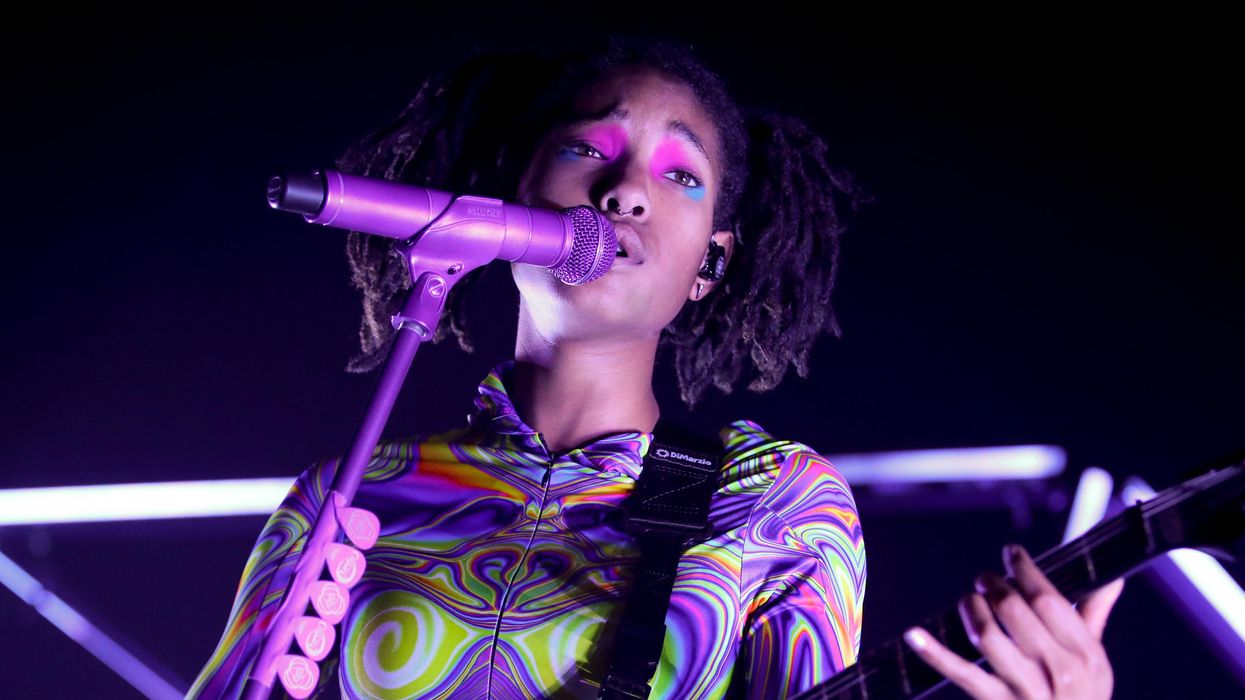 Willow Smith recently celebrated the release of her new album lately I feel EVERYTHING. The singer held a concert on Facebook Watch on Friday night, and it was a jam-packed hour-long set. The performance included a pop-punk version of her 2010 hit song “Whip My Hair.”

During the 20-year-old’s new rendition of the bop, she sat down on a stool on the stage while playing an electric guitar as she got her hair shaved off in the middle of the song. She said in a behind-the-scenes interview, “I’m always shaving my head at monumental times in my life when things are really changing and this is definitely one of those moments.”

The singer has shifted genres since the beginning of her music career and is now in her pop-punk era. In her latest album, she’s also collaborated with pop-punk and rock icons Avril Lavigne and Travis Barker for songs like “G R O W,” “Transparent Soul” and “Gaslight.”

Related | Jada Pinkett-Smith Reveals Why She Shaved Her Head

Smith also shaved her hair back in 2012 during her Whip My Hair tour.

Willow also inspired her mom, Jada Pinkett Smith, to shave her head. She wrote on Instagram, “Willow made me do it because it was time to let go BUT … my 50’s are bout to be Divinely lit with this shed.”