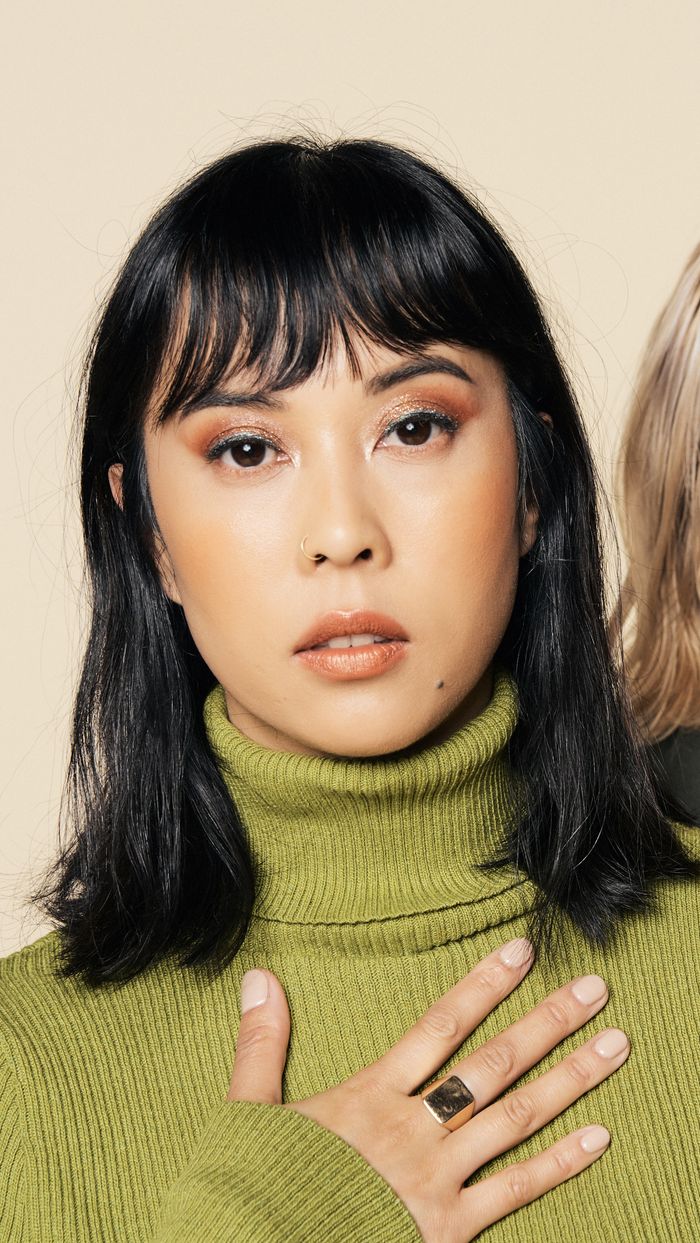 The idea of writing songs about love with your ex might sound impossible, but The Naked and Famous does exactly this on Recover, their latest album and follow-up to 2016’s Simple Forms — and they do it well.

After ending their relationship as a couple, members Alisa Xayalith and Thom Powers kept the band together, and the release of Recover proves that the end of a love story doesn’t also mean the end of creative collaboration. In fact, this album sounds like their most positively pensive yet.

Nearly 13 years and four albums later, The Naked and Famous is showing off the visual for their latest — and final — single off Recover. The music video for “Everybody Knows” premieres today on PAPER and explores the idea that love is a double-edged sword. While the high it provides is unexplainable, the challenges are also inevitable.

“The ones we love have the power to make us feel wonderful about life,” Xayalith said about the track. “They can also make it feel like our world is crumbling. They lift us up and tear us down. This song is about that push and pull.”

“Everybody Knows” seems less like a traditional love song by acknowledging the pieces of a relationship that aren’t sexy enough to make it into movie tropes. “I’m not immune to days of doubt,” Xayalith sings on the bridge. “No guarantee that I won’t ever let you down.”

Powers acknowledged that “Everybody Knows” isn’t a one-sided view of love. “It’s easy to comment on other people’s relationships from on-high,” he said. “‘Everybody Knows’ is the view from both inside and outside of love. I produced the vocal to echo this idea — you can sing along with the mob or hear it sung just for you.”

The visual takes a much more amusing approach in contrast to the track’s deeply personal themes. Powers was inspired by “the glory days of MTV” and the alt-rock videos that would grace the channel — “basically something Beavis and Butthead might’ve been watching,” he said.

The duo worked on the entire album’s visual aesthetic alongside Creative Director Jori Teplitsky, with a goal to focus on Xayalith and Powers as people beyond the band name. “In the past, we created a bit of distance between us and our music videos and visuals, but ‘Recover’ has had a consistent style and aesthetic related to Alisa and me as the individuals behind the art,” Power explained.

He continued, “With the video for ‘Sunseeker,’ there is a team spirit — we’re dancing together. The ‘Bury Us’ video is a metaphor for the legit band-drama that we create. ‘Everybody Knows’ is a reflection of the internal comedy we create: Alisa is the superstar, and I am the ‘jack of all trades (and master of none).’ This is very much how our band exists.”

Stream Recover by The Naked and Famous, below.

Photo courtesy of The Naked and Famous