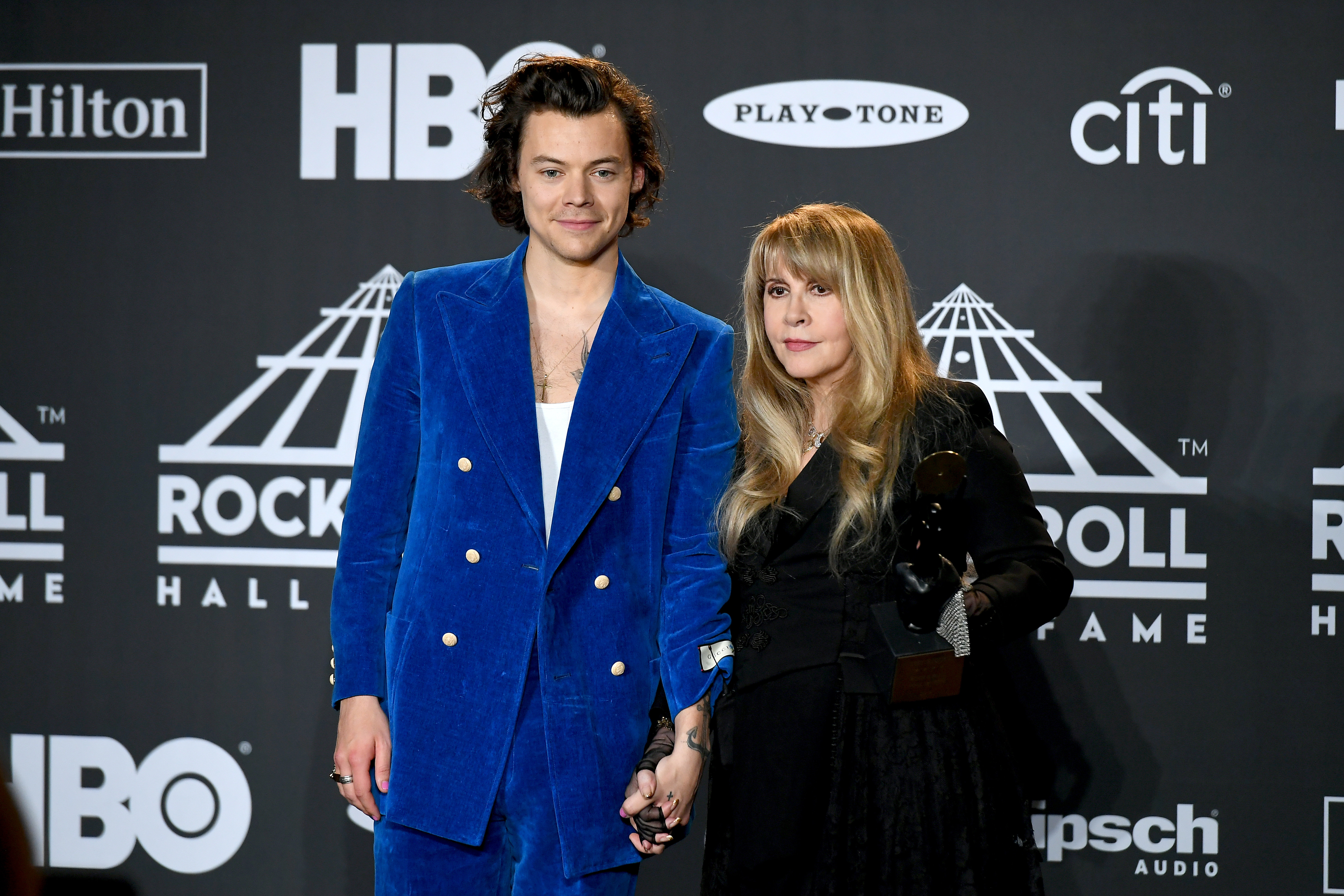 Let me paint a picture for you. Stevie Nicks in a large sunfilled room room in her Los Angeles condo, wearing an oversized sweater and moccasins or perhaps a flowing nightgown, brow furrowed and bangs akimbo, guitars and novels strewn everywhere, painting away on an easel while Harry Styles’ “Watermelon Sugar” plays softly on vinyl in the background.

I’m happy to report that this is actually a 100% accurate depiction of Stevie Nicks at this very moment. This morning, she shared the most beautiful Twitter note I’ve ever seen (the Apple Chancery Italic font! the hand-penned doodles and signature!), revealing that not only is she bumping Styles’ excellent new album on repeat while quarantining with her goddaughters, dogs and her assistant (shout out to Karen) but the One Directioner is actually inspiring her own work.

“I am getting all my paintings and drawings out~ listening to music (mostly Harry Styles’ “Fine Line”) and being inspired by him to write some new songs and poetry,” she wrote.

Nicks, the most trusted source in music journalism, also delivered this remarkable review: “Way to go H. it is your Rumors.” With the “is” underlined.

Comparing Styles’ psychedelic pop-rock, second solo effort to Fleetwood Mac’s 1977 Grammy Album of the Year-winner magnum opus, including songs like “Go Your Own Way,” “Dreams” and “The Chain,” is certainly a bold statement. But hey, sorry to this man (this man being Pitchfork’s 6.0 review), Stevie Nicks has spoken.

This is surely the honor of a lifetime for Styles, a friend of Nicks and diehard Fleetwood Mac fan. His new album is heavily inspired by the Laurel Canyon scene she founded. When he introducing her at her Rock and Roll Hall of Fame induction ceremony in 2019, he referred to her as a “magical gypsy godmother who occupies the in-between” and later said “Her songs make you ache, feel on top of the world, make you want to dance, and usually all three at the same time. She’s responsible for more running mascara — including my own — than all the bad dates in history combined. That is true Stevie.”

For her part Nicks has called Styles “the son [she] never had and described him as “Mick [Fleetwood]’s and my love child.”

Well, if he was at all still sore about it, this note definitely makes up for the time she referred to Styles as the lead singer of NSYNC*.