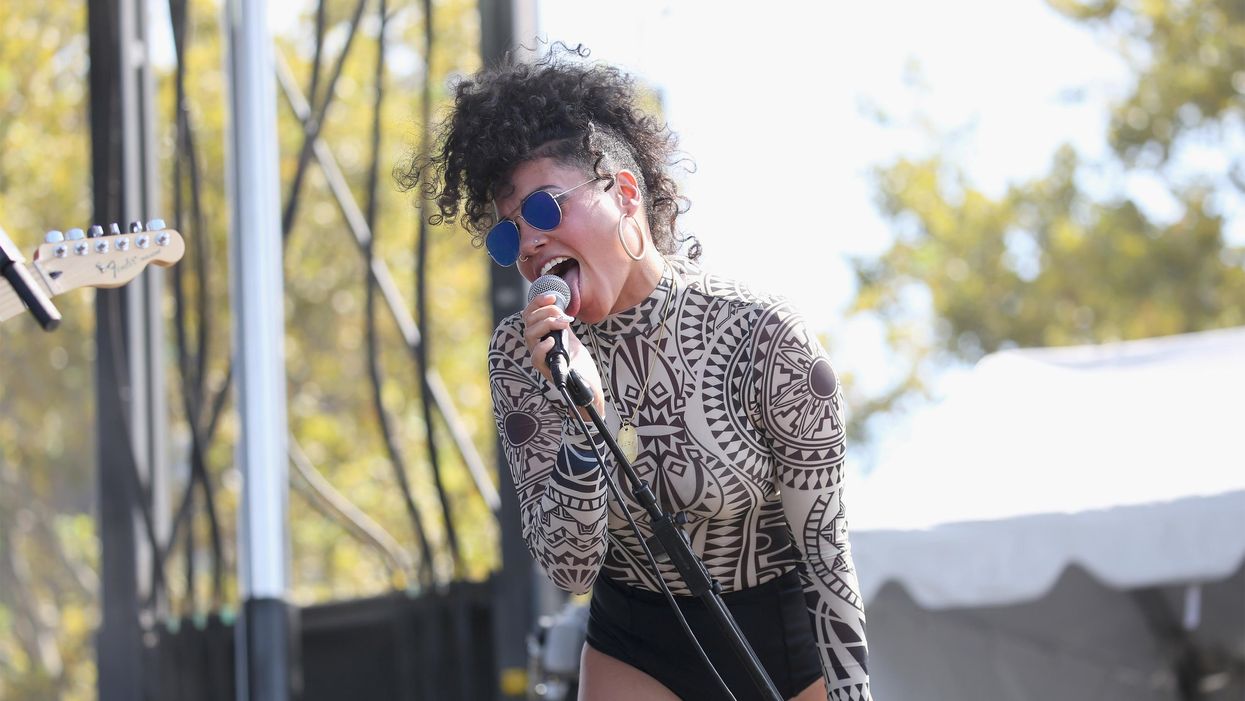 Brass Against’s lead singer, Sophia Urista, peed on a fan onstage and it was caught on video. The clip has since gone viral and now the artist took to Instagram to apologize for the incident.

“I am not a shock artist,” she continued. “I always want to put the music first. I’m grateful for all of your continued love and support.”

Fans showed their support in the comments section, and her band posted some heart emojis just below to let her know they’re with her 100%.

On November 11, Urista was on stage at the Welcome to Rockville festival in Daytona Beach when she told the crowd that she needed to go to the bathroom, saying, “I gotta pee, and I can’t make it to the bathroom. So we might as well make a show out of it.”

She then invited a man on stage, reportedly saying beforehand, “Get my man with the can on his head ready, ’cause we’re going to bring him onstage and I’ma piss in this motherfucker’s mouth.”

The following day, Brass Against apologized on social media, writing, “We had a great time last night at Welcome to Rockville. Sophia got carried away. That’s not something the rest of us expected, and it’s not something you’ll see again at our shows.”