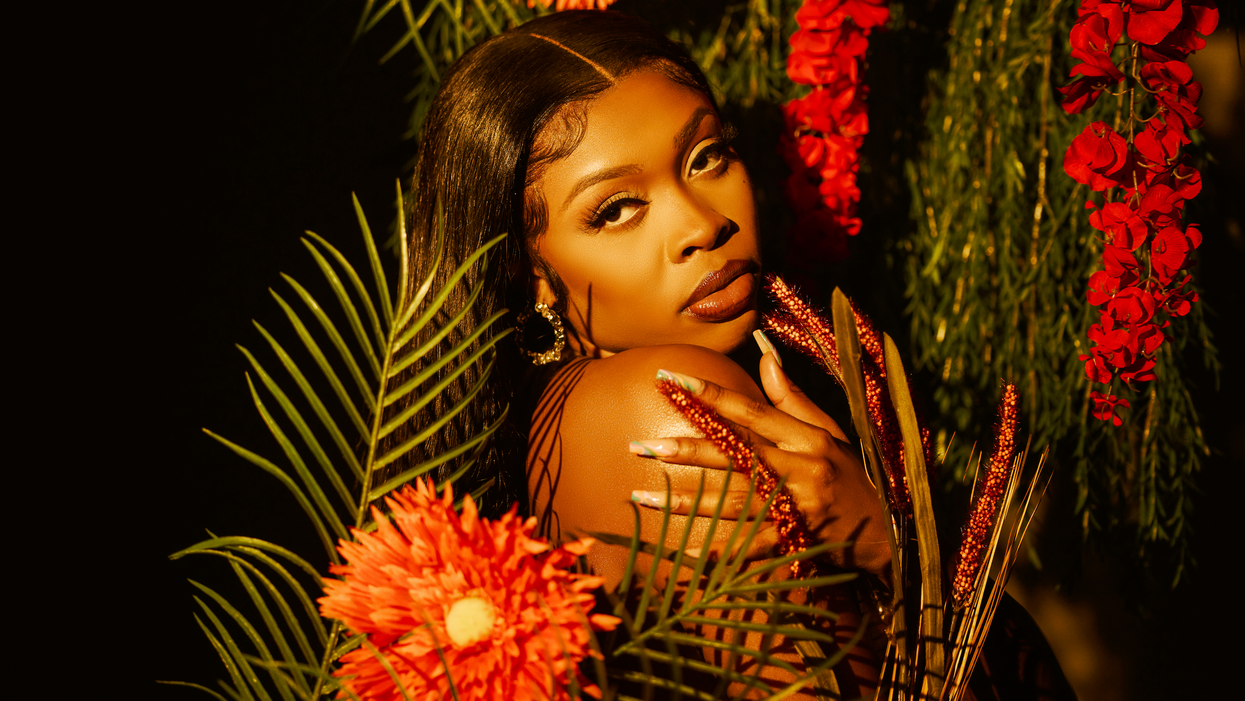 Whether you’ve just started listening to her or have been following her career since she released her first project in 2011, you know that Tink isn’t someone who minces words.

The 26-year-old rapper’s explaining what the song “Might Let You,” from her long-awaited sophomore album Heat of the Moment, means via e-mail, and judging by the formality of the communication service, you wouldn’t be wrong to expect her to dress it up in corporate overtones.

“‘Might Let You’ is a record you’d want to play on the way to a dick appointment,” she says. “I’m challenging a man, telling him what I need for the night. It’s a feel good to me.”

Related | Flo Milli Is Here for More Than a Moment

Tink burst onto the scene with Winter’s Diary in 2011 as a wide-eyed 16-year-old making basement ballads about sneaky sex links and smoking. In the decade since, she’s released multiple mixtapes, signed a record deal and departed it, and been named an XXL Freshman back in 2015. She’s found a fervid fan base obsessed with her ability to make melodies and spit viciously — often on the same tracks.

Her latest album, Heat of the Moment, created with esteemed producer Hitmaka, released in July and now, we’re here with the deluxe edition. With its release arrives the “Might Let You” video for her collaboration with Davido — someone that Hitmaka connected her with and says that working together consisted of “nonstop laughing.” Its video is every bit as blunt and multifaceted as Tink is, and proof that she is the heat of the moment.

Don’t get it twisted, though — Tink’s fire isn’t going out anytime soon. She’s “in the process of letting thoughts flow,” as she prepares to create a new “special project,” and if her prolific release schedule is any indicator, there’s definitely more coming after that.

Here’s Tink on “Might Let You,” working with Davido, what she has coming in the future and more, below.

How did you connect with Davido?

Hitmaka linked us. I’m a big fan of Davido and Afrobeats music, so coming together was real exciting.

“Might Let You” was recorded in San Francisco. This was the first night we started the album. I went in looking for up-tempo vibes and “Might Let You” felt right.

Working with Davido was a vibe; he brings a lot of high energy and he’s really fun to be around. Working together was lit… it’s nonstop laughing.

What’s the idea behind the video?

The video’s directed by Daniel Czerni, one of my favorite videographers to shoot with. He always has crazy visions and in the video, my car breaks down in the rain as I’m driving. We mixed a ’60s vibe with 2021. How have you grown since the initial release of the album?

Since the release of the album, I’ve been more busy than ever. I think my sound is reaching a new set of listeners. I’ve really grown in terms of trying new approaches — pushing myself to step out the box more.

What was it like being on tour with Queen Naija?

The Butterfly Tour was emotional. I met a lot of women, who would come up and tell me their story. Sometimes they would breakdown before the show. It really put things in perspective for me. Ppening for Queen Naija was dope, especially since people like to pin women against each other a lot. I think we ended a lot of misconceptions about us with this tour.

What have you learned about yourself while on tour?

While on tour, I learned that I’m not as alone as I may think. Meeting all these people, and seeing them relate and sing my songs word-for-word gave me that confirmation: I’m on point.

What are you currently working on?

Right now, I’m working on a special project. I’ve been writing ideas and verses since September, but I haven’t recorded much yet. So I’m just in the process, letting thoughts flow and figuring out what all I want to say next.