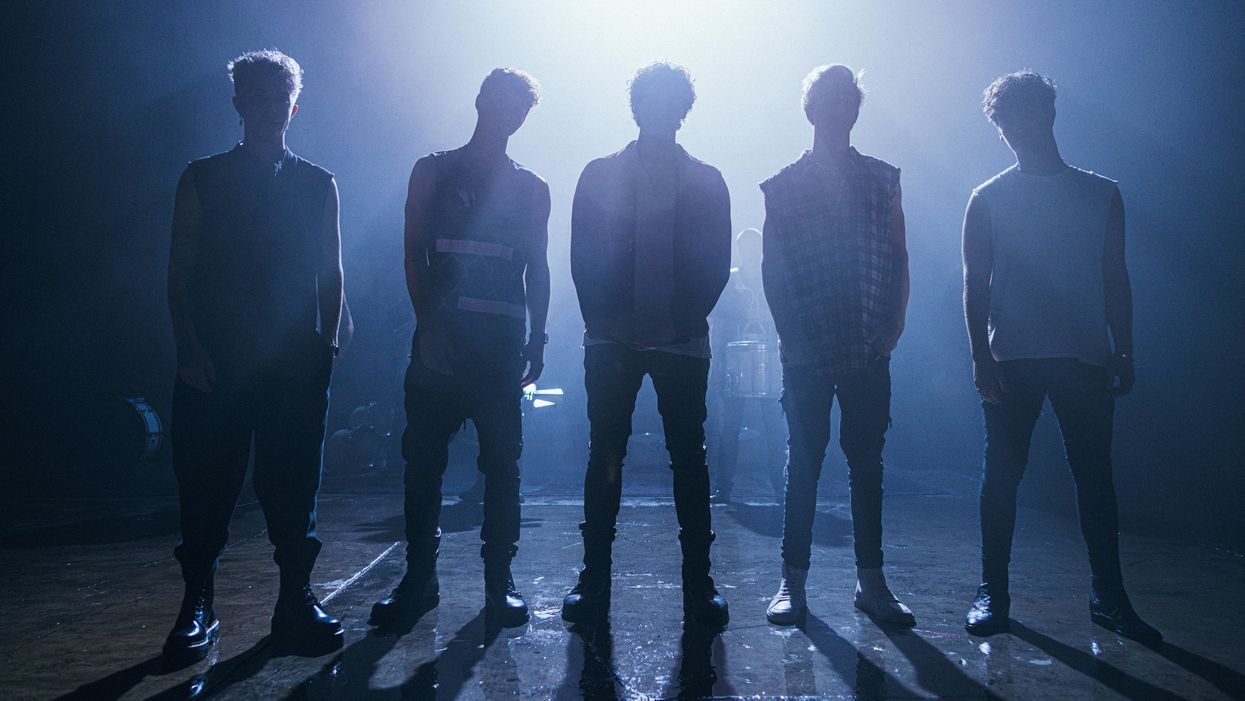 It’s official — Why Don’t We, everyone’s favorite pop-rock band, is back.

After two years since their last highly streamed LP, 8 Letters, and successful singles such as “Hooked” and its title track, WDW fans have felt the painful void, eagerly awaiting a new release. Earlier this month, hashtags #whereiswdw and #welcomebackwdw began trending on Twitter, and all stans know that this usually means something great is coming.

Look no further, WDW stans, for Daniel Seavey, Corbyn Besson, Jonah Marais, Jack Avery and Zach Herron have returned with even more hooks on their lovestruck new single, “Fallin’,” featuring lyrics that capture the initial intensity of a budding love affair. Its vibrant, multicolored and cinematic visual is also out today.

The visual depicts all five members performing on a drenched stage, sifting through rushing water while its lyrics equate the strength and complexities of love to that of a storm. “I can feel the rush of adrenaline/ I’m not scared to jump if you want to,” they croon in the first verse, “Let’s just fall in love for the hell of it.”

All members appear in situations that look like action films, either singing from a cell tower that is soon to be struck by lightning or atop a flipped car in a junkyard or even floating mid-air. The group joins together in one of the closing scenes, emulating the 1974 album cover of Queen’s Queen II — black backdrop and all — with Avery’s arms crossed across his chest surrounded by bandmates.

After their two-year hiatus and four years together, the quintet recently found solace earlier this year in the studio, cherishing the opportunity to take the reins, penning, producing and recording their next musical chapter.

“Writing and producing our own music has been one of the most rewarding experiences for us,” Besson says of “Fallin’,” adding that “in the past four years we’ve become confident enough to reinvent ourselves, becoming the band we always hoped to be.” Seavey adds, “It was time to do this ourselves. These are our ideas, melodies and thoughts.”

After all, what better comeback for a beloved band than a self-made one? Stream “Fallin'” here and check out exclusive shots from the set of its music video, below. 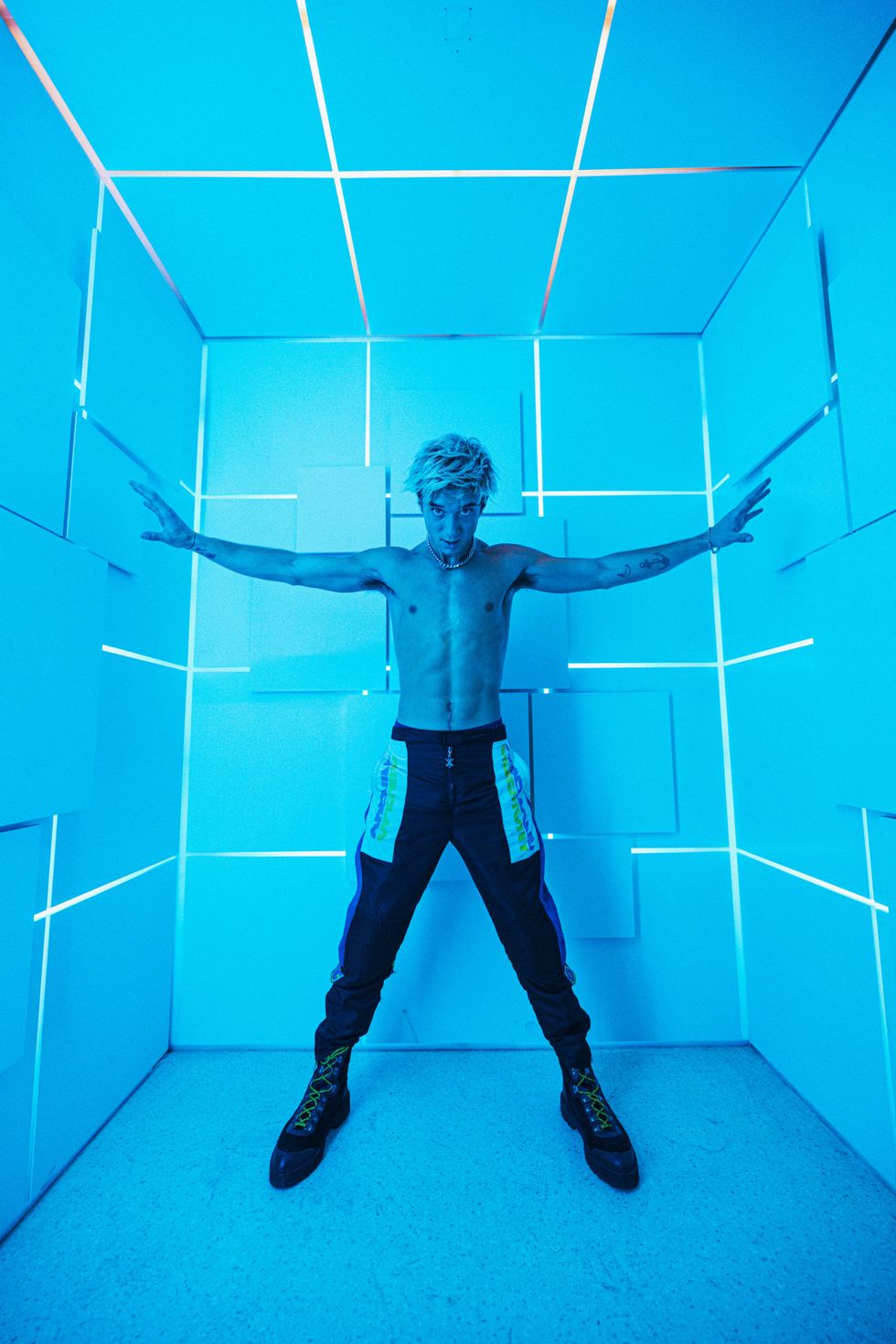 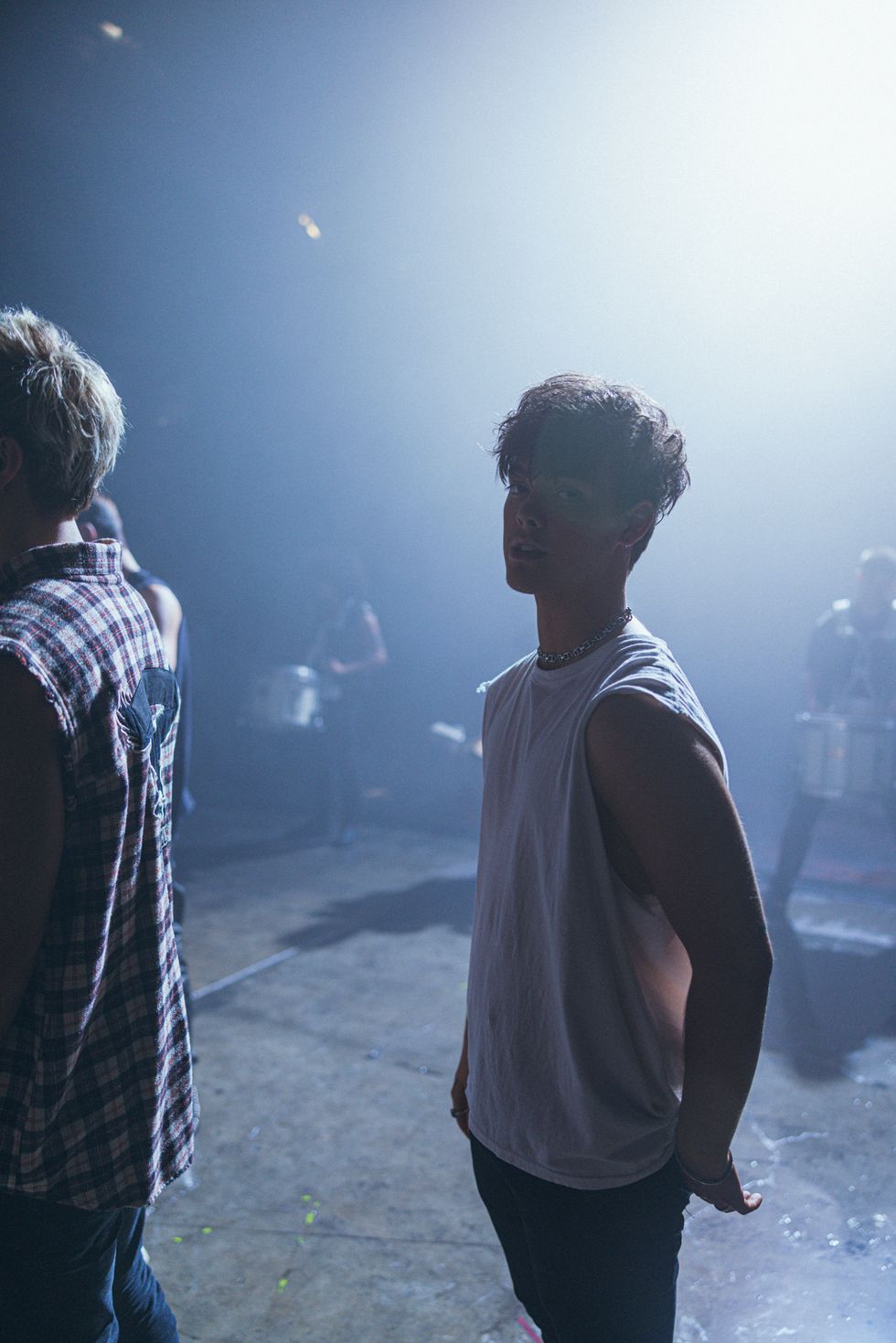 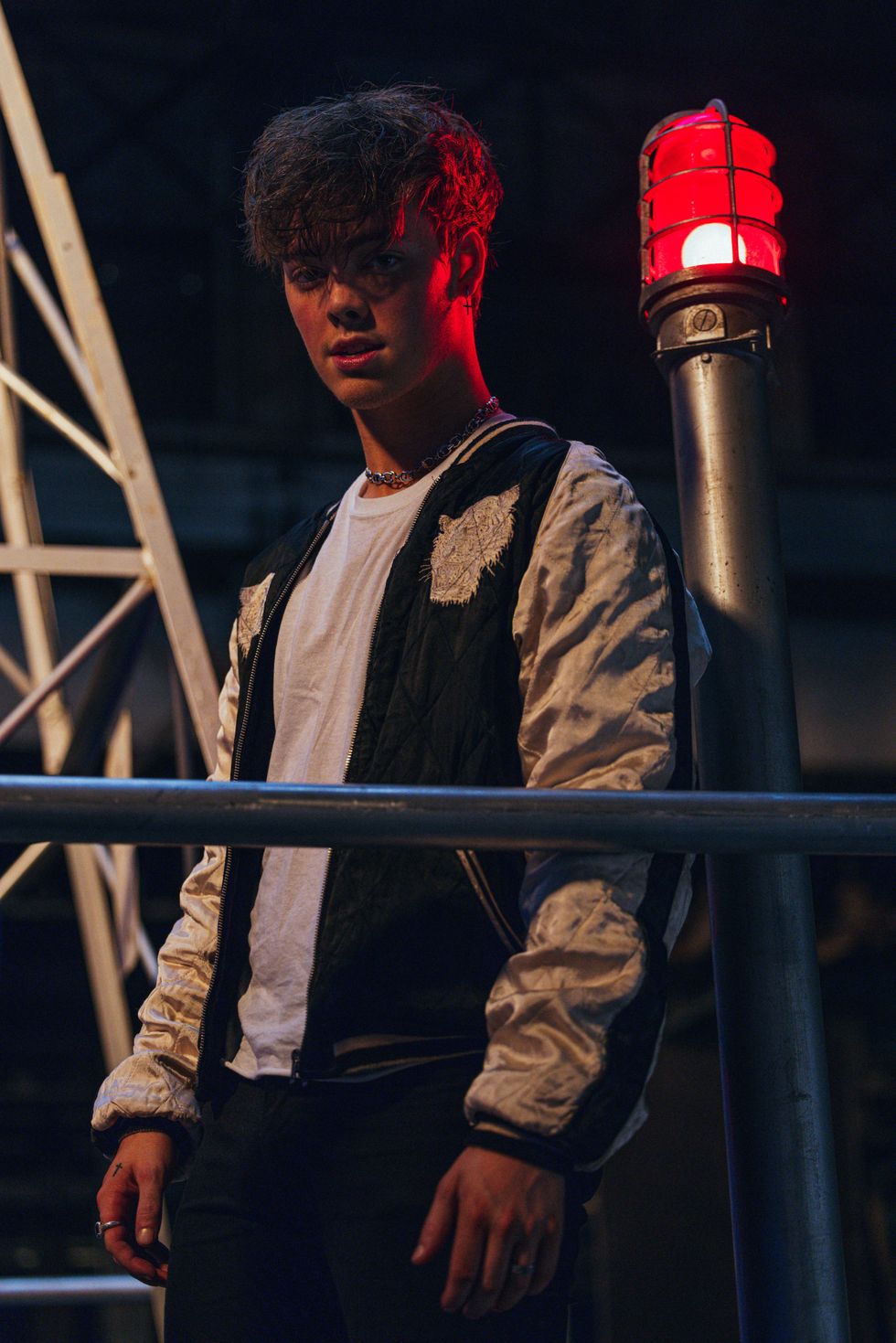 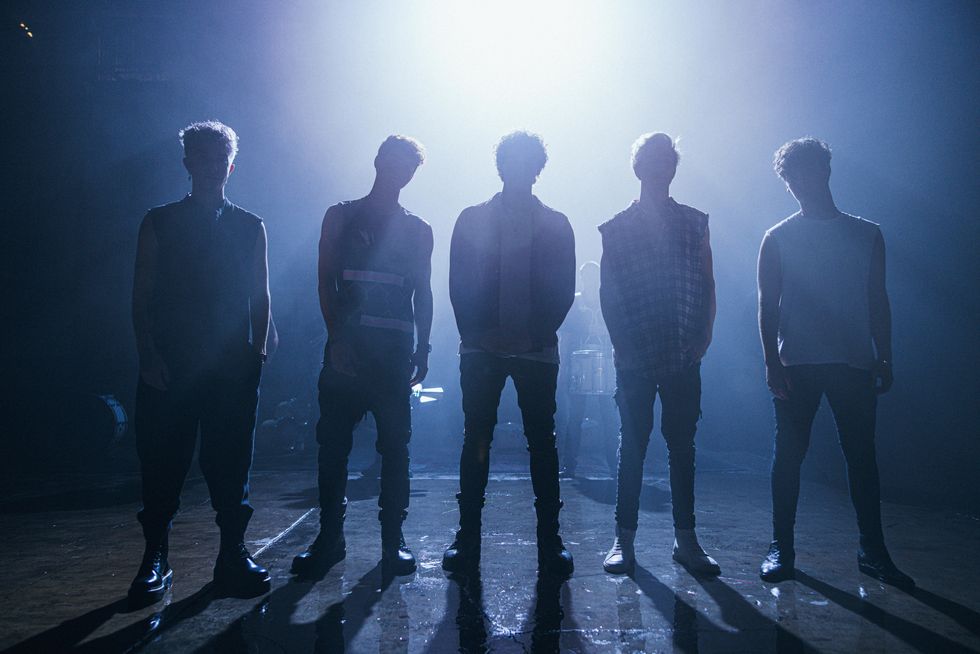 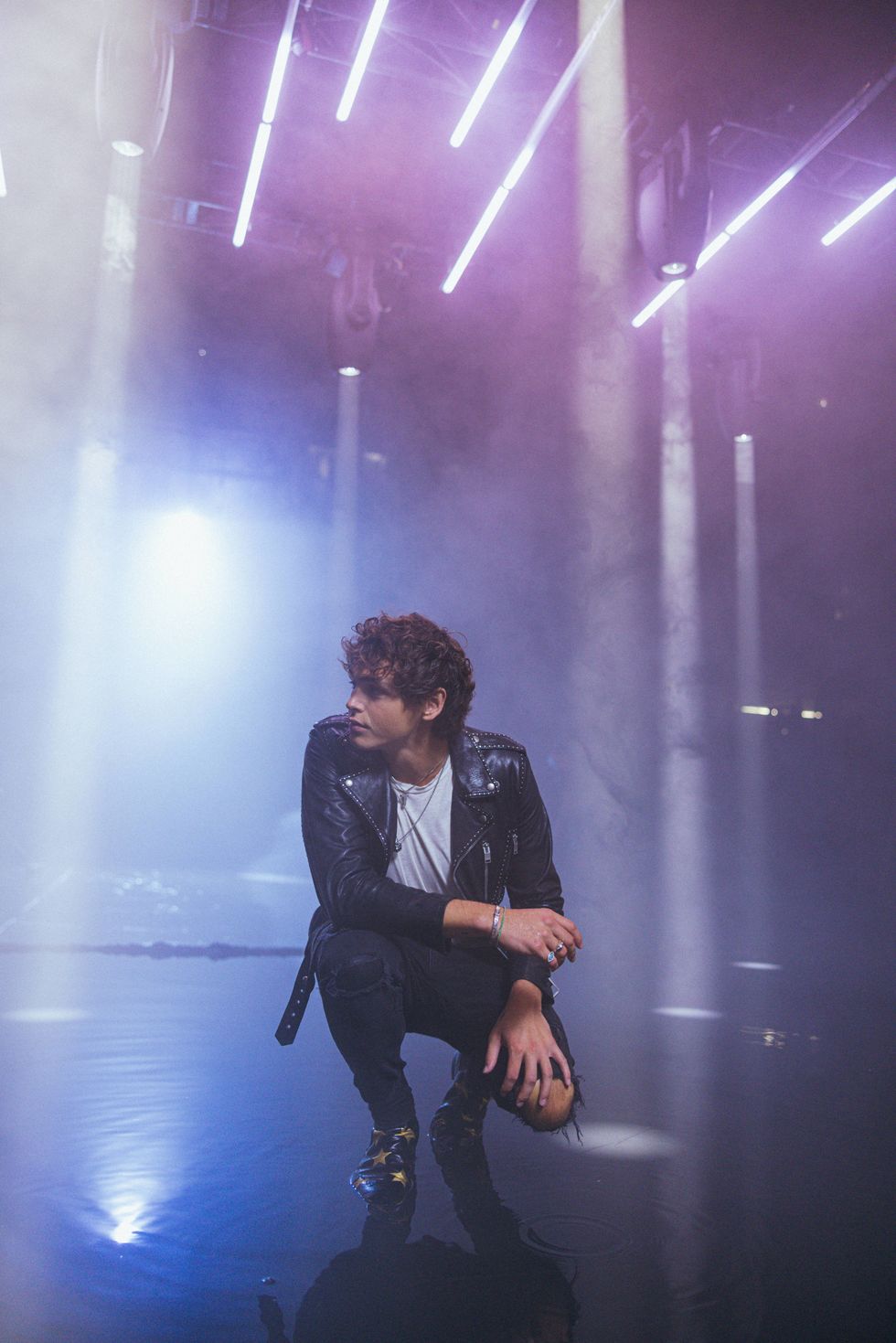 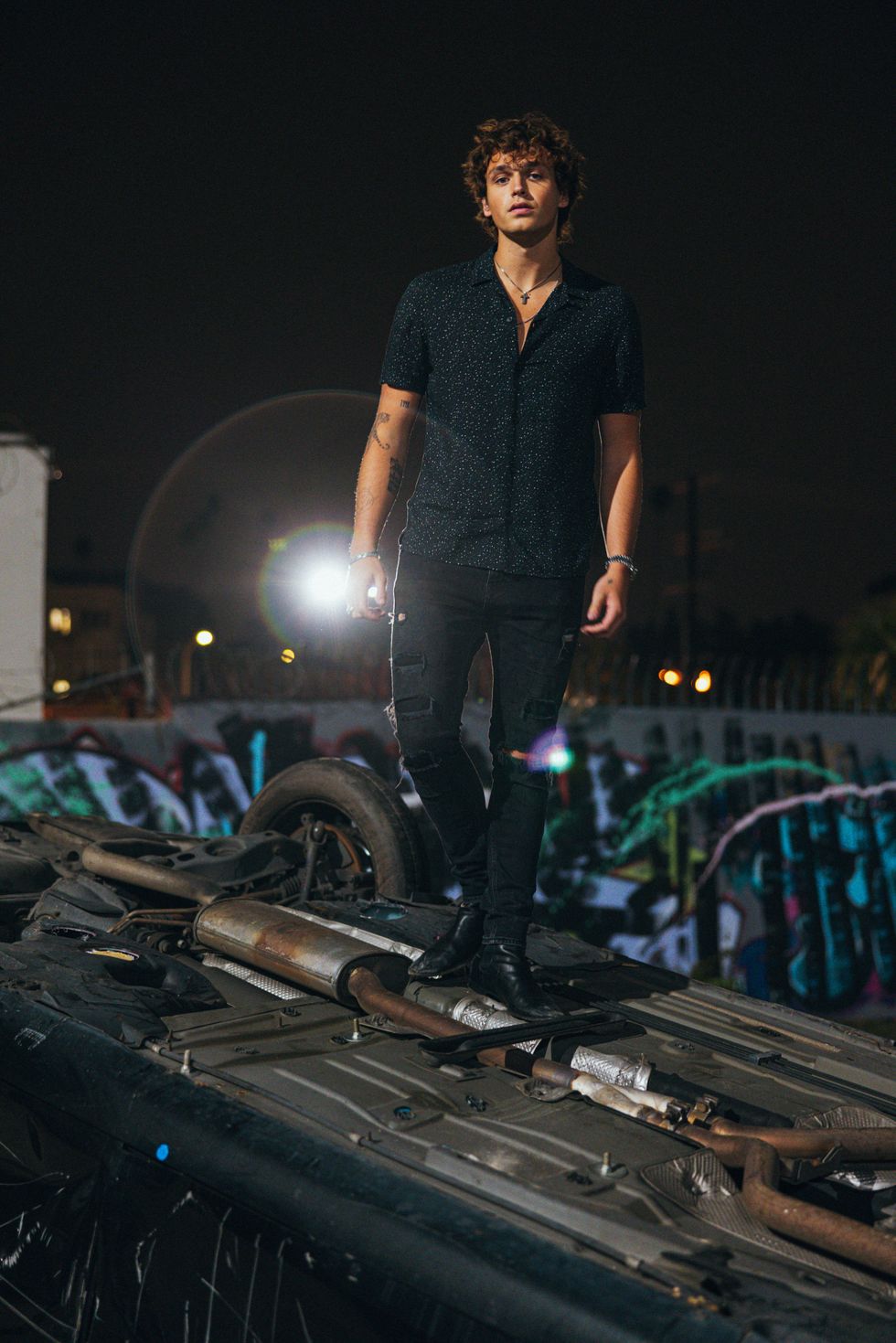 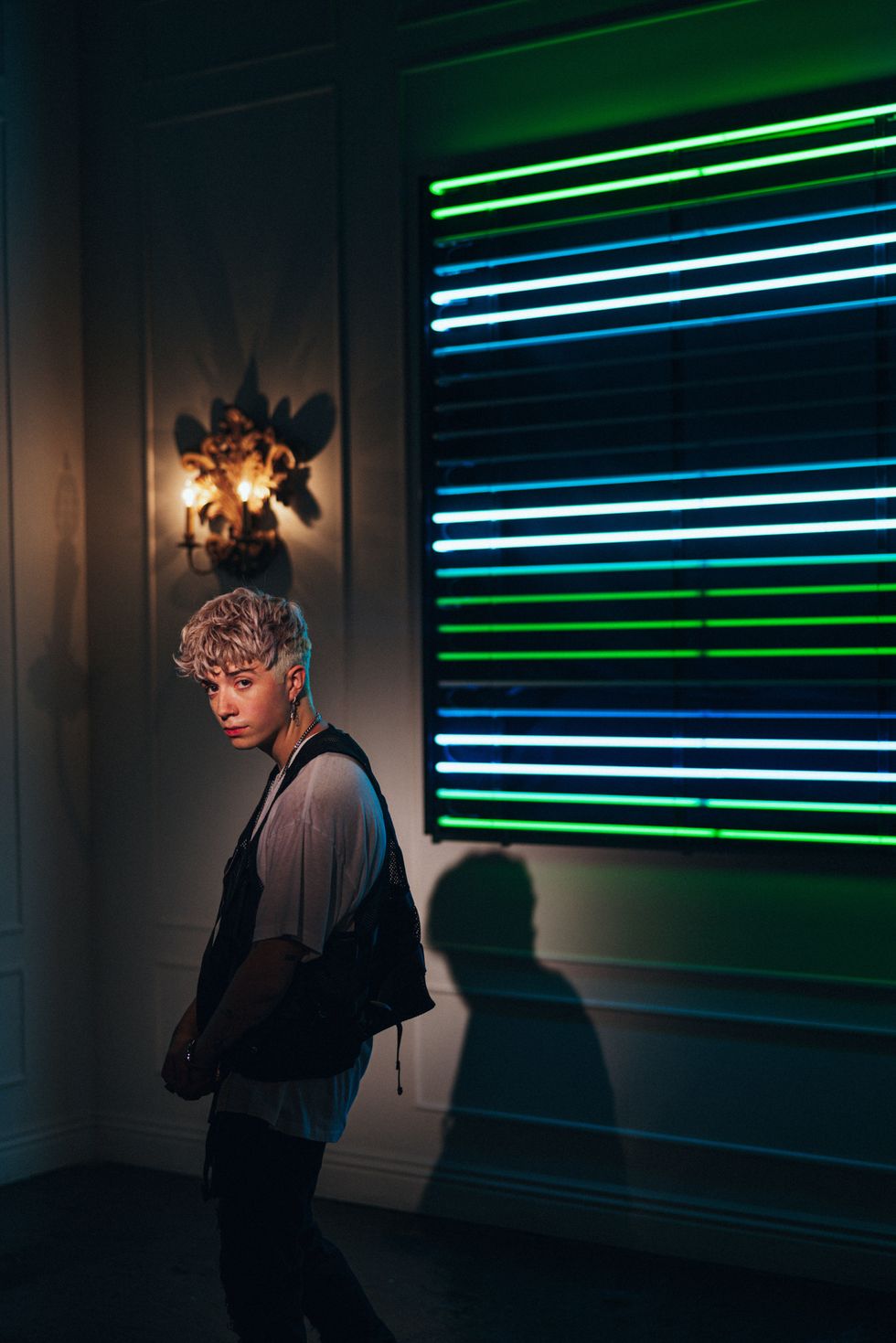 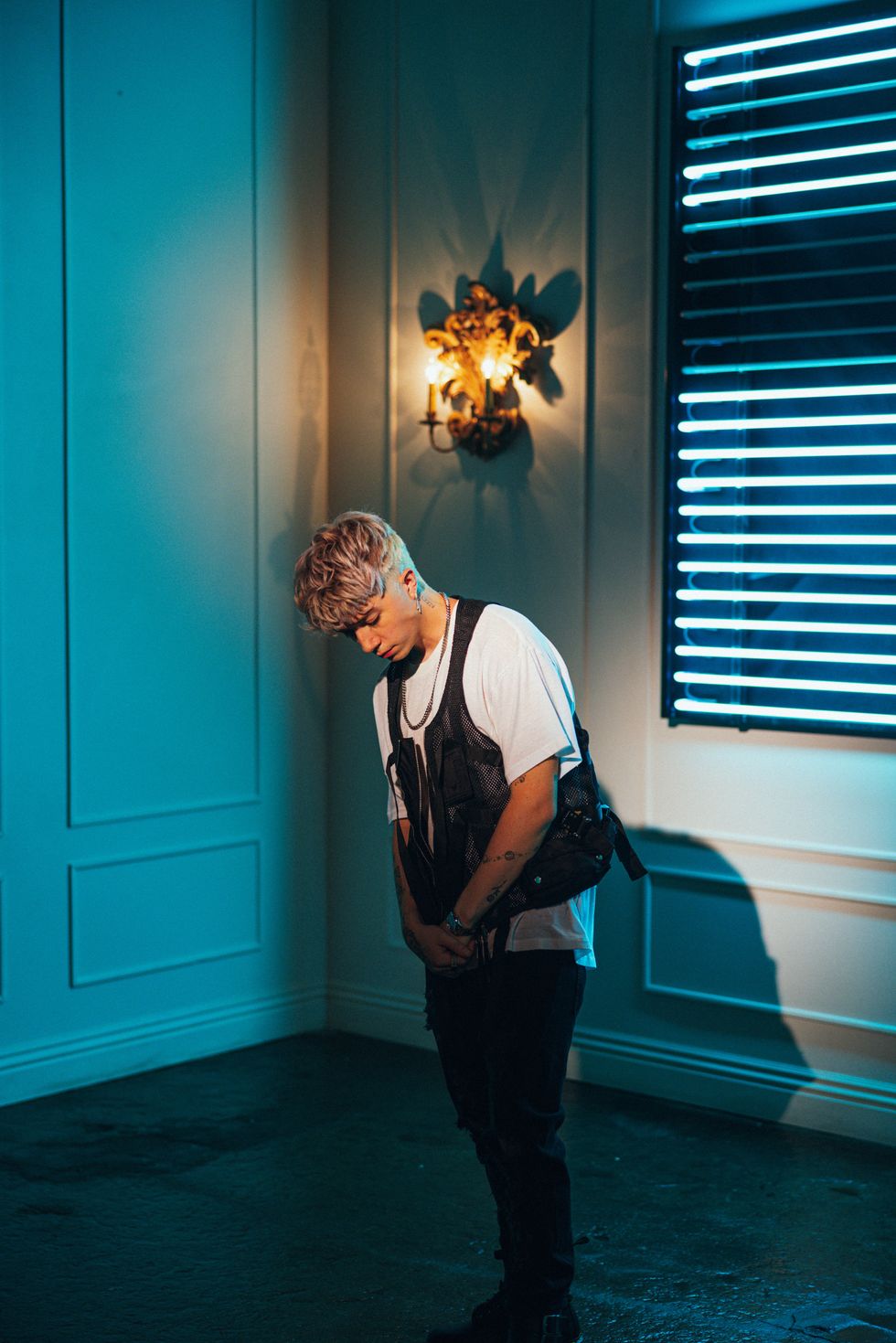 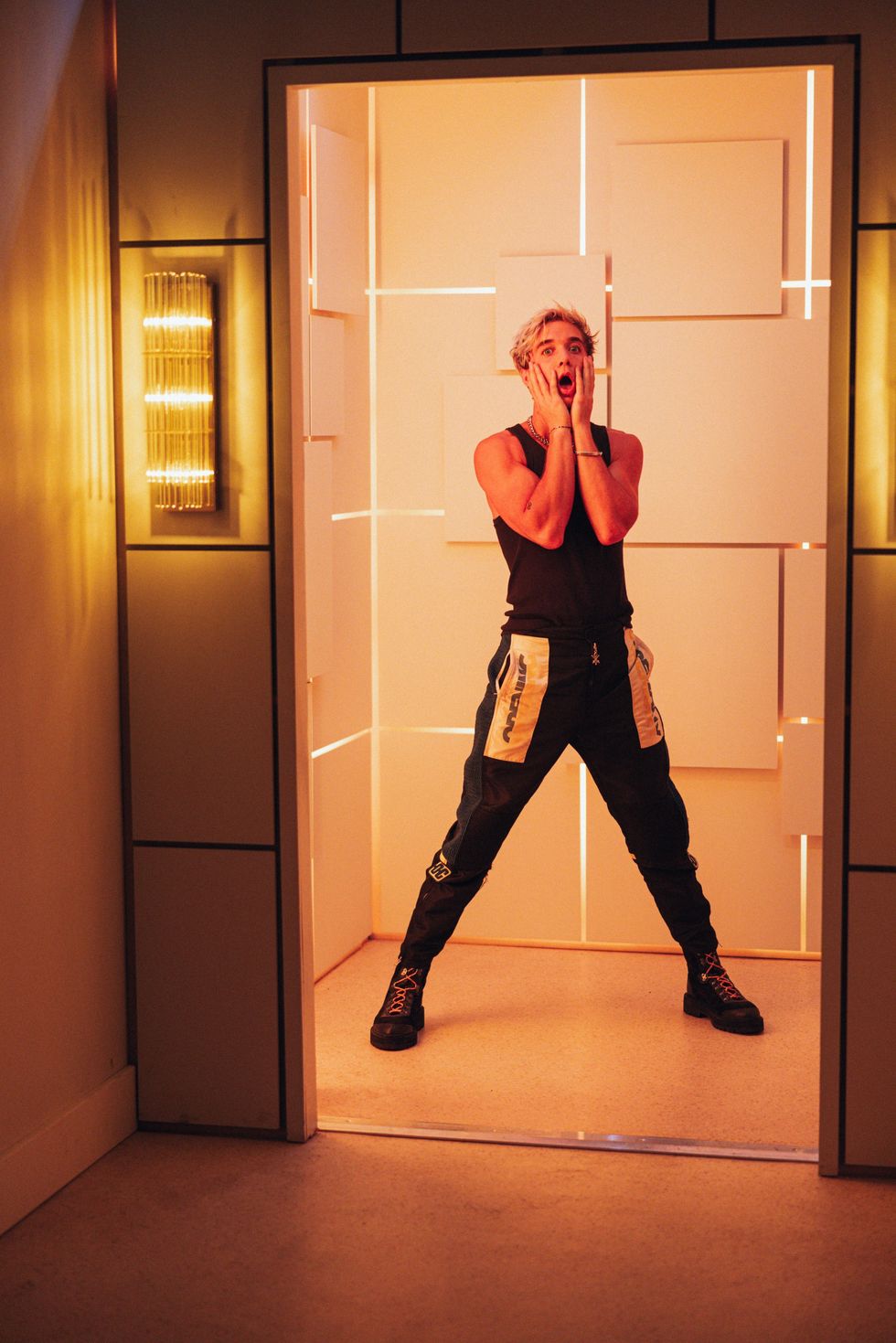 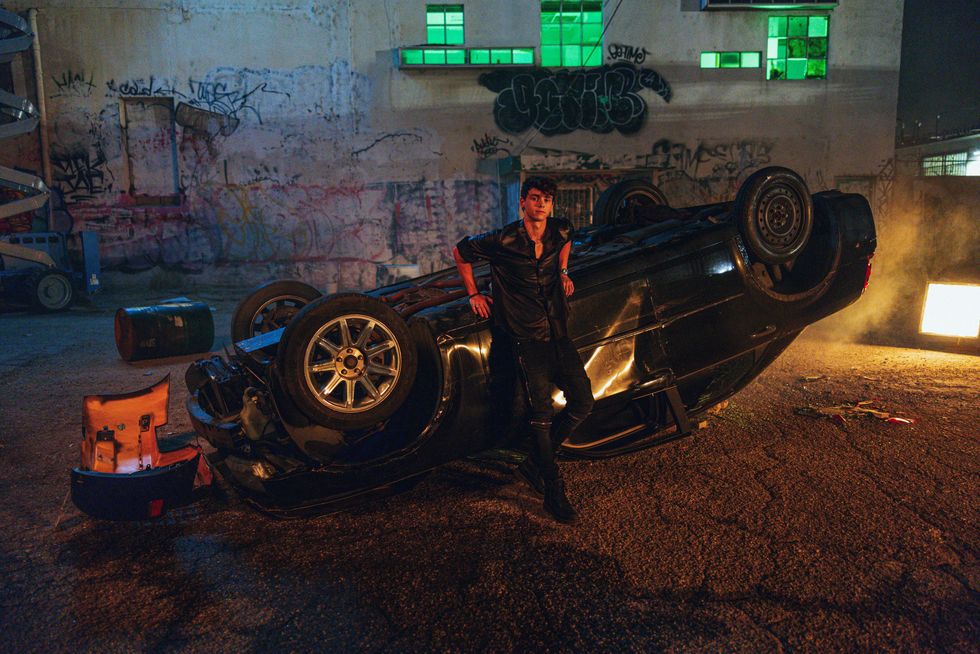 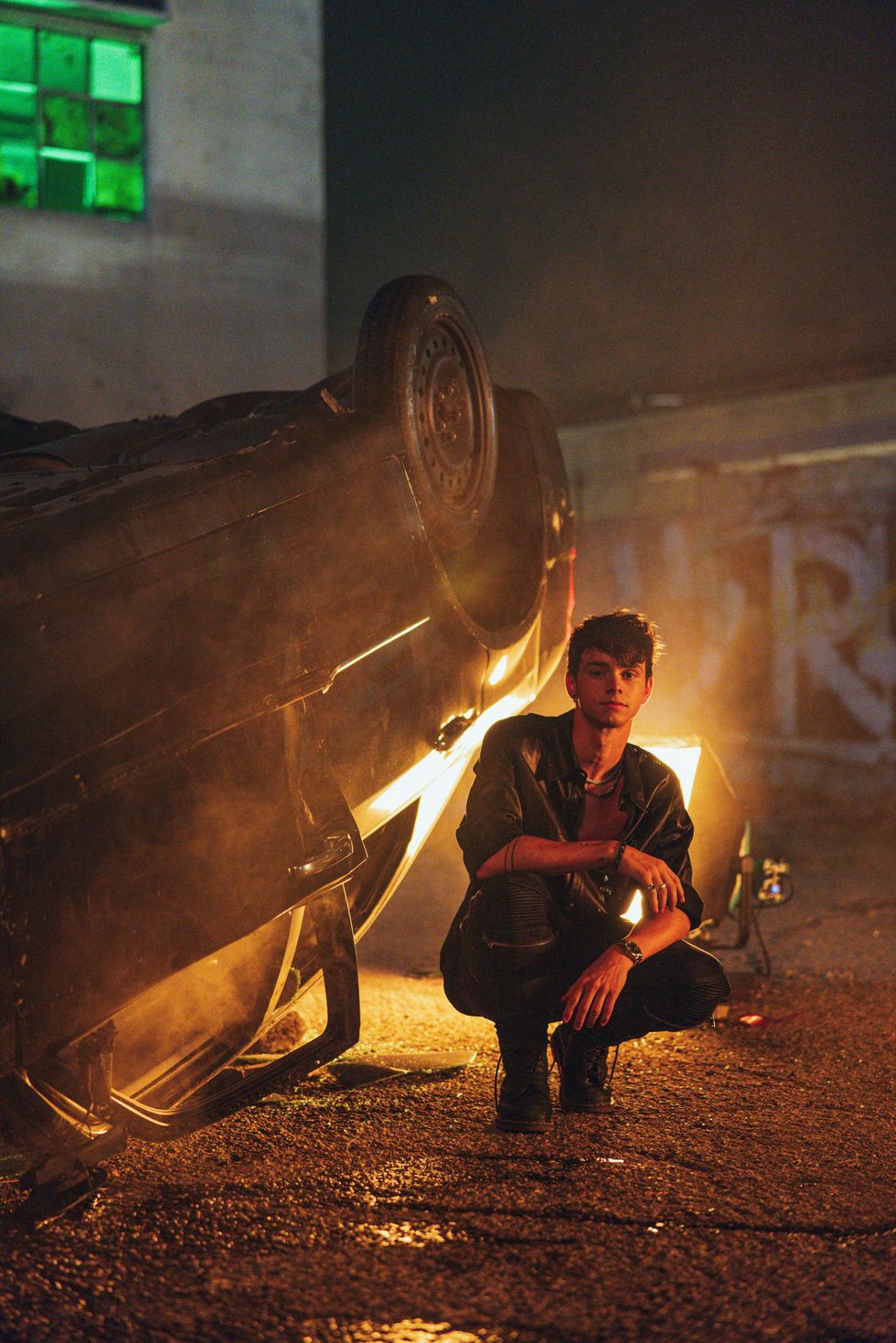