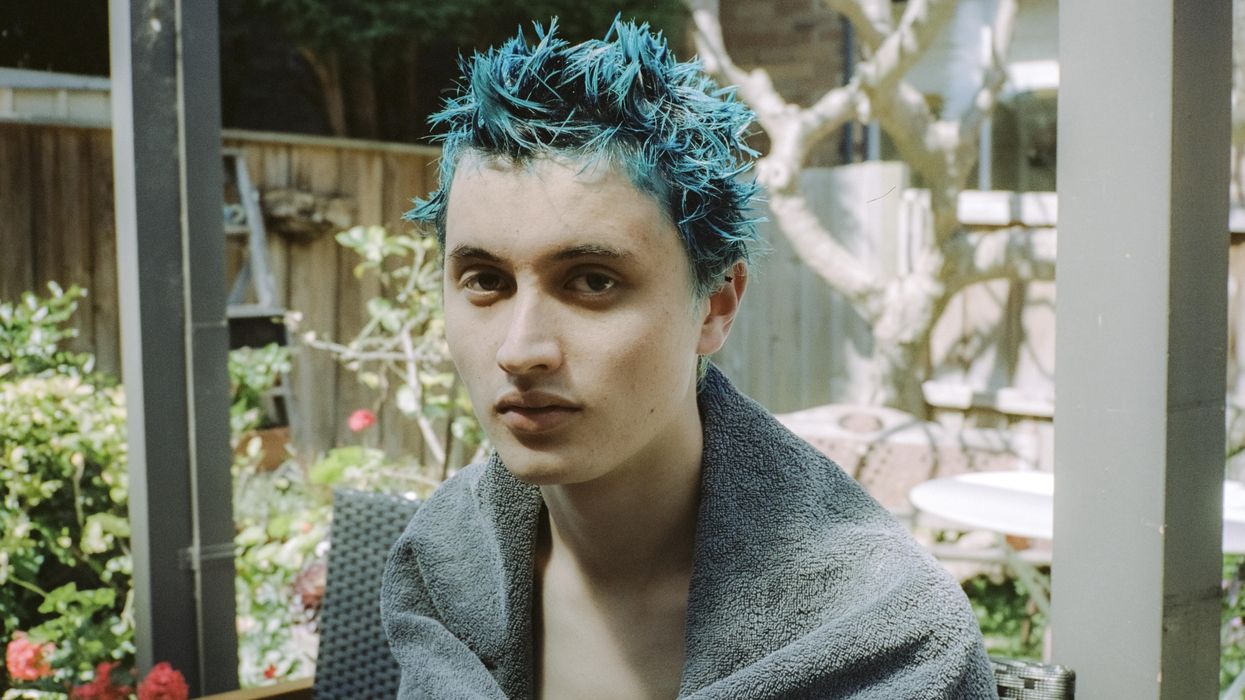 The first release since his debut EP, Everything I Wish I Told You, Sydney-based Nick Ward’s new single, “PRINCESS,” is a return to emotional songwriting and storytelling — written about relationships and the complex desire to be “anything” for a lover. Ward shatters Australia’s masculine, patriarchal values, by offering to “be the princess” or “play the queen,” and opens up the “infinite aspects” of his own gender and identity in order to be a “devoted, malleable thing for someone else.”

Its accompanying video, shot this year in lockdown and created alongside partner Jacinthe Lau, depicts Ward shaving his head in an act of willful transformation. “I’ve often felt so self conscious about how I don’t fit in,” He says. “‘PRINCESS’ is me embracing the beauty and power of being your own type of man.” Ahead of his sophomore EP, which will include “PRINCESS,” PAPER asked Ward to talk more about his life with Lau and their collaboration together.

Jacinthe and I met at the start of 2020, right before lockdown, after I replied to an Instagram story she shared about Paris, Texas. Since getting together, we have collaborated on all the art direction for my project, and in the short time that she’s been doing freelance art direction, she’s worked on projects for Stevan, Dylan Atlantis, Dinosaurus Productions, Arcadia Music and some other exciting unreleased collaborations. She’s an art student and has a much better grasp of the handiwork involved in type, printmaking and photography, while I am a bit more curative and narrative-focused. I think that dynamic really works for my project and saves any ego clashes. I definitely tend to get anxious and hard-to-be-around when we’re working to a deadline, but Jacinthe is always really patient with me and troubleshoots anything that halts the process.

Thankfully, we kind of have our own language when we’re working together. I have a lot of friends in relationships with collaborators, and it seems quite tense a lot of the time, perhaps because they’re usually working in the same medium rather than their own spaces. Jacinthe and I have our own separate hustles going on. We spend a lot of our time together watching films, going to galleries, talking about music and working on upcoming visuals. And while our tastes overlap quite a lot, I’m still surprised by a lot of what she sends over to me.

As much as we have in common, there are a lot of areas where we sit at opposite ends of the spectrum, in a harmonious way. For instance, death and legacy come up a lot on this new project, and when I had a discussion with Jacinthe about it, she told me that she’d have no problem with people moving on after she passes away — while I will spend every day of my life preventing that from happening. I’m so scared of being forgotten, and quite self-centered in that way; she’s more selfless and has a balanced ego. When we read the Steve Jobs biography on a short getaway together, she really didn’t like him, while I went into fanboy mode. (Hence, we have a track on the EP titled “Steve Jobs.”)

Since our relationship has been a big inspiration on my new project, we decided to take photos of a day in our lives in October 2021. I started the day by doing some additional production on a mix I’m finishing off, and she slept-in, reading her new book. My recently bleached hair was getting pretty ratty, so we decided to dye it again before I go into this new press rollout. A huge part of our process together is collecting reference images in a collaborative folder, which we flip through anytime we need some inspiration. We visited Kinokuniya, our favourite book store to find some new art books. I am a recovering coffee-table book addict, so I just browsed and took photos of any pages I liked. A book about Ryuichi Sakamoto — my hero — caught my eye. Jacinthe spent a lot of time looking through David LaChapelle’s retrospective book. Even though his work is a lot campier and stylish than ours, the production design and lighting is super inspiring.

To finish, I thought I may as well ask Jacinthe some questions about our relationship and collaboration:

Why do you think we make a good team? Why does it work?

It’s exactly like Nick said — we work well because our tastes align pretty seamlessly. So much of what we read, watch, listen to is the same. More often than not, when Nick communicates a visual idea, it’s already something that I’ve been thinking. I also think we make a good team because Nick always has such a clear idea of what he wants visually — and I’m not exactly the most decisive person. It makes it easy working with someone who already has great taste — he gets the ball rolling, so all I have to do is focus on how to bring those ideas to life.

What’s your proudest moment so far?

Definitely this latest video for “PRINCESS.” The song means so much to me personally, and to be able to create the video was so rewarding. It was such a challenge — filming an entire music video in lockdown, in one room, and shooting Super 8 for the first time. The both of us have so much invested in this video and this song, and I think it’s fair to say when you watch it, you’ll be able to see the love and attention we put into creating it.

Do you think ego and art go hand-in-hand? Is it just a coincidence that some of the most successful artists are bad people?

Not necessarily, if you think about art as a tool of self-expression. There are so many people who make art in private, for themselves or for their loved ones. Take for instance, a painting you make with a best friend, a picture you draw of your dog. I don’t think art and ego go hand-in-hand, I just think we live in a world where ego is rewarded more often than humility. And that’s what helps so many artists get their work recognised and become successful.

As for your second question, I am a very strong believer that art is for everyone, so it only makes sense that both bad and good people can be successful artists. I just think we tend to focus on “bad” people making “good” art because the controversy is more interesting. 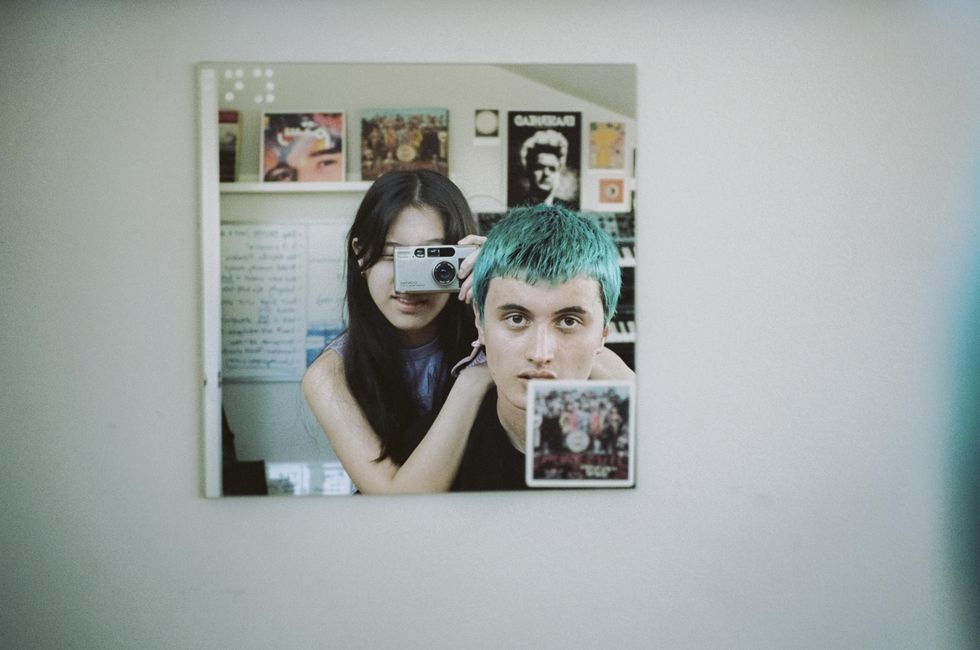 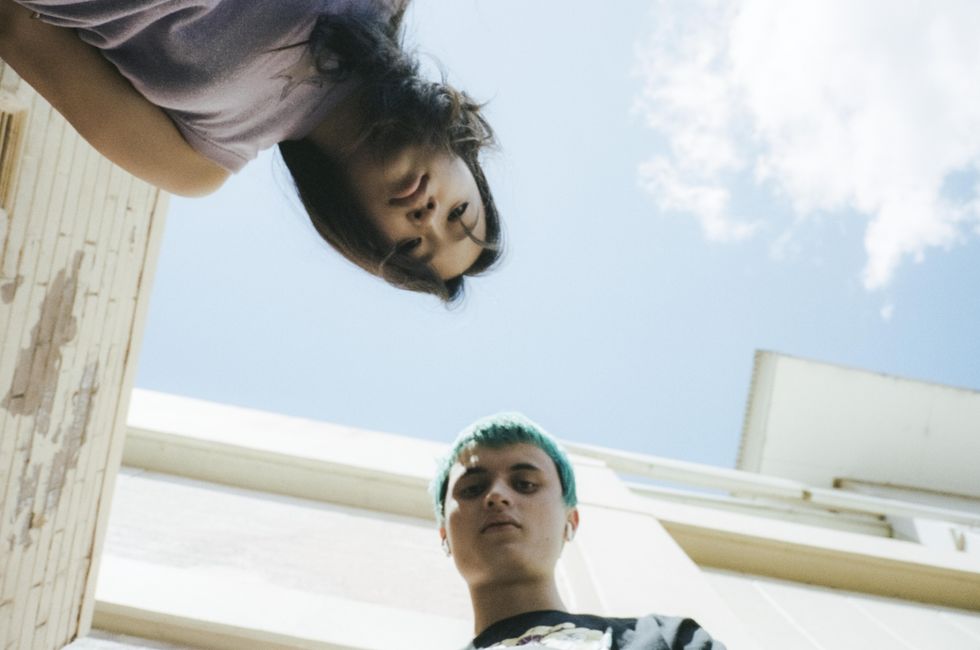 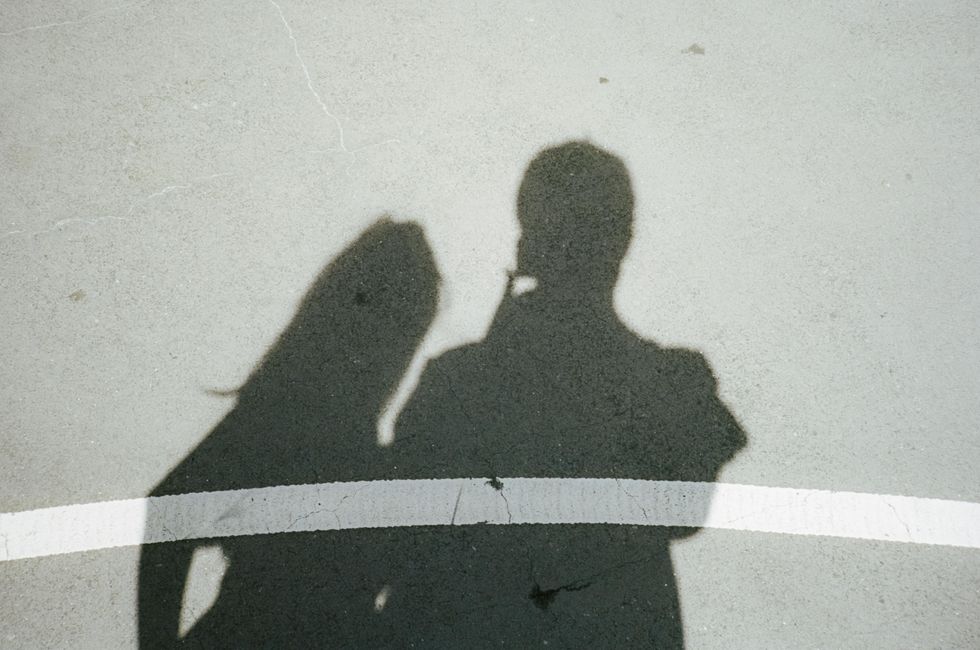 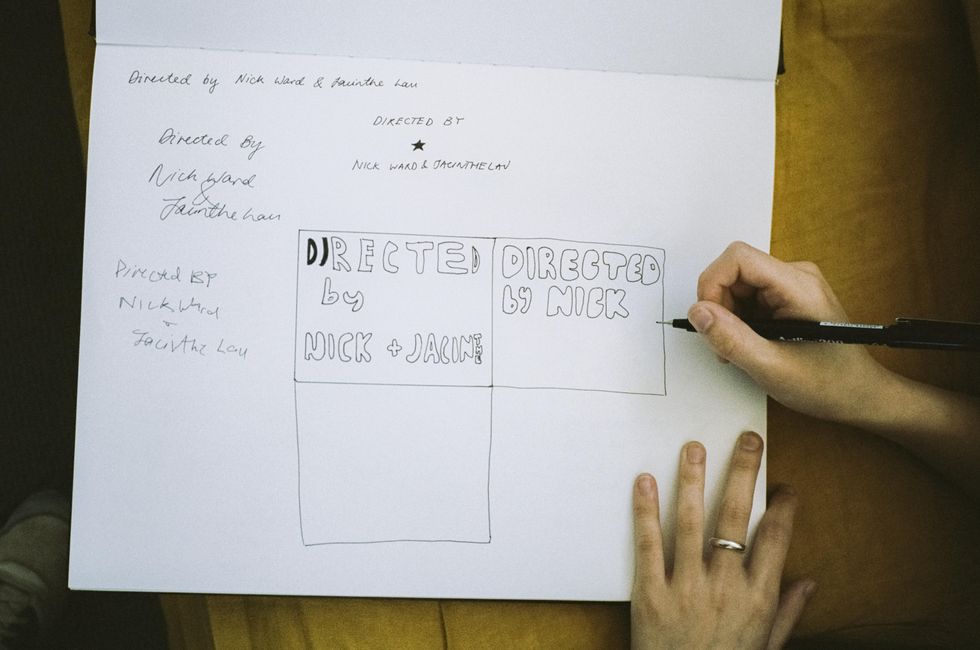 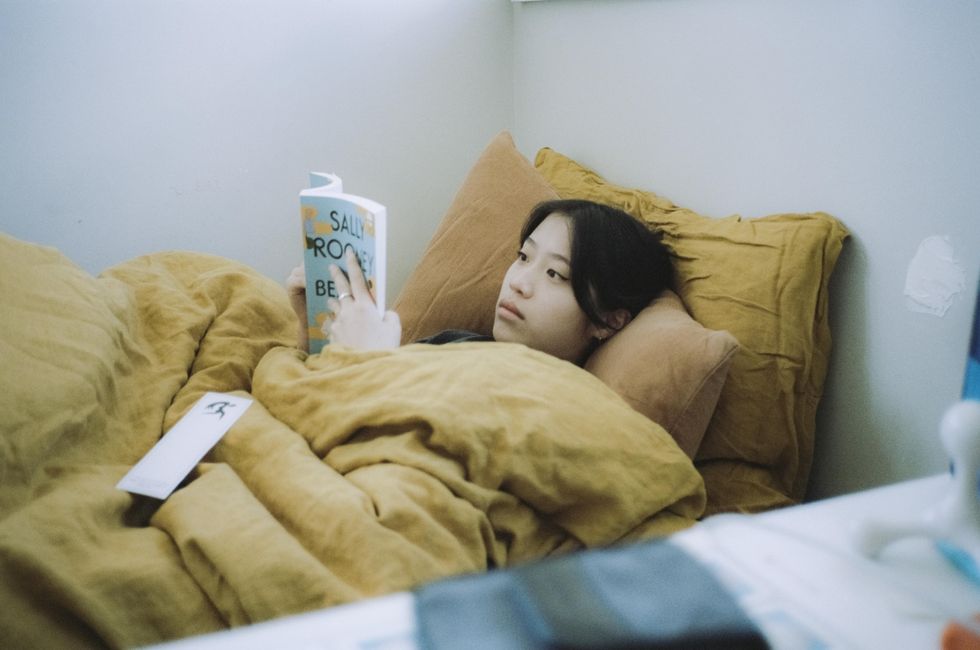 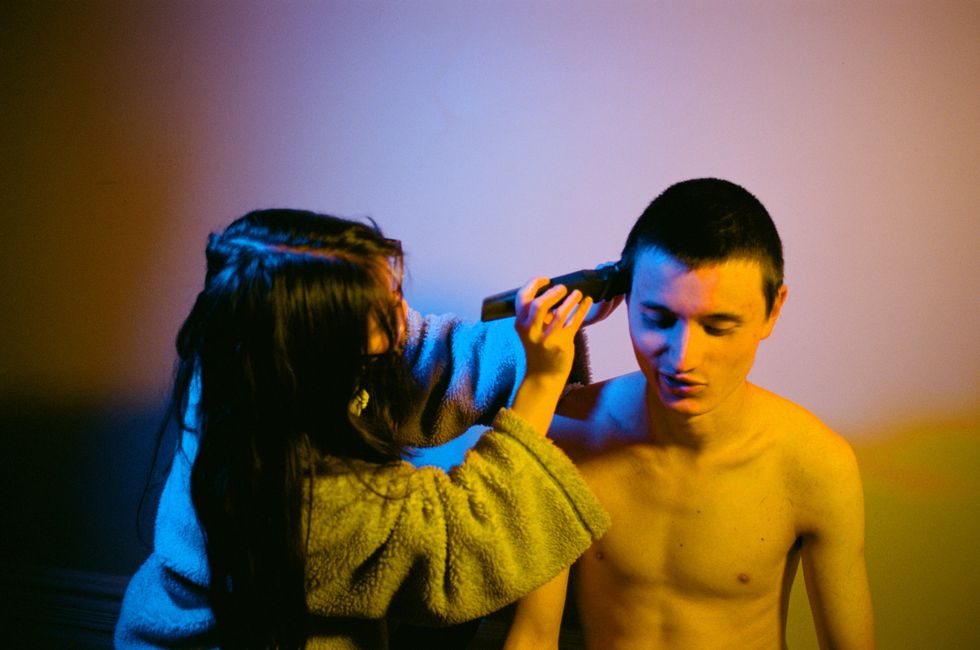 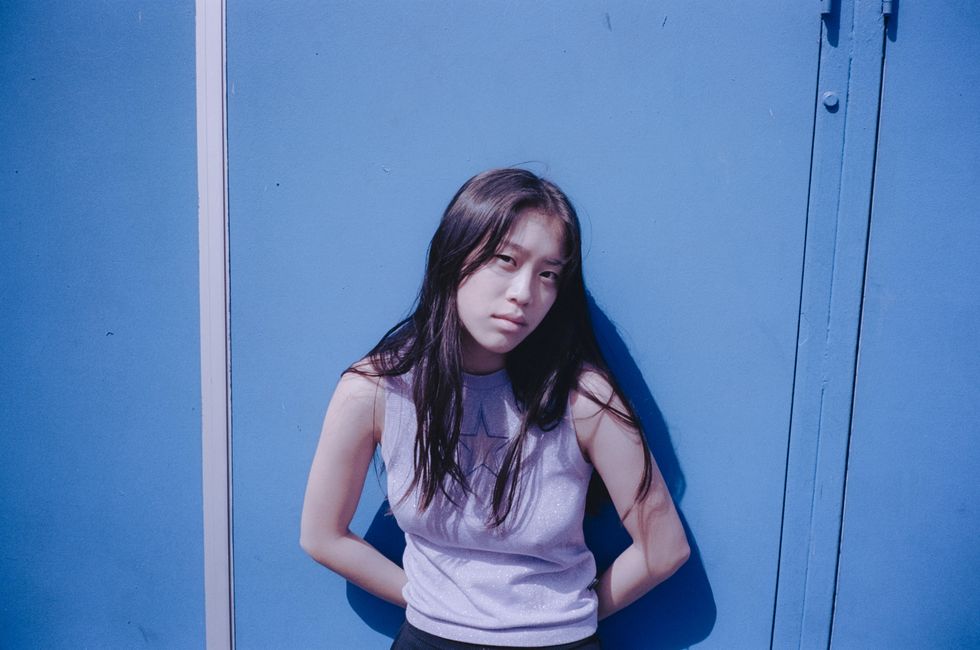 What is your favourite memory on set?

Oh man. Probably spending the day shooting the “Missed Calls” video for Dylan Atlantis. It was my first time directing a video on my own. We got to spend an entire day with friends, shooting in a studio and also in the car. We got lost so many times trying to find the tunnel to shoot in, and when we eventually got the perfect shot of Dylan hanging out the side of the car, I just remember feeling so happy.

Who are your artistic heroes?

There are too many to name. Sofia Coppola was and always will be a huge inspiration for me as an artist. I find her work sensitive, beautiful and charming. It opened my world to see a successful female filmmaker whose work is completely singular. Fiona Apple, as well. Not only for her art but also her attitude to the world — she has no interest in fame or celebrity, only on her music and connection to her audience. Absolute badass.

Where do you see yourself in five years?

I try not to look too far into the future, the only thing I can really say is that I want to be able to make a living out of my creative work. Just the simple things: to have my own studio, maybe a dog.