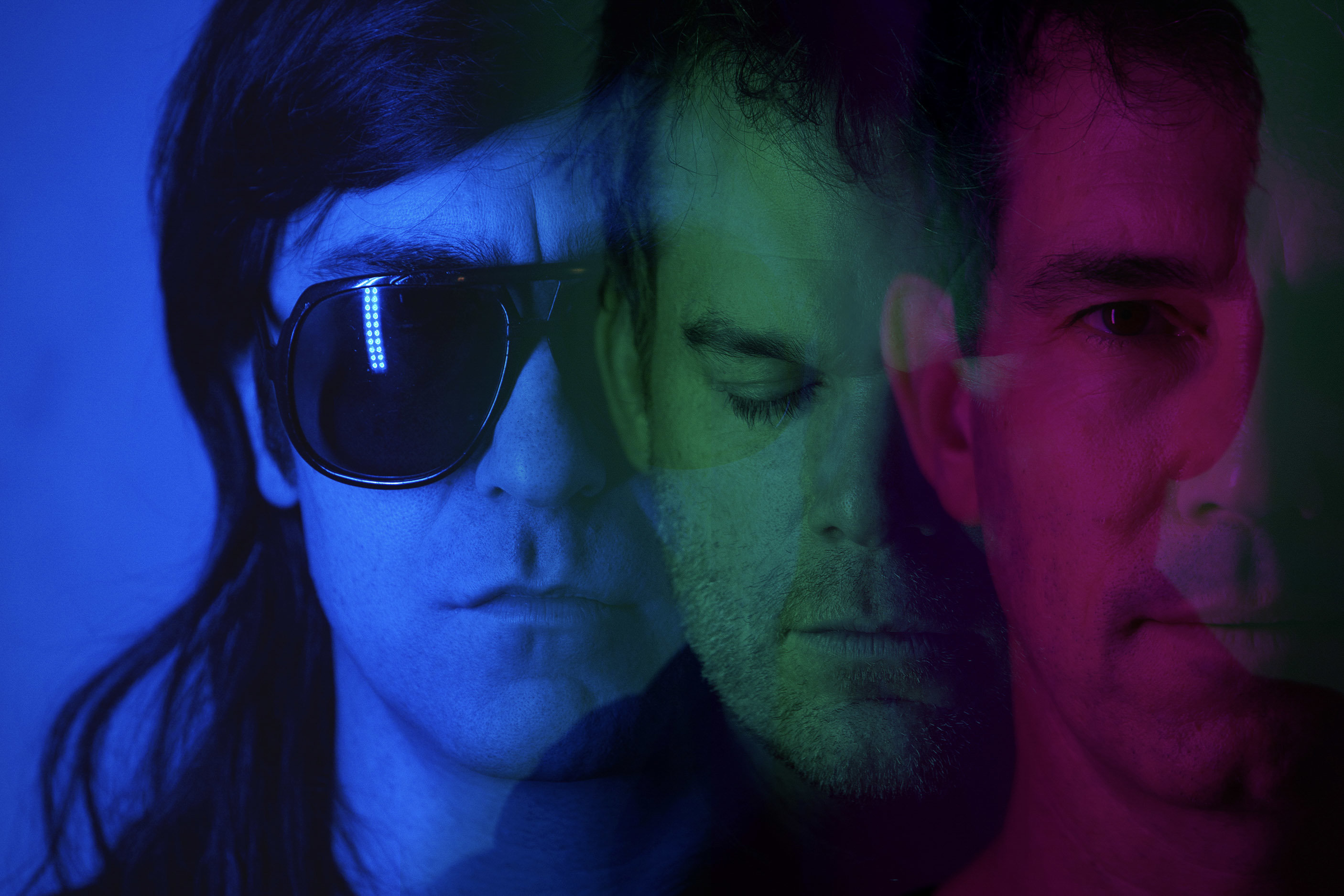 Throughout his career, Michael C. Hall has shown a natural flair for versatility. As an actor, he’s played everyone from David Bowie on Broadway to the titular character of hit series Dexter. In his band, Princess Goes To The Butterfly Museum, Hall’s impressive vocals join the instrumental works of Peter Yanowitz from The Wallflowers and Matt Katz-Bowen from Blondie. Together, the self-proclaimed “rocktronic” supergroup fuses styles like classic rock, funk and electropop.

“Love American Style” is a taste of what’s to come from Princess Goes, from their debut EP arriving April 2. Distorted synths collide with layered vocals to tell a story about a love affair on the edge: “We’ve grown so close I will always love you/ We both got fish in the tank/ I never put anyone above you/ I keep walking your plank,” Hall sings. The song’s even trippier visual premieres today on PAPER.

The band’s lyrics are visually brought to life by oversaturated silhouettes of people dancing in front of beaches, forests and waterfalls. If those ideas seem out of place, they aren’t. Hall says the creation of “Love American Style” and its video intentionally contain elements of spontaneity and surprise. It’s something the band prides themselves on.

Related | David Bowie’s Final Recordings Will Be Released Next Month

“I think it was the first one I sang on,” Hall says, “I came up with some lyrics and melody as I headed downtown on the subway; the rest of the lyrics were written on the spot. The ‘murder/freedom’ of the chorus came out spontaneously… We’re presenting something that emerged from the three of us, not executing someone else’s words, ideas. We own it; it’s ours.”

Yanowitz adds that the band’s propulsive sound is inspired by Hall’s lyrics, which he describes as “so sick, very present.”

“He is a fucking poet,” Yanowitz says. “To me, to be part of it, it feels very much like the right messages to be leaking out into the ether at this particular time. It makes me wanna beat the shit out of the drums even more.”