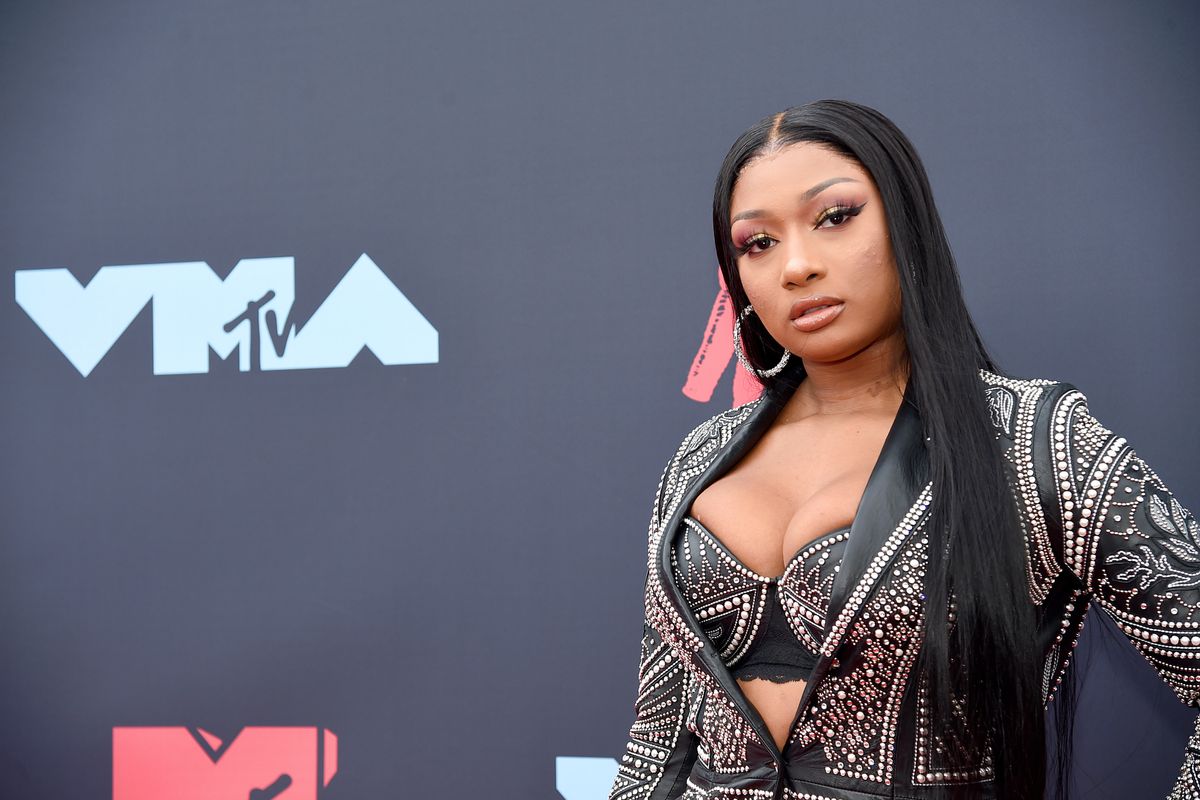 Megan Thee Stallion is denying the claim that she stole a design for her new Fashion Nova collaboration.

Last week, a designer named Aazhia accused the rapper of plagiarizing one of her dress designs following the release of her debut collection with the fast-fashion brand.

“Ima break this down real simple! My dress was stolen and used in this Megan x FN collab!,” Aazhia wrote on Instagram alongside side-by-side photos of Megan’s Chase the Bag Shoulder Pad Mini Dress and her own TLZ L’Femme design. “Was I told? No! Was I compensated? No!”

Not only that, but the designer claimed that Megan’s team had previously requested this dress, before alleging that the rapper was “completely aware” of her brand.

“I’m very much so taken back by the lack of respect for another Black woman! There is this tired narrative that the Black woman is so disrespected, but we do it to each other!!!!!,” Aazhia then went on to say. “I get stepped on because I’m a ‘nobody’ but this shit would not have happened to [Rihanna] because there is a level of respect! Taken food out of child’s mouth is ok because I’m not on the same ‘level’ LOL! Y’all [are a] joke!”

In response, Megan addressed the claim on Tuesday’s episode of The Morning Hustle by saying that “a lot of times people say that they talked to somebody from my team” — though she usually isn’t aware of whatever conversations they’re having or referring to.

“A lot of times, [my team] won’t even bring me… They don’t tell me who they talking to,” she said. “I’ve probably never heard of you. And if I have, I’ve never seen that dress before. But it’s been a dress that has been done a lot over the years.”

Megan continued, “So I feel bad that people’s initial reaction would be to just come at me like, ‘Oh, you a Black woman! You’re stealing from Black women!’ And I’m like, ‘Damn, hold on, sis, because like I don’t know you.'”

However, she also added that if it had been a “real misunderstanding,” she wouldn’t have “a problem saying, ‘I’m sorry, sis.'”

“I would have checked my stylist. Like you don’t do that. That’s not right,” Megan said. “And then I would’ve had the dress taken down, whatever the money made from the dress, I would’ve gave the money to the girl if that was really something that she felt like was stolen from her.”

That said, Aazhia returned to Instagram shortly after seeing the interview to explain why she took issue with Megan’s statement on the matter.

“I’m vexed because it’s condescending. It’s disrespectful. It’s hypocritical. Everything that she said was addressed towards me, although we were talking about multiple Insta boutiques,” Aazhia said. “My dress is from the ’90s. And she also said, in her opinion, it’s not stolen…. But for me, all I saw was more disrespect.”

You can watch Megan’s interview and Aazhia’s response, below.