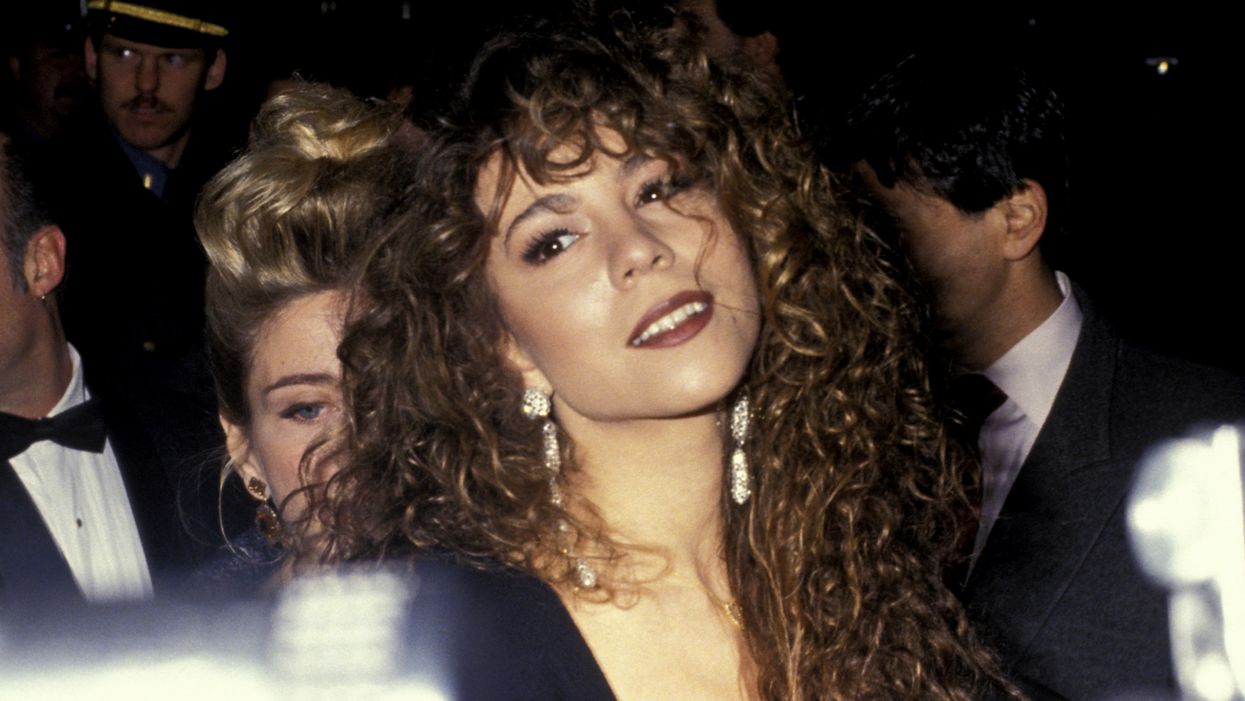 Just when we thought Mariah Carey couldn’t be any more iconic: the artist has revealed that she sang background vocals on every song on Chick’s 1995 album, Someone’s Ugly Daughter.

As Carey’s memoir, The Meaning of Mariah Carey, gears up to hit the shelves, the singer has been tweeting fun facts and snippets to get fans excited. One of them detailed that in between her Daydream sessions, she was moonlighting as an alt-rocker.

Fun fact: I did an alternative album while I was making Daydream 👀 Just for laughs, but it got me through some dark days. Here’s a little of what I wrote about it in #TheMeaningOfMariahCarey 🤟 S/O to my friend Clarissa who performs the lead w/ me as a hidden layer #Chick #TMOMC pic.twitter.com/Re23t5whcd

“Fun fact: I did an alternative album while I was making Daydream,” she wrote in a tweet. “Just for laughs, but it got me through some dark days.”

The singer also tweeted a 40-second excerpt of a Chick track where she ditches whistle tones for hidden layered vocals.

Fans are reeling over this revelation, and Carey is enjoying it. In a follow up tweet, she posted how happy and “thoroughly amused” she was that her “alternative/grunge” album is finally out there for the fans.

Both Daydream and Someone’s Ugly Daughter were engineered in part by Jay Healy, who is a longtime collaborator with Carey and was roommates with Chick’s lead singer, Clarissa Dane.

The excerpt reads “I’d bring my little alt-rock song to the band and hum a silly guitar riff. They would pick it up and we would record it immediately. It was irreverent, raw, and urgent, and the band got into it.”

Carey then excited fans even more by revealing there’s a version of the song with herself on lead vocals. In a tweet, she said she’s on a quest to unearth the version and won’t stop until she finds it.

Fun fact 2: now that you’ve listened to Clarissa’s kick-ass lead vocals, I can tell you that I’m on a quest to unearth the version of this album with my lead vocals and will not stop until we find it! So happy that we get to experience this together lol! 🐏❤️🎸 https://t.co/EMukSDgWPu

So, be on the lookout for Carey’s version of the track. Until then, check out her memoir, out September 29.