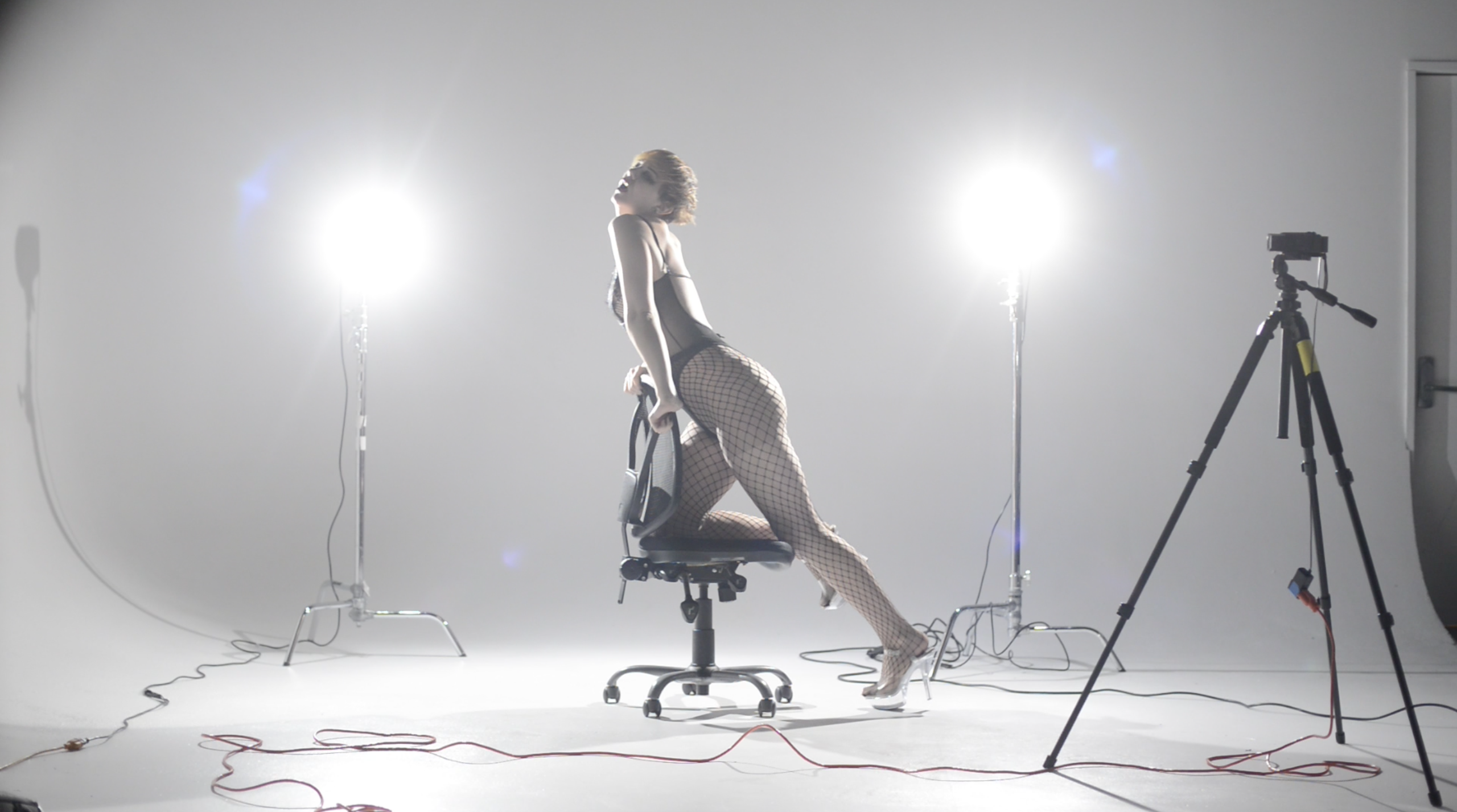 A day before NYC officially went into lockdown to prevent COVID-19 from spreading, Macy Rodman shot her new music video.

With two bright lights, a plain white set and your average midtown office chair, the “Runnin Down My Back” visual sees Rodman seducing the camera in fishnets and stripper heels. She spits water out of her mouth, passionately dry humps the air and thrashes her soaking wet head to the aggressive, grungy track: “You said you didn’t want it back/ when it fell out of your sack,” Rodman moans, building up to an ear-splitting shrill for the finale. “Now it’s runnin down my back.” 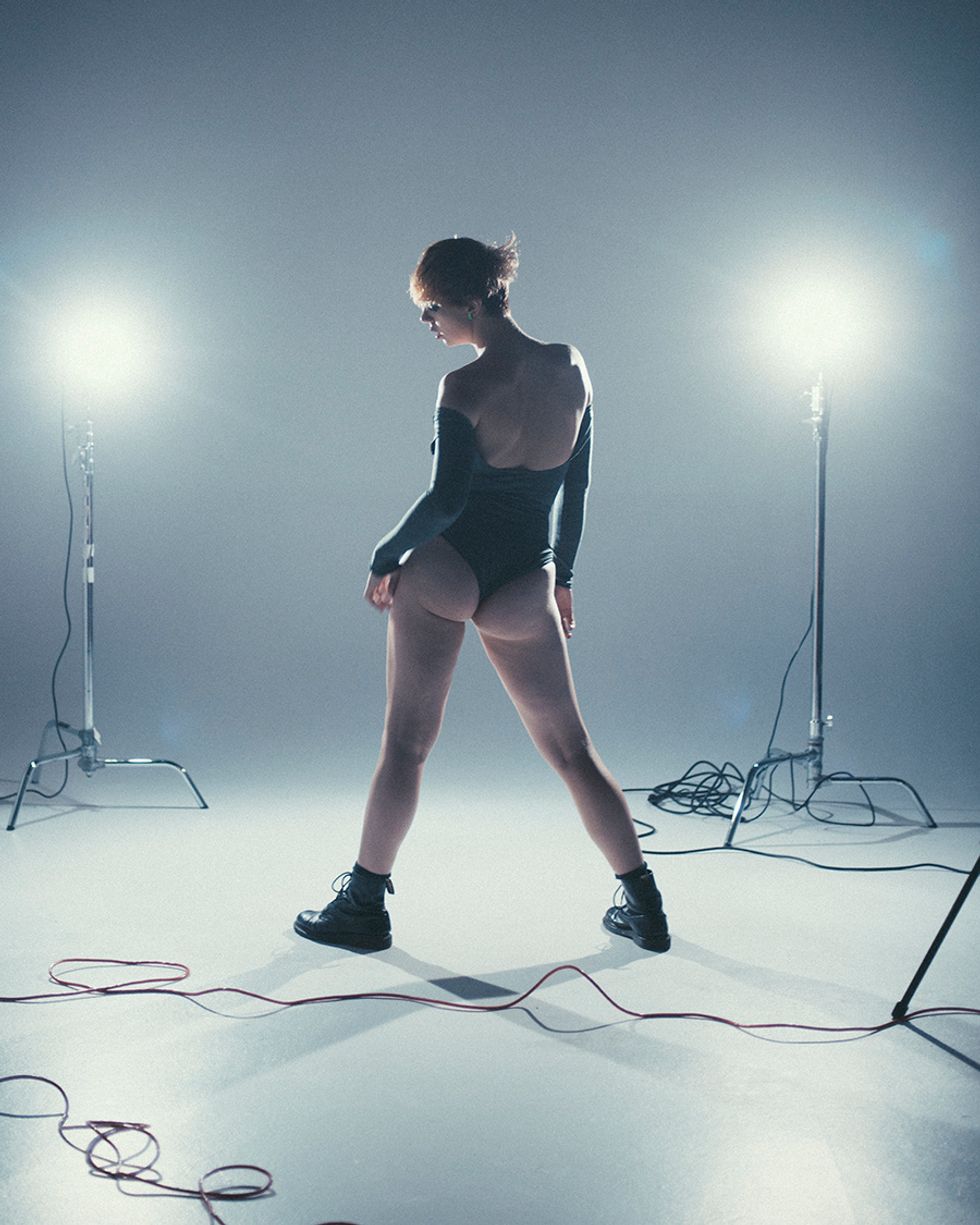 Strangely, the day Rodman filmed her video was also the same day Throbbing Gristle’s Genesis P-Orridge died at age 70. “The world is a fucking weird place,” Rodman says of the coincidence. “I didn’t know what the world was trying to tell me at that moment, but I love [Genesis] and he/r work, and so [‘Running Down My Back’] is an offering to he/r.”

Steven Harwick, who also photographed Rodman’s Endless Kindness cover art, directed the music video. While the two went back and forth, planning for a more elaborate treatment, Rodman says they ultimately decided they could create something super cool and super simple. “We came up with some moments we wanted to capture and the rest we freestyled for four hours,” Rodman adds. “The track is very sample-heavy and distorted, so Steve had the idea of mixing video qualities and taking the same kind of cut-and-paste style from the production and mirroring that in the video.”

Related | All the Debauchery at Macy Rodman’s Album Release Party

Those who frequent Bushwick, Brooklyn’s tiki dive bar Happyfun Hideaway will also know Rodman for mixing their favorite late-night cocktails. Under the state’s new nonessential business laws, however, Rodman is under quarantine — but she’s staying optimistic. “I live with one of my best friends who is in law school, so they’re very level-headed and we’re keeping each other sane,” she says. “I’ve been playing a lot of PS4 (Control, Spiderman, Don’t Starve), doing Richard Simmons and other dance-based home video workouts, and smoking a lot of cigarettes (not recommended).”

To best support Rodman, she recommends ordering one of her shirts through DMs on Instagram or Twitter. You can also stream all her albums (on iTunes, Bandcamp and Spotify), venmo her (@macyrodman), listen to her hilarious podcast, Nymphowars, on Patreon, or just say hi on the Playstation network (macymacymacy69).