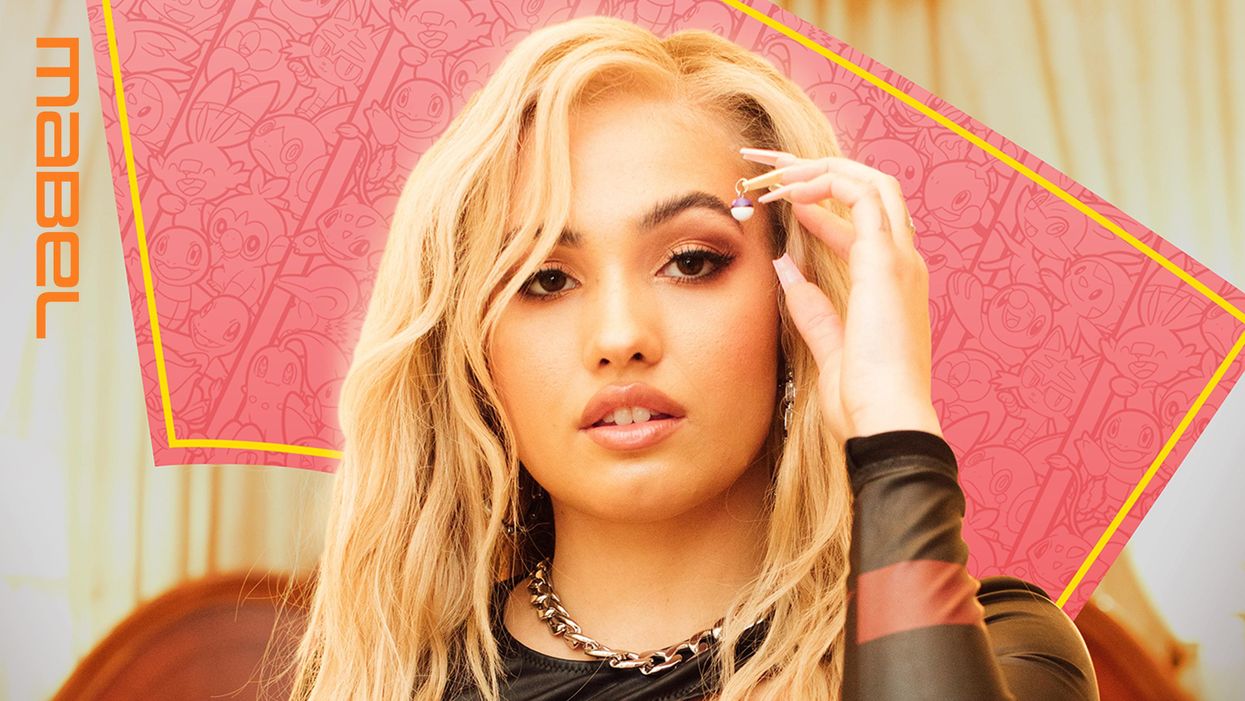 Mabel‘s got something new up her sleeve and it’s safe to say it’ll make you nostalgic for your childhood.

In what can only be called an unexpected collaboration, the BRIT Award winner recently teamed up with everyone’s favorite singing Pokémon, Jigglypuff, for the “Take It Home” music video in honor of the franchise’s 25th anniversary — and to say it’s a bop would be a complete understatement.

Defined by its irresistibly upbeat production, “Take It Home” is packed with bright and buoyant beats courtesy of superstar producers Tommy Brown and Mr. Franks. However, what really sets the song apart from other summery tracks is the accompanying Sophia Ray-directed music video, which is just as playful as the melody itself.

Starting off in a hotel room with a sleepy Mabel, she soon enters a magical, glitter-filled dreamworld with Jigglypuff as her knowledgable guide. Dancing through hallways and exploring an otherworldly ballroom with her adorable new friend, the video goes on to feature a cameo from none other than Pikachu who, obviously, has to join the party too.

That said, Mabel and Jigglypuff’s incredible collaboration is just the latest offering from Pokémon and UMG’s P25 compilation album, which will be released this autumn with songs by other big names like Katy Perry, Post Malone and J. Balvin. But according to the artist herself, she personally “jumped at the opportunity” to contribute to the project as a self-confessed Pokémon stan.

“I had so much fun working with Pikachu and my all-time favorite Pokémon, Jigglypuff, for the ‘Take It Home’ video,” she explained in a statement, before adding, “I hope the fans love the song as much as I loved working on it to celebrate 25 years of Pokémon!”

Pre-save your copy of Pokémon 25: The Album, here.