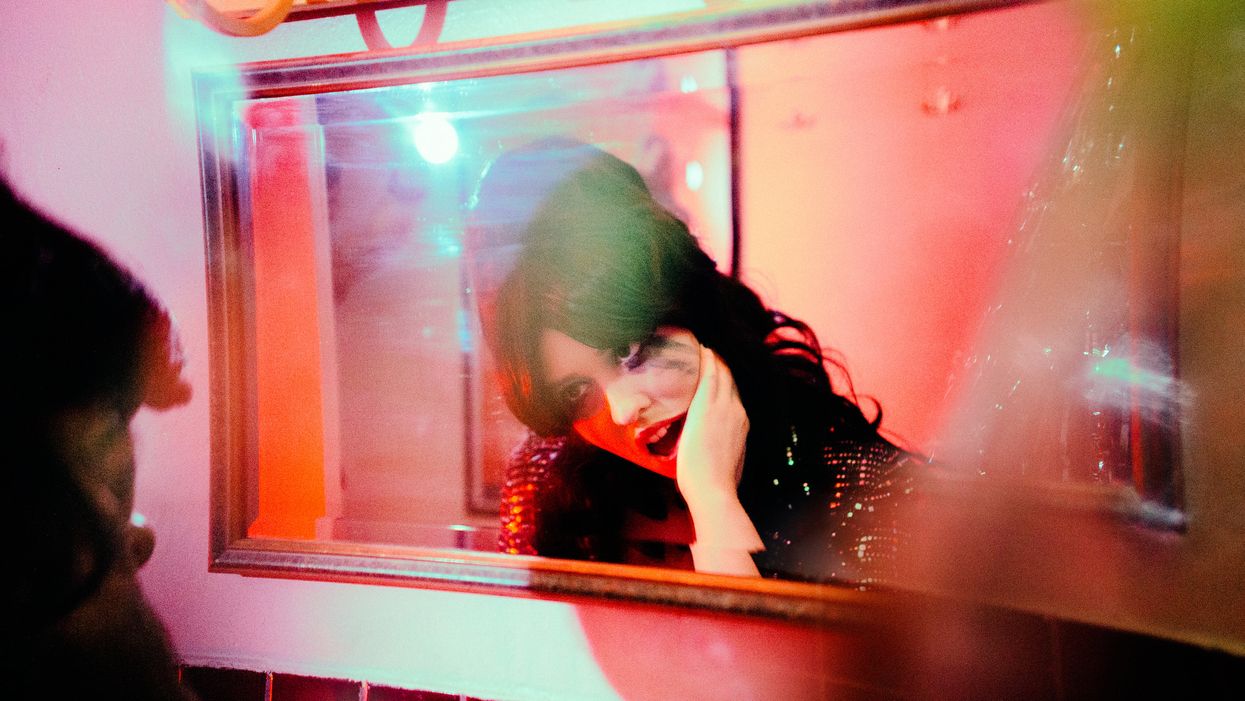 LUNA AURA’s new EP, THREE CHEERS FOR THE AMERICAN BEAUTY, hits like a semi truck with broken brakes — and it feels so good. Like all proper assessments of American culture — especially with regards to broken beauty norms — the Los Angeles musician’s take is a bold, hellish statement that centers female identity in a modern world.

With vocals that sound like her throat was raw for days after recording and guitars that burn hotter than the sun’s surface, AURA’s six-track effort accomplishes a whole hell of a lot: She takes ownership of her body, seduces an ex’s new lover and travels overseas to gain a better understanding of her own independence. It’s the story of an “anti-hero” and their journey towards self-realization. 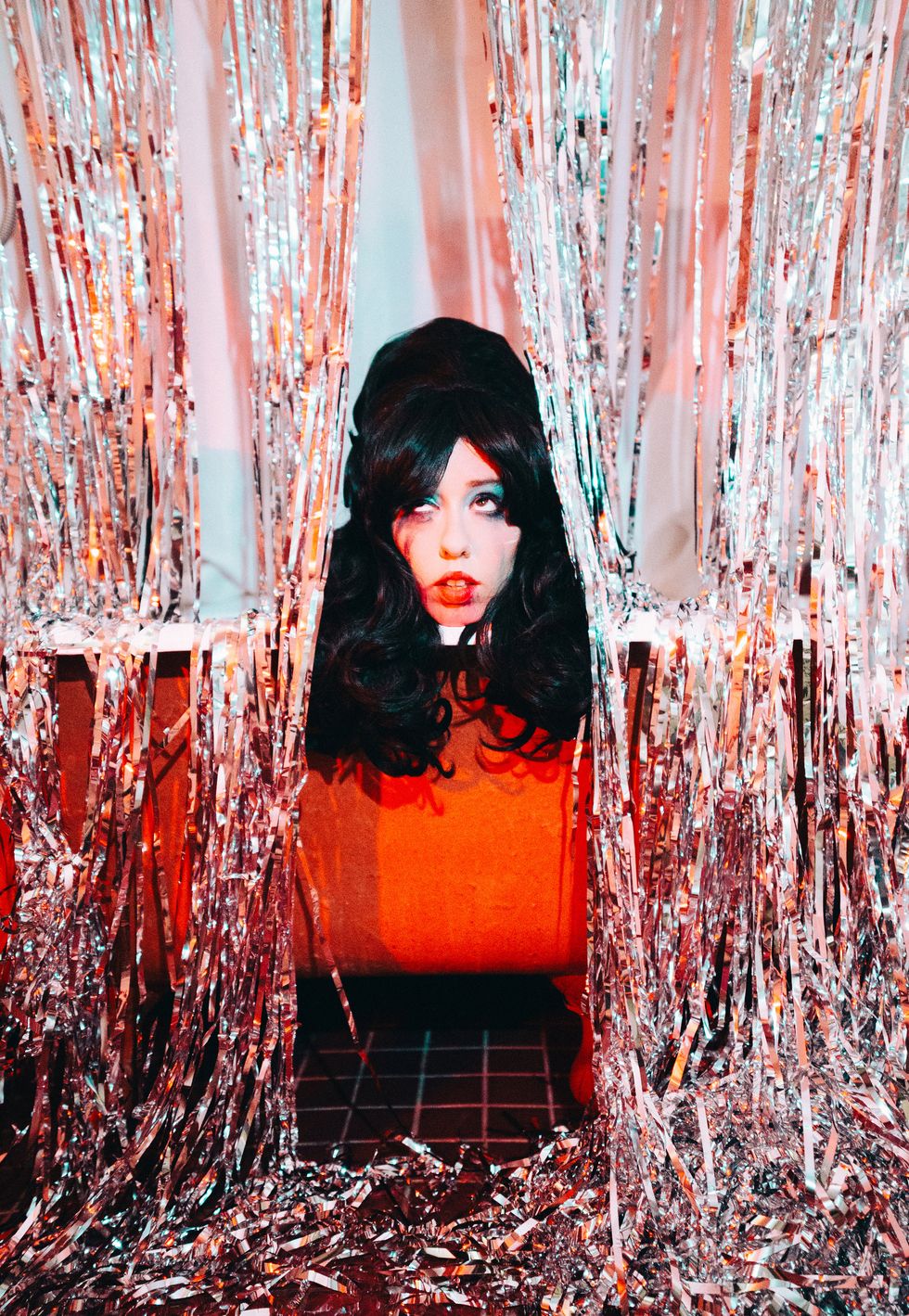 For fans of raging, pop-leaning rock, following the likes of Garbage and Gwen Stefani, AURA is notably a triple threat: The singer, the songwriter and the producer. “I knew you weren’t ready for a girl like me,” she aptly warns on single, “HONEY,” continuing her taunt in the very next line: “My honey’s only sweet if you can take the sting.”

This brand of bratty, bubble gum smackin’ arrogance permeates AURA’s entire EP, and reaches an absolute climax on its closing track, “BABY DOLL” — a “song about revenge,” the singer tells PAPER. “Your baby doll’s got a wandering eye/ And she keeps looking at me/ Yeah, she keeps looking at me,” AURA wails on the chorus.

Stream the PAPER premiere of LUNA AURA’s new EP and keep reading for her track-by-track breakdown of THREE CHEERS FOR THE AMERICAN BEAUTY.

I came from a somewhat religious background and everything I knew about sexuality had been greatly skewed from a very young age. I wrote “CRASH DIVE” about the ownership of my body and my sexuality, and ridding myself of the shame that had been attached to those things in my upbringing. It’s about taking back control of my identity as a woman and owning who I am.

“HONEY” is about defiance and control. I think most of us have experience with people underestimating us, or making us feel small in order to make themselves feel bigger. I’ve had plenty of experiences like that throughout my life, and this is a song about chewing those people up and spitting them out. Reminding them who you are.

“TALKING TO ME” is the fight song of the EP. It’s the one I’m most proud of because that was really the moment that I realized what this project was. I had been tired of being mistreated and misunderstood in all aspects of my life leading up to the making of this EP. I was like half of a person, walking around letting other people decide what was best for me. It was bare and lonely. This song represents the moment I decided to take back control of my life and my story. 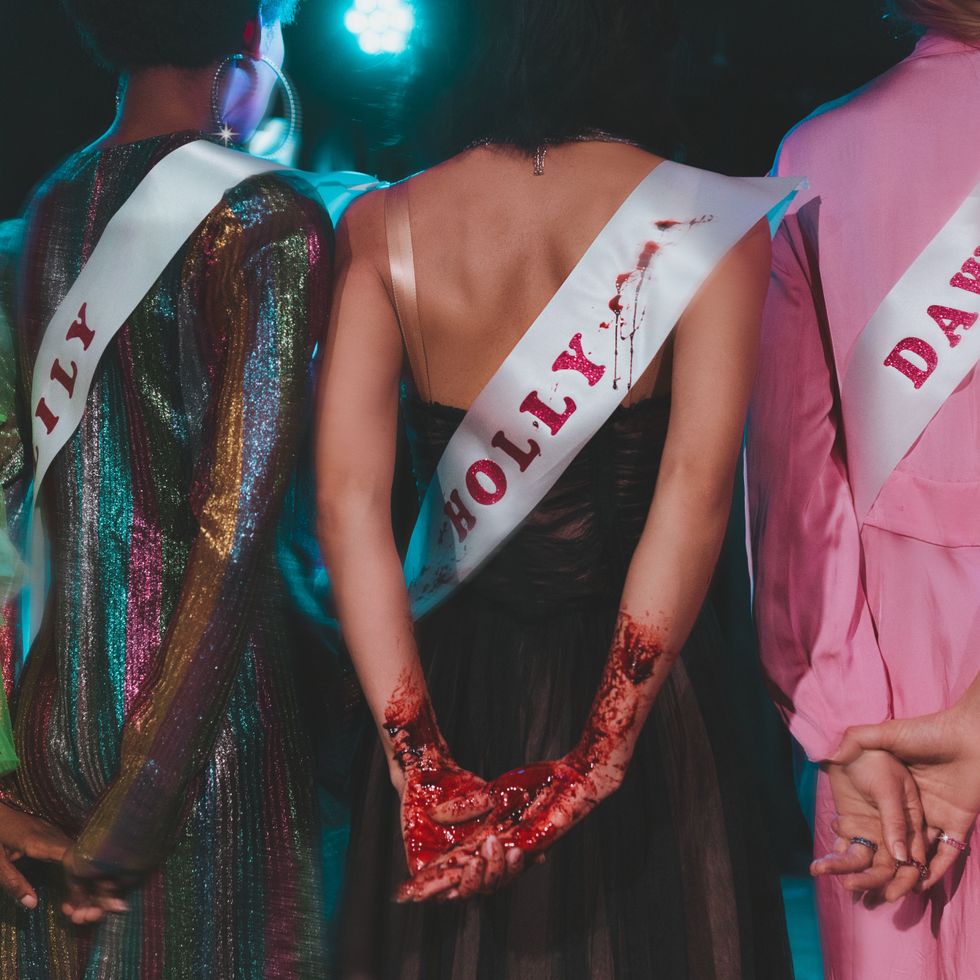 I wrote this song after taking a solo trip to London about four years ago. It was my first trip outside of the country, and all I could think about leading up to the trip was meeting some English guy and falling in love. I was obsessed with this idea of finding a man, falling in love and living happily ever after because it was something I had been conditioned to want my entire life. Instead, I came home from the trip with a newfound sense of independence and self. I realized that the dream I was chasing was someone else’s idea of fulfillment and happiness. “ENGLISH BOYS” is a song about burning down that dream to make room for something that truly fulfilled me.

I wrote “PAPERCUT” with JT Daly and Trent Dabbs, and we really wanted to make something that would work as a tasteful detour on the EP. This is a song about being lost and broken, and finding someone who is willing to endure the pain of being with you. It’s about not knowing the harm you’re causing someone in the midst of being with them, and ultimately the shame of bringing someone down with you.

“BABYDOLL” is a song about revenge. I wrote it about seducing your ex-boyfriend’s new lover to get back at him for the pain he put you through. People perpetuate this idea that women are supposed to be intimidated by, and constantly competing with, one another. It’s the whole “hate your ex’s new girlfriend” thing that I can’t stand. So I thought this perspective would make for an interesting twist.