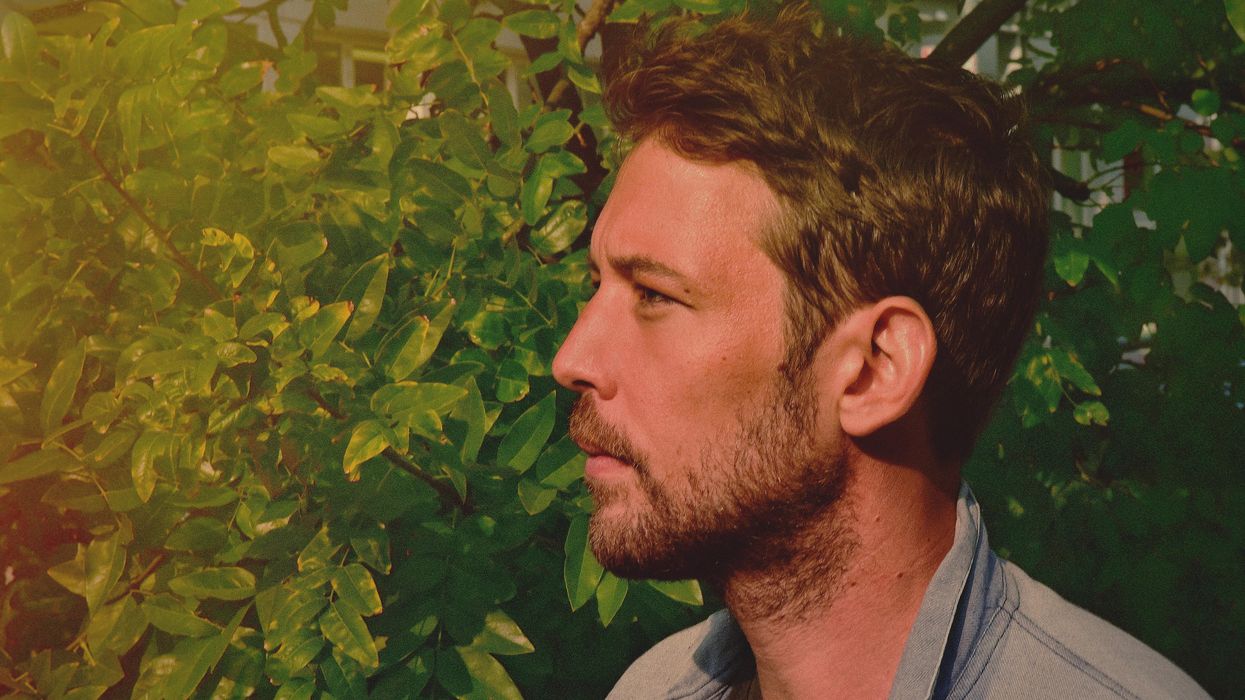 For Robin Pecknold, folk music and the ocean’s energy have always had immense healing powers. In a year of constant hardship, these remedies converged to create Shore, Pecknold’s fourth LP with Fleet Foxes.

Shore was released in a folklore-esque way: without any prior announcements and on the exact date and time of the autumn equinox. From self-dubbed soulful “headbangers” [“Can I Believe You“] to heartfelt fingerpicked ballads [“Thymia“], the record seems to span every emotion experienced in lockdown, from longing for escape to appreciating one’s privileges. Pecknold’s signature soaring falsetto is strengthened by grand backing horns a la The Westerlies, glistening keyboards and the engineering and mixing of Beatriz Artola.

Related | Sound Off: 10 New Songs You Need To Hear Now

Pecknold, who observed post-COVID-outbreak NYC from his Greenwich Village apartment for the better part of last year, set out to provide listeners with some respite. In his artist’s statement for Shore, Pecknold said the main objective of the record was to celebrate “life in the face of death” and to make an album that “felt like a relief, like your toes finally touching sand after being caught in a rip current.”

“The New York community was hugely supportive and instrumental in making the album for sure,” Pecknold tells PAPER. “Being in the city, seeing protests pass by my window every day and walking out to join them or going to different spots around the city… I’m still processing all of that. The experiences of being in Lower Manhattan through the lockdown, the city totally emptying out and then that period of rioting or riding a bike down to SoHo and seeing every storefront boarded up — those were really formative experiences for me that really put my work into perspective.” 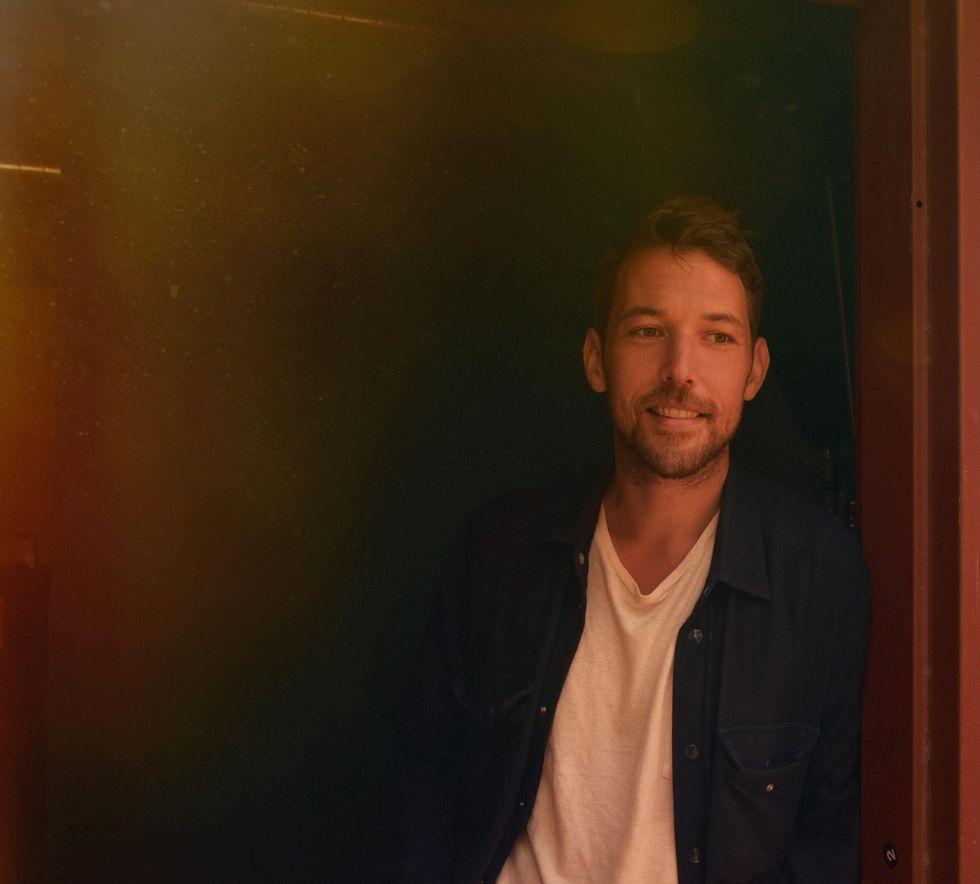 The nautical album title “came pretty quick” for Pecknold, a longtime surfer and lover of the ocean who named it Shore after having a near-death surfing accident in which his leash snapped and he thought he was going to drown. The comfort he felt once reaching shore reminds him of 2020, and how making an album to console and reassure those around him that turbulent moments are just that — moments — and all things pass with time.

After releasing previous records with heavier titles, namely 2011’s Helplessness Blues and 2017’s Crack-Up, Pecknold chose one that evoked hope and set the tone for the 15-track narrative. “It’s very reductive but that moment back on shore, the relief I felt, that title came to mind,” Pecknold says. “That set the rest in motion. If a different title came to mind, like ‘this is what the album needs to be called,’ it would have been a different album.”

The record begins with “Wading in Waist-High Water,” a serene opener and ode to summer’s end with lead vocals sung by Uwade Akhere, a 21-year-old Oxford University student who Pecknold found from an Instagram cover she posted of his 2008 classic, “Mykonos.” “I wanted to smoothly arc from day to night somehow,” Pecknold explains, “the first song having a different singer on there served like a prologue and [the title track/ closer] ‘Shore’ served as an epilogue.” This, Pecknold says, means “Sunblind” is the record’s first “real song” and the Brian Wilson-sampled “Cradling Mother, Cradling Woman” is the last official number before heralding a more experimental future on the final title track.

On “Can I Believe You,” Pecknold features hundreds of fan-submitted vocals obtained from social media, which he says happened by “playing the internet like an instrument” and building community just as musicians utilized gathering in the “studio in the ’60s.”

“In this time when death is very present for so many of us, I wanted to find a way to honor those people in a way that felt celebratory,” Pecknold says. “That’s what you’re doing any time you’re making an album anyway, by accident or intentionally, you’re honoring your heroes.” Pecknold’s main goal when writing songs about others on Shore was to “make room for those songs to be happier than if they were elegies or mournful memories.”

“Those lyrics felt really good to me,” the 34-year-old adds, “I’m at a phase in my life where I’m not trying to add another set of existential, sad white guy problems to the discourse or something.”

Backed by militaristic beats and strings that utilize the mixolydian mode, the fourth track “Jara,” was named after Chilean folk singer and martyr Victor Jara. It’s a song about “appreciation” for Pecknold’s activist friends. Other song lyrics on Shore are, in traditional Fleet Foxes fashion, existential and self-reflective (“Young Man’s Game“).

The record is certainly personal to Pecknold, but is also indicative of the communal experience of surviving a global pandemic, with lyrics covering relatable qualms like “aching for the sight of friends” when in isolation (“Maestranza“). With such vivid lyrical imagery, it’s surprising to hear Pecknold note that writing the words to Shore was the hardest aspect to complete, who says that in February 2020 he “hit a wall” and “hadn’t yet completed a single lyric” he felt comfortable with.

Come June, this changed after Pecknold began taking day-long, quarantined drives from Greenwich Village to upstate New York destinations, not having any major plan in mind, but ultimately receiving help with his writer’s block along the way. “For me,” he says, “lyrics are sometimes about translating what’s going on in music into words.” After temporarily trading in skyscrapers for towering trees, the words came to Pecknold, who tested every little bit of what is now the complete album on long drive after long drive.

“One lyric came out of nowhere and then set the tone for the rest,” Pecknold says, citing the following line in “Featherweight:” “In all that war I’d forgotten how/ Many men might die for what I’d renounce.” As for the lyrics that remind him most of 2020 as a whole, Pecknold refers to “I’m Not My Season,” in which he sings about “not belonging” to time and still needing something to “hold on” to.

Instrumentally, how Fleet Foxes achieves the goal of sounding warm yet contemplative and having a bright, rich timbre “comes down to tempos” as Pecknold explains, “certain kinds of strutting or walking pace tempos, things that feel a little bit too slow so they have something to settle into, making sure everything is full spectrum, the kick is as low, and the guitars are as bright and the vocals are as shimmery as they can be, covering the whole frequency spectrum.”

Overall, in the months that have followed the release of his new music, as Pecknold discusses, the response to the record has been “amazing,” from rave reviews to fan tattoos, all evident of a collection that’s lyrics, themes and tranquil sounds resonate with so many in a year of seemingly constant sorrow. “It’s been really great to see people connect with the music and getting tattoos of the album art, sharing their experiences while driving with the music or taking road trips or listening with their families,” Pecknold says. On December 4, Fleet Foxes shared the “stems” for Shore on Bandcamp, which refers to “11 hours of all of the album’s isolated tracks,” and “every individual piece of every song untangled and laid bare.”

Although it is no longer possible for Fleet Foxes to tour the globe as they usually would, Pecknold, an avid Bob Dylan fan, one day dreams of embarking on a Rolling Thunder Revue-esque tour complete with his own band along with “the Grizzly Bear guys, Kevin Morby, Joanna Newsom, Jessica Pratt, and then Rage Against the Machine.” For now, the musician posts guitar tutorials to his songs on Instagram and plans to get another “livestream show together.”

“I’m so glad we were able to put [Shore] out so soon after it was finished, that’s something I’ve always wanted to do,” he says with parting words of gratitude to all listeners. “Having this moment where it made sense was a weird silver lining in this crazy year.”

On Shore, there are reminders that there’s still so much in our lives to be thankful for and appreciative of. After all, as Pecknold sings on its sixth track, one day we’ll all be a “long way from the past,” and just might be “better off in a year or in two.”

Stream Shore, below, to serve as epic accompaniment for your next drive, and follow Robin Pecknold and Fleet Foxes on Instagram. Shore is available on vinyl in the US today, March 19, and can be ordered here.