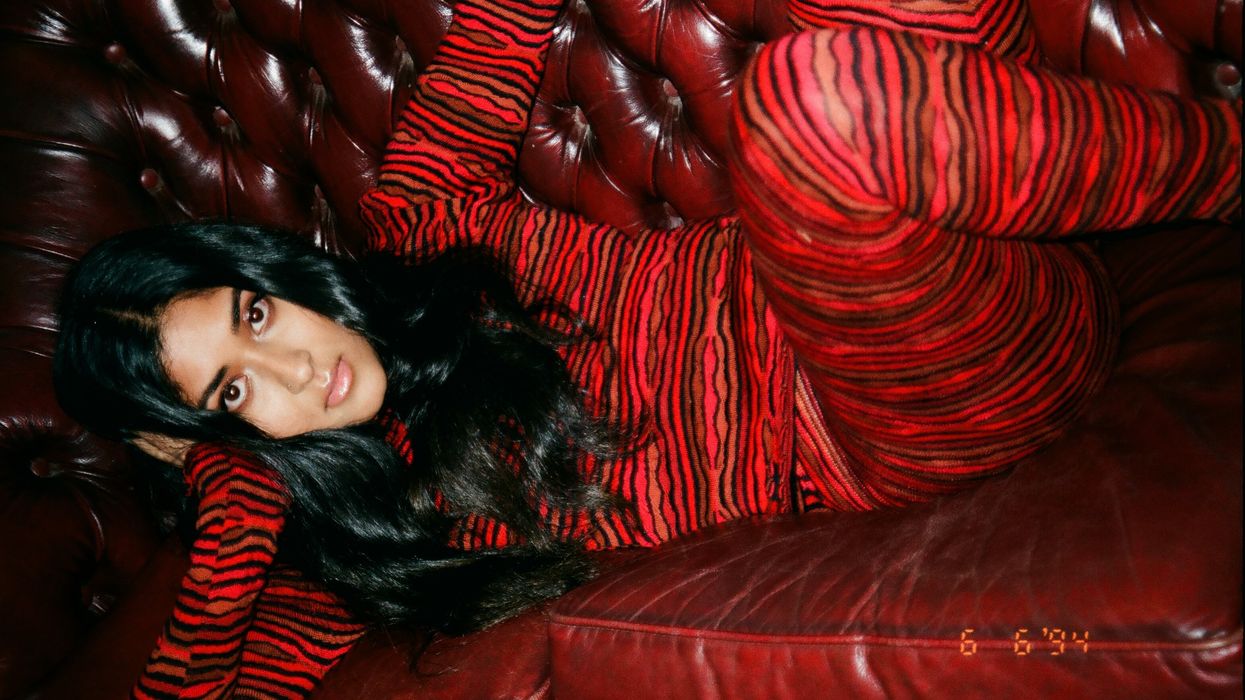 Is there a song better suited to 2020 than “Psycho Hole,” the debut track from Melbourne-based artist Ashwarya? The ominous four-minute song is all-consuming and precise — a perfect bop for this year’s ongoing spiral. “Psycho Hole” abandons pretense or any possibility for control, leaning into that delicious — and somewhat unwholesome — desire for chaos.

For 21-year-old Ashwarya, it’s also an adventurous choice for a first single. Pop music has long chosen the “empowerment” route when it comes to addressing pain, but its vocals and production find less familiarity with the belters or EDM hits we’ve come to expect from stars-in-the-making. Instead, “Pyscho Hole” has more in common with the darker, more left-of-center pop tracks of Lorde, Charli XCX, Billie Eilish and Tove Lo. Curiously, the track was created long before our current conditions, causing the release to feel almost prophetic. 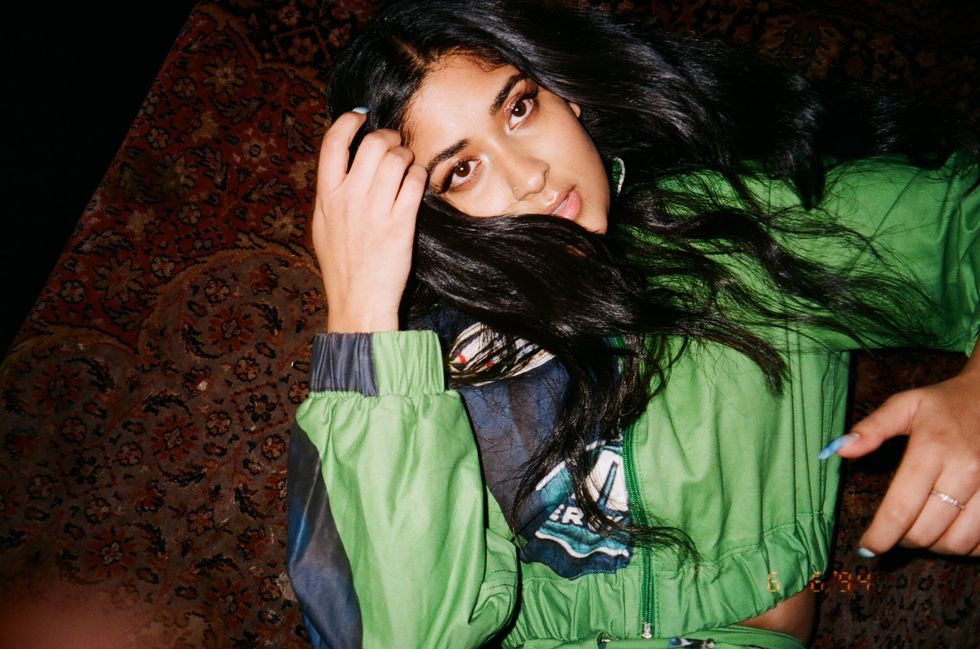 “[‘Psycho Hole’] was actually written a year and a half ago,” Ashwarya says of the timing. When we chat, we’ve reached the point where Zoom conversations no longer hold novelty and she’s speaking from her lounge room in Melbourne. “It’s going out in a way that I didn’t expect because of this situation. I definitely did not know I would be starting my career in the middle of a pandemic.”

Born in India, Ashwarya’s music draws upon the sounds of her parents’ and grandparents’ worlds, having grown up with those rhythms and song lines constantly in the background. Samples, beats, chopped-up vocals and smartly doctored melodies blend in a way that surprises and soothes — a mix that naturally builds off her past, whether it be the aforementioned influences or an early millennium So Fresh compilation pop CD.

She equally finds meaning in the unconventional pace of a Travis Scott song, often “studying them” to figure out what separates an everyday pop track from a real earworm. “I was pretty lame in the sense that I relied upon those CDs to learn about pop music especially,” Ashwarya says. “There was a lot of music that came out then that is still relevant to me and hasn’t aged. I want to be able to make music that can always be revisited like that.”

But this type of “western music came much later in life,” Ashwarya says, explaining how her grandma first enriched her with Bollywood music, film and poetry “I actually listen to old Bollywood songs rather than more modern Punjabi music,” she says. “The films are really versatile in terms of the narrative, but the songs have always been the biggest part of the film, rather than just being a backdrop.” 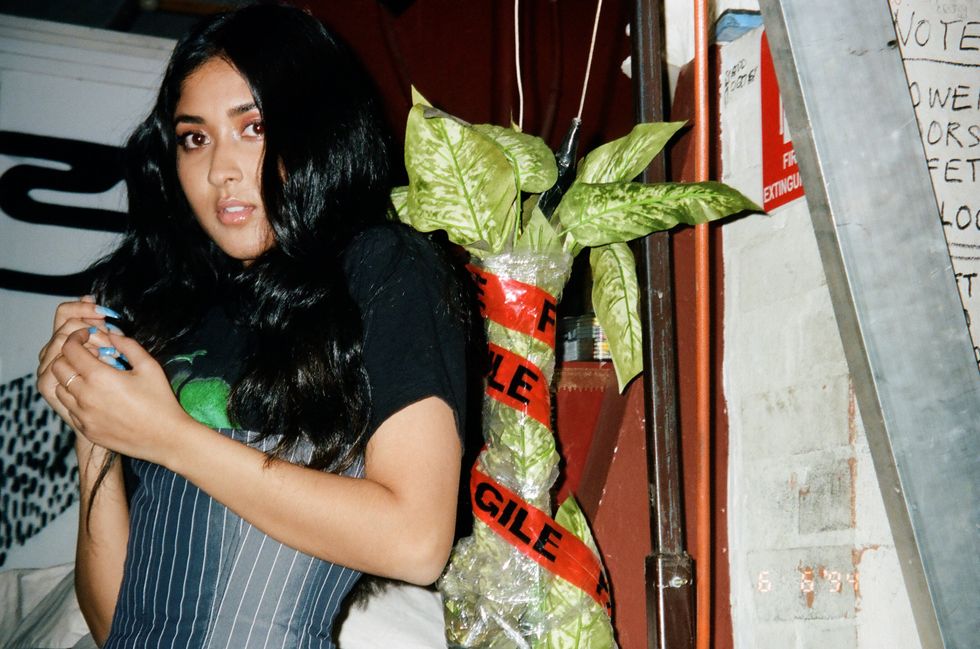 For her debut track, “Psycho Hole,” Ashwarya took this varied background to build with bold, mathematical intent. In the chorus, she wanted “to make sure that there is that opportunity to overcome anxiety or interpret it in any other way to match whatever you are going through” — a proven pop method. “The change in emotion from the chorus to the verse is a genuine representation of my mental state at the time,” she continues. “I was at a point where I was very restless and dealing with a couple of issues, and I felt like I was having an internal battle with myself.”

Related | The New Faces of India

Culturally, our understanding of anxiety rarely moves beyond a palatable stock image on a pamphlet. “Psycho Hole” is then a formidable point of conversation to address the more frightening or dangerous sides of a midday meltdown. “For ‘Psycho Hole,’ there’s this Indian song that I have been obsessed with,” Ashwarya says. “It was like from 1962, but my grandma showed me when I was younger. The lyrics basically translate to, ‘If someone calls me crazy, then I don’t really care.’ So I did end up replicating that in the song. I’ve known this particular song since I was really little, cause my grandparents used to look after me when my parents worked full-time.” 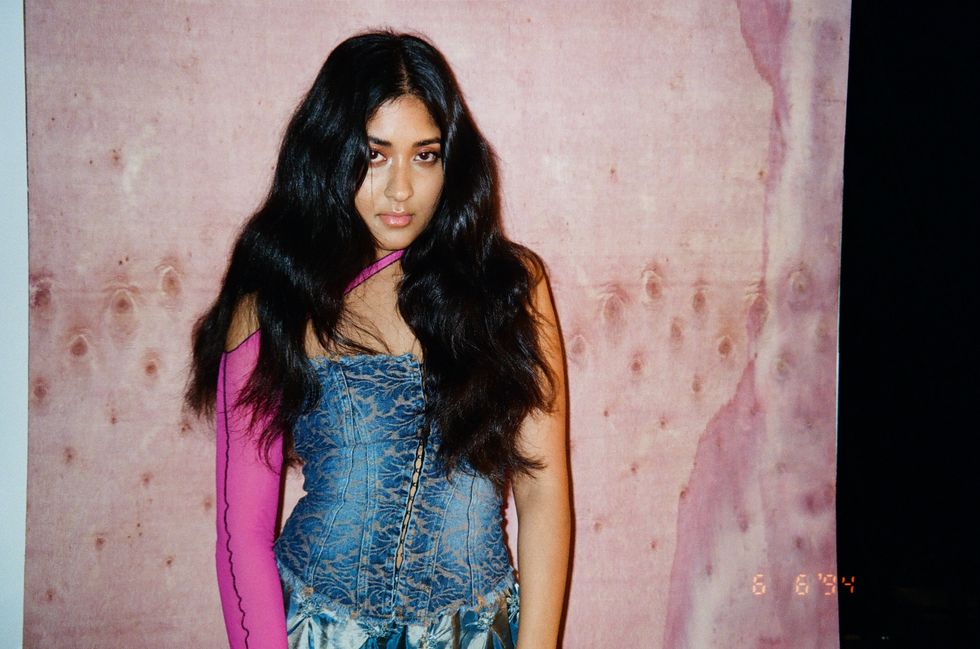 Though it’s intimidating to be releasing music as the world seemingly falls apart, Ashwarya points out that things being uncertain is also a chance to reevaluate and reconsider traditions. “I’ve learned so much that I wouldn’t have learned if we were living in a more normal world,” she says. “I’ve had to think really broadly outside of my comfort zone. I’ve learned that it’s ok to go about your creative process differently and that if you’re being honest it will shine through, or at least people will see it.”

Ashwarya’s latest song, “Biryani,” displays those initial influences in a more forward-facing way, lyrically detailing the surreal familiarity when meeting a new person and the subsequent feelings of obsession when the “perfect elements [start to] come together.”

“There’s this instrument called a pungi, which I have always been super intrigued by,” Ashwarya says of the featured instrument on “Biryani.” “It’s an Indian wind instrument that is used a lot in street performances by snake charmers. There’s something about the sound of a pungi that’s sort of hypnotic to me — kind of takes you in a trance.”

Looking back, Ashwarya says she realizes how lucky she’s been to get “exposed to different music my entire life through my culture and use that in my music now, transitioning from Hindi to English. Never thought I’d be doing that, at least this early on. Now it feels like a bit of a mark of my culture and upbringing, and I can’t wait for people to hear that.” 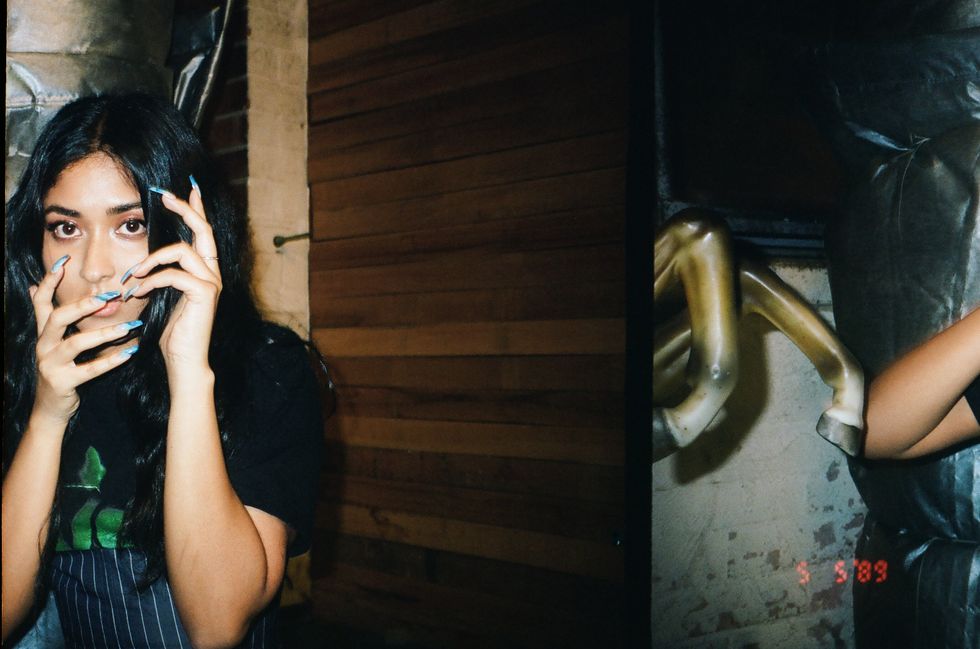 Now that “Psycho Hole” is all but ubiquitous on Australia’s indie radio mainstay triple j, and with her second track gaining momentum, Ashwarya seems poised for global domination — even if she’s having to create her future from her bedroom due to the current Melbourne lockdown.

“Usually you would do music videos with cameramen, lighting and stylists, and you have to make content, but it always has to be done a certain way or involve specific elements,” she says. “This pandemic has shown that we are actually able to work with whatever resources are available to us.”