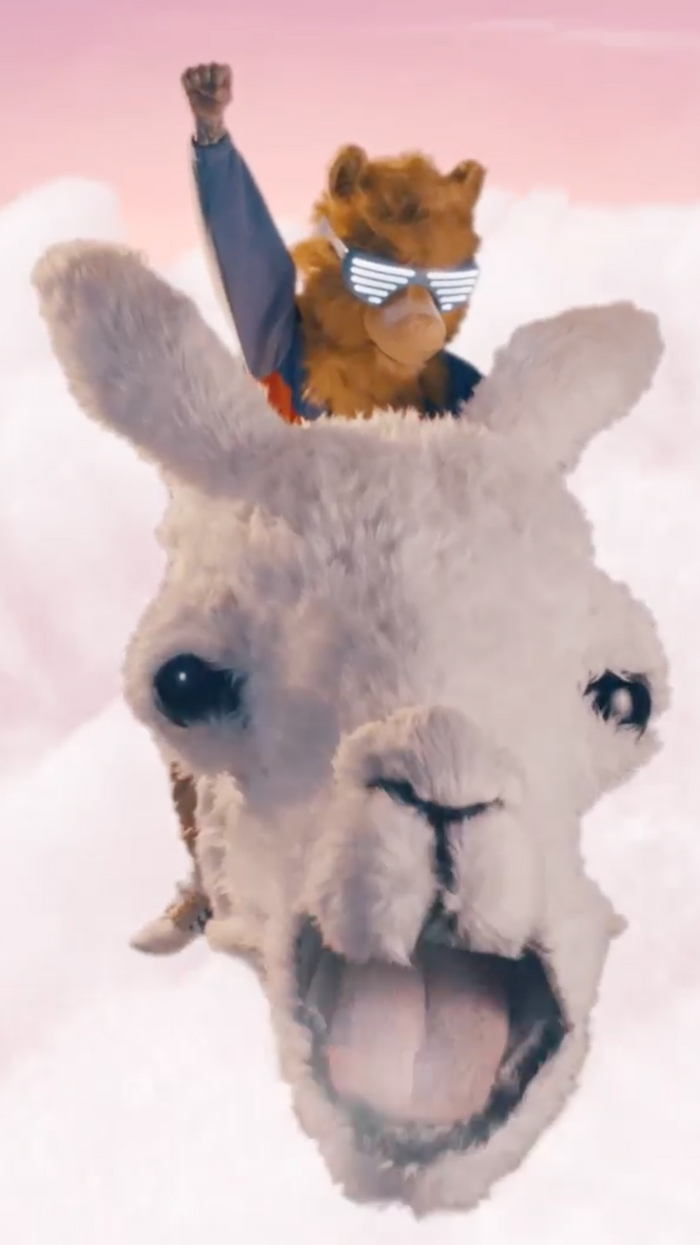 Lego looks to be making a bid for the top of the charts with its official foray into the pop music world. L.L.A.M.A. is the first ever Lego mini-figure to be signed to a major label and the building toy group’s debut attempt at creating its own star DJ/ producer.

A cross between a helmet headed artist like Marshmello and a corporate synergy-prone artificial entity like Lil Miquela, L.L.A.M.A., which stands for “Love, Laughter and Music Always” (not kidding), is introducing himself to the world today with a debut single, “Shake.”

Related | Miquela and Saweetie Link Up

An LA transplant by way of the Andes, according to his bio, “Shake” sees L.L.A.M.A. infusing Latin rhythms into his vibrant, chart-friendly strain of EDM. He’s already pulling in big name artists like Ne-Yo and newcomer Carmen DeLeon for features. “L.L.A.M.A is an artist we need right now.,” Ne-Yo says per a press release. “Bringing some uplifting, positive music to people during what has been a hard year for so many is something I am happy to be a part of.”

The accompanying music video for the debut single is just about as wild as you would expect for a shutter shades-wearing anthropomorphic llama in 2021. Cotton candy color palettes, a dancing janitor and vaguely unsettling disembodied llama heads flying through the skies. It’s haunting good silly fun.

L.L.A.M.A.’s debut coincides with the arrival of Lego’s new AR-powered music video app and toy line, VIDIYO. Sort of like a kid friendly TikTok, VIDIYO allows users to animate and edit their own short music videos and upload them to Lego’s heavily moderated social media platform. The sets feature a variety of Lego characters, including our old friend L.L.A.M.A., and an array of special effects tiles, reminiscent of record covers, that kids can use to code confetti showers, sax solos and x-ray vision into their videos.

As a part of VIDIYO and L.L.A.M.A.’s launch, Lego has partnered with Universal Music Group to ensure that in addition to “Shake,” users will be able to play with music from the major label’s catalog. From Katy Perry to MC Hammer, kids will have the chance to make their punk-rock pirate or K-pop unicorn breakdance to it all.

L.L.A.M.A.’s debut single “Shake” is out now on all streaming platforms and the VIDIYO app. Lego’s line of VIDIYO sets is set to hit shelves March 1st.