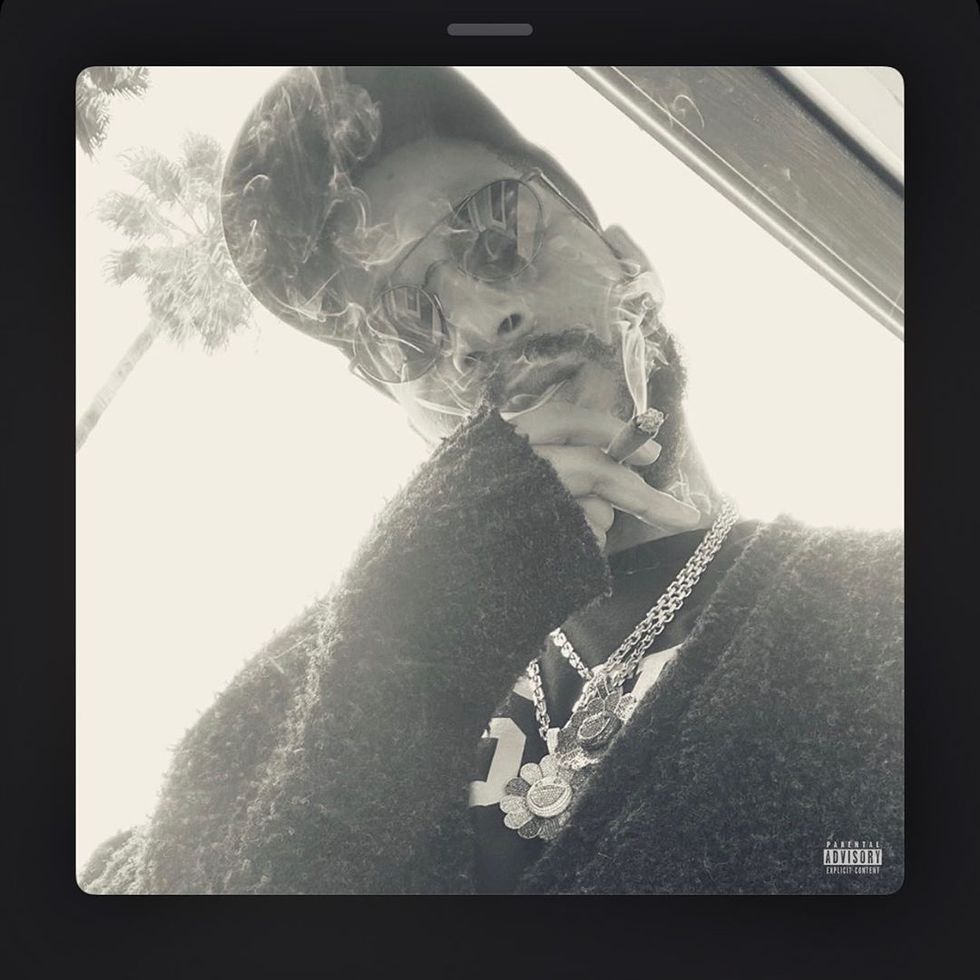 After an almost four-year hiatus, Kid Cudi dropped last month a new single, “Leader of the Delinquents.” The rebellious track is from Cudi’s upcoming album, Entergalactic.

Featuring an image that references a 2012 moment when Cudi expressed dissatisfaction with TMZ, the merchandise is also inspired by the late Jean-Michel Basquiat.

The collaboration, called “Kid Cudi c/o Virgil Abloh,” resulted in a “Leader Of The Delinquents” 7″ vinyl, a 12″ picture disc, a cassette and the “Pulling Strings” tee. All merchandise features the same image of a larger Cudi holding onto a miniature Cudi by strings.

Stream the new single, below, and buy the merch, here.