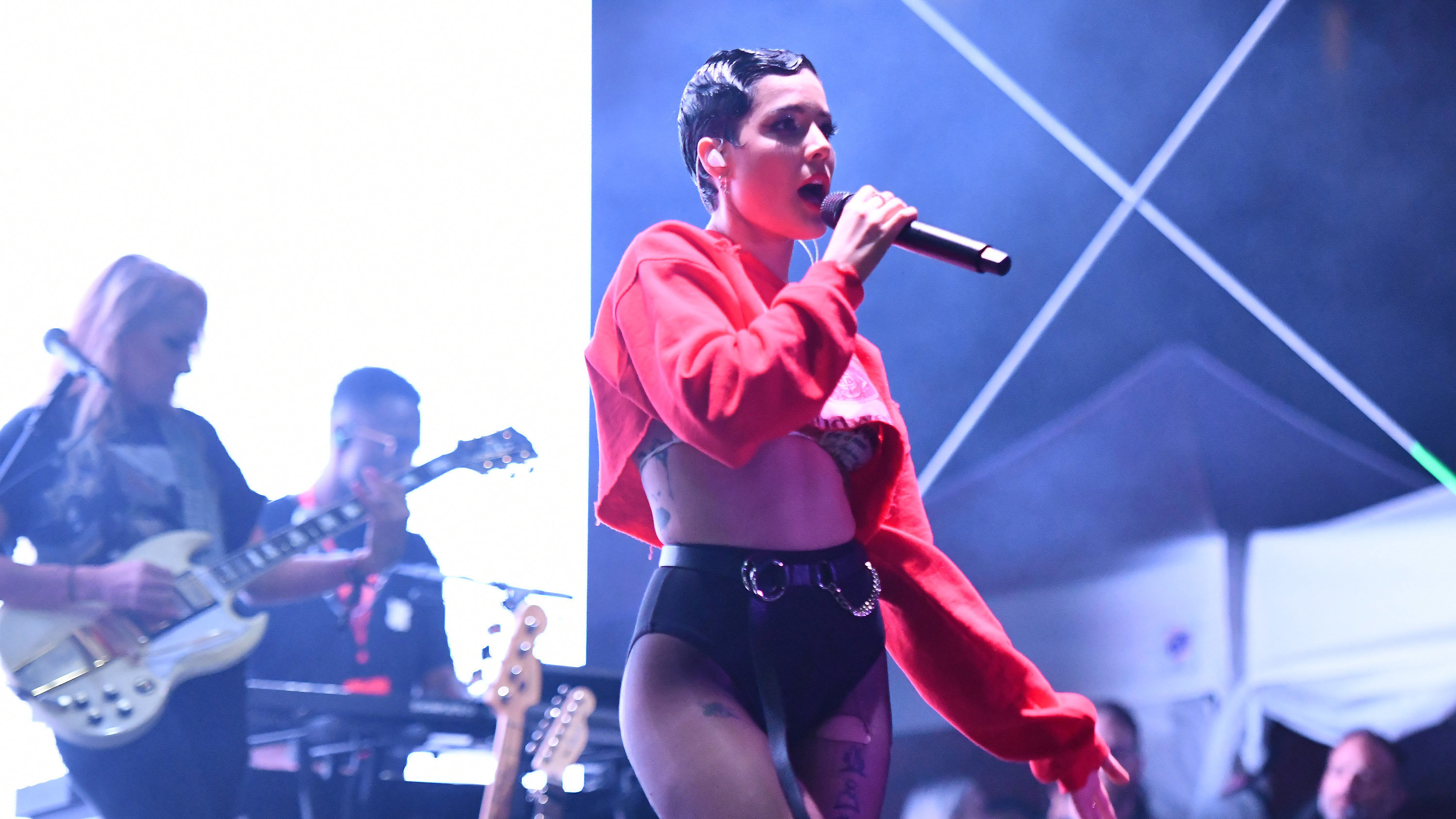 Halsey isn’t just going to stand aside and let people straight up disrespect her during her performance.

On Saturday night, at pre-Super Bowl show BudXMiami, Halsey was in the middle of a performance when an audience member continuously shouted the name of her ex, rapper G-Eazy. And because of this, the “Without Me” singer stopped the music to find out who the rude screamer was.

The offender wouldn’t come forward, so Halsey instead spoke to the general area of the mosh pit where she heard the shouts from. “If you say G-Eazy one more fucking time, I will kick you out this building,” she said. “I will kick your fucking ass, test me. I will kick your ass out the fucking club. You’re not going to disrespect me like that at my own show.”

She then urged the crowd to chant, “Fuck that guy!” And, without fail, the fans followed her lead. Later, Halsey shared a statement on Instagram Stories, saying, “don’t ever let someone make u feel crazy or unhinged cus ur a woman standing up for urself. Don’t tolerate disrespect in the name of being ‘nice.’ Love u.”

G-Eazy and Halsey were dating on and off for about a year before they officially ended their relationship in 2018. The “Graveyard” singer is currently dating American Horror Story star Evan Peters.

halsey on Instagram: “happy birthday darling. I can’t imagine a world without you in it. 🤍”