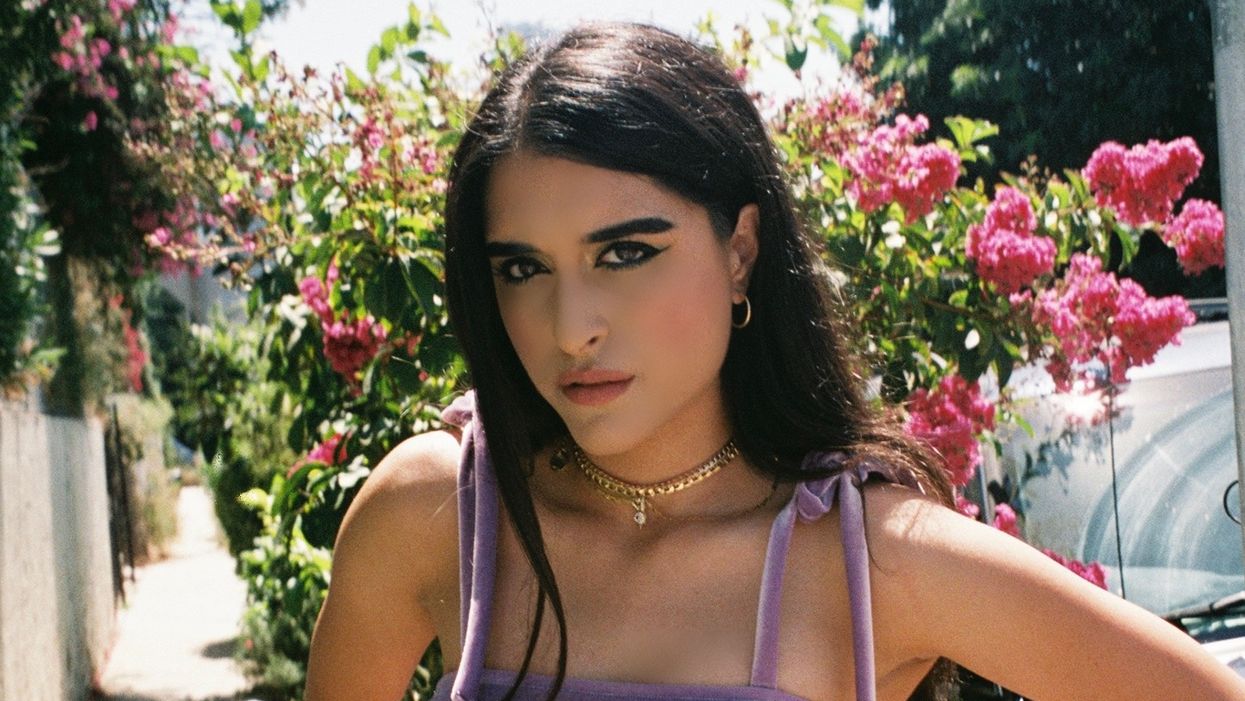 Gia Woods knows how to make an addictive dance anthem. From the alluring, synth-drenched single, “Ego,” to her more recent whispery, lush track, “Naive,” the queer Persian singer has released tons of haunting, infectious music this year. And with such an already impressive discography, who better than Woods to serenade us for Pride?

Here to help us celebrate is Woods, equipped with an acoustic guitar, a video camera and a series of covers initially penned by men, all ready to be revamped. Called “Gia’s Songs By Boys,” the four-part series kicks off with Woods’ take on 112’s classic R&B song, “Peaches and Cream.”

For the first video, Woods strips back the 2001 hit, singing its timeless lyrics that convey themes of uncontrollable desire: “Let me tell you what I wanna do/ Let me show you that I’m feelin’ you,” she sings, before taking on 112’s iconic chorus.

Her sultry tone is taken to new heights, from gravelly whispers to delicate, high-pitched croons. The originally sensual song somehow sounds even more seductive and alluring. This, Woods tells PAPER, was her goal. “I wanted to start this series with this song because when you hear 112’s version, it feels kinda raunchy,” she says. “I tried to make it more feminine and delicate while keeping the sex appeal.”

As Woods revisits popular songs for her cover series, each new take allows her to explore themes that young kids listening in the early aughts might not have been aware of. “I can’t believe how sexual this song actually is because I remember singing it when I was younger,” Woods says. “When I was recording this, I was a little shocked because I don’t remember it that way.”

Regardless of its target audience at the time of release, Woods demonstrates how any classic R&B jam can be made positively queer. “Happy Pride,” she says. “Hope this turns you on!”

Watch Gia Woods cover 112’s “Peaches and Cream,” and listen to her latest single, below.