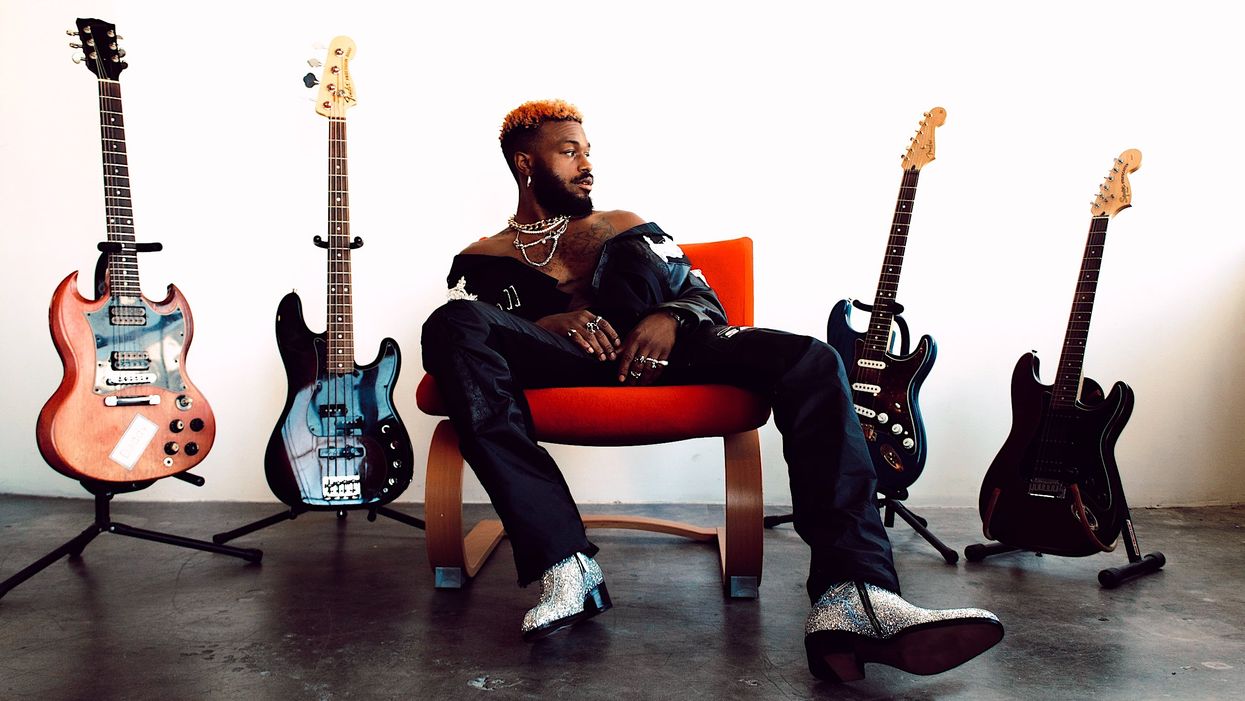 It’s been hard to come up with a genuine, unforced smile in 2020. From the pandemic restricting my daily routine, to the uncertainty plaguing the presidential election that’s finally gotten the orange slime out of office, every day my face morphs into a stale grimace between fresh pulls of my Twitter feed as I look for the next meme that’ll elicit a real-life laugh. Just to feel something in this drab time is a blessing.

Luckily, Duckwrth‘s music brings me genuine joy, as it does countless others. The 32-year-old artist’s mind-boiling music bleeds elements of funk and washes over the listener with waves of the sun’s radiance unlike damn near anyone else in his weight class. Whether he’s rapping like he’s sliding down a stair bannister on a song like “Quick,” or whispering over a campfire of hand claps and soft, feminine voices on “Say What U Mean,” he generates an excitement through his work that is perfect for this moment in particular, avoiding the clichés of trap drums that try and start a party in your living room. 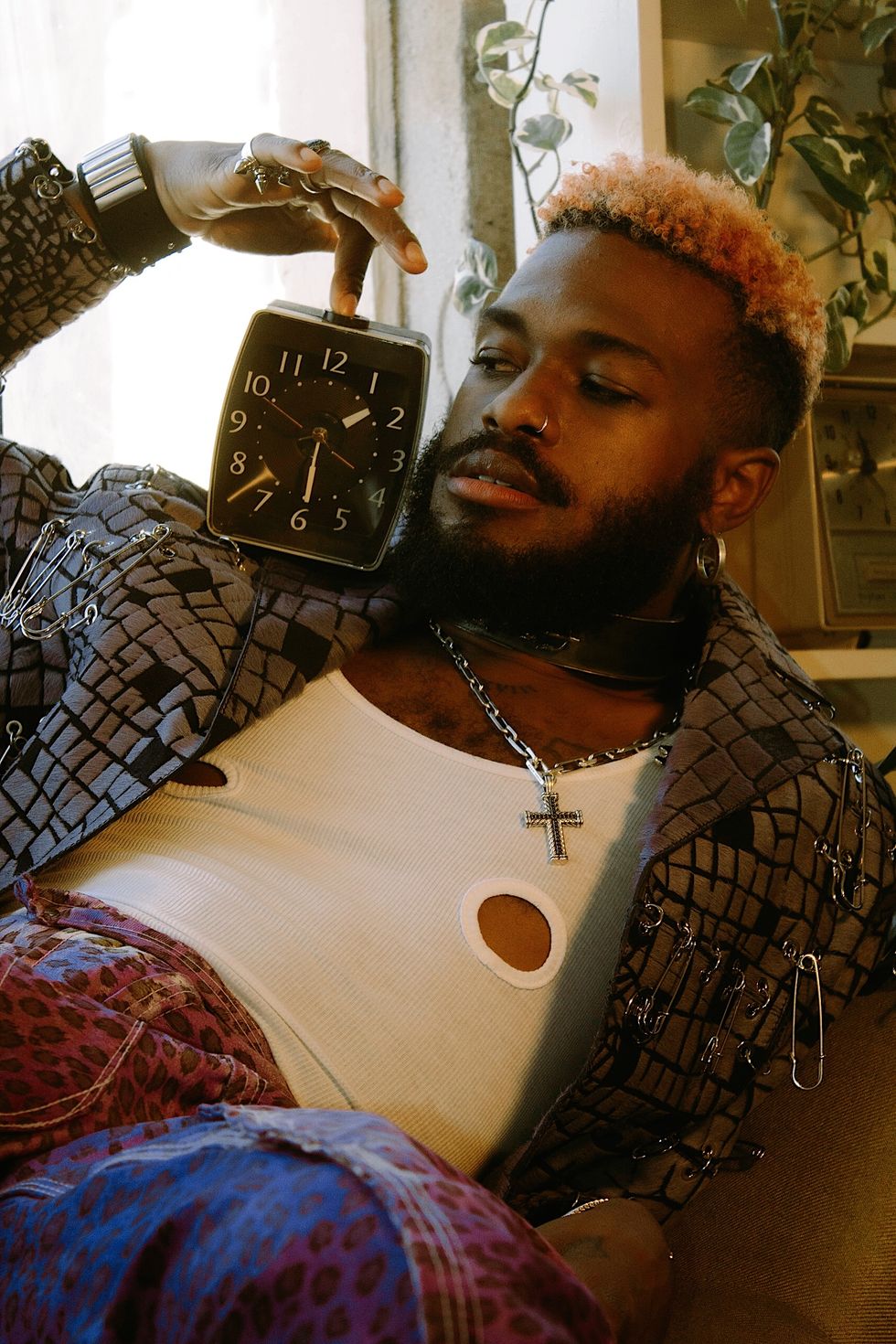 Both “Quick” and “Say What U Mean” come from Duckwrth’s sophomore album, SuperGood, that dropped in August. Built as a celebration of the Black music that inspires his aesthetic, it takes feel-good energy to the next level and creates a body of work that makes happiness an era. “It’s crazy to go back to it, to leave it and come back, and just hear the quality of the album and just how it was mixed and how we arranged it, and just the volume of it,” he says over the phone. “I was playing it in a session last night, and it was just like, ‘Damn, this shit is crazy.’ Like I said, just the volume of it. That’s something I’m very much happy about, but I love it.”

PAPER spoke to Duckwrth about SuperGood, being happy this year and what we can expect from him next.

SuperGood came out in August. How were you doing through the year up until then? What was making you happy? Because as I was reading and listening to the album, the theme that I kept seeing a lot and hearing was about happiness.

I think I opened up and fell in love. I found love. I opened in many ways in my life that I’d been very restricted about before. I feel like everybody’s going through this shit where you have a bad relationship and then you just close off. You put your fence up, so finally around May 2019, I started taking my fences down and allowing myself to be more free, in that sense, just to breathe. And then from there, it was time to make an album called SuperGood.

Was the album therapeutic for you?

Very much so. There’s probably three songs on there that are gospel. That’s my background in general. I went to church for 18 years; my grandpa’s a pastor. So playing around with some of these sounds and vocal stacking and stuff like that made it nostalgic for me, and it just brought me back to church, not so much like the sermon, but when the choir was singing, I’d just be sitting there, head peaked up. 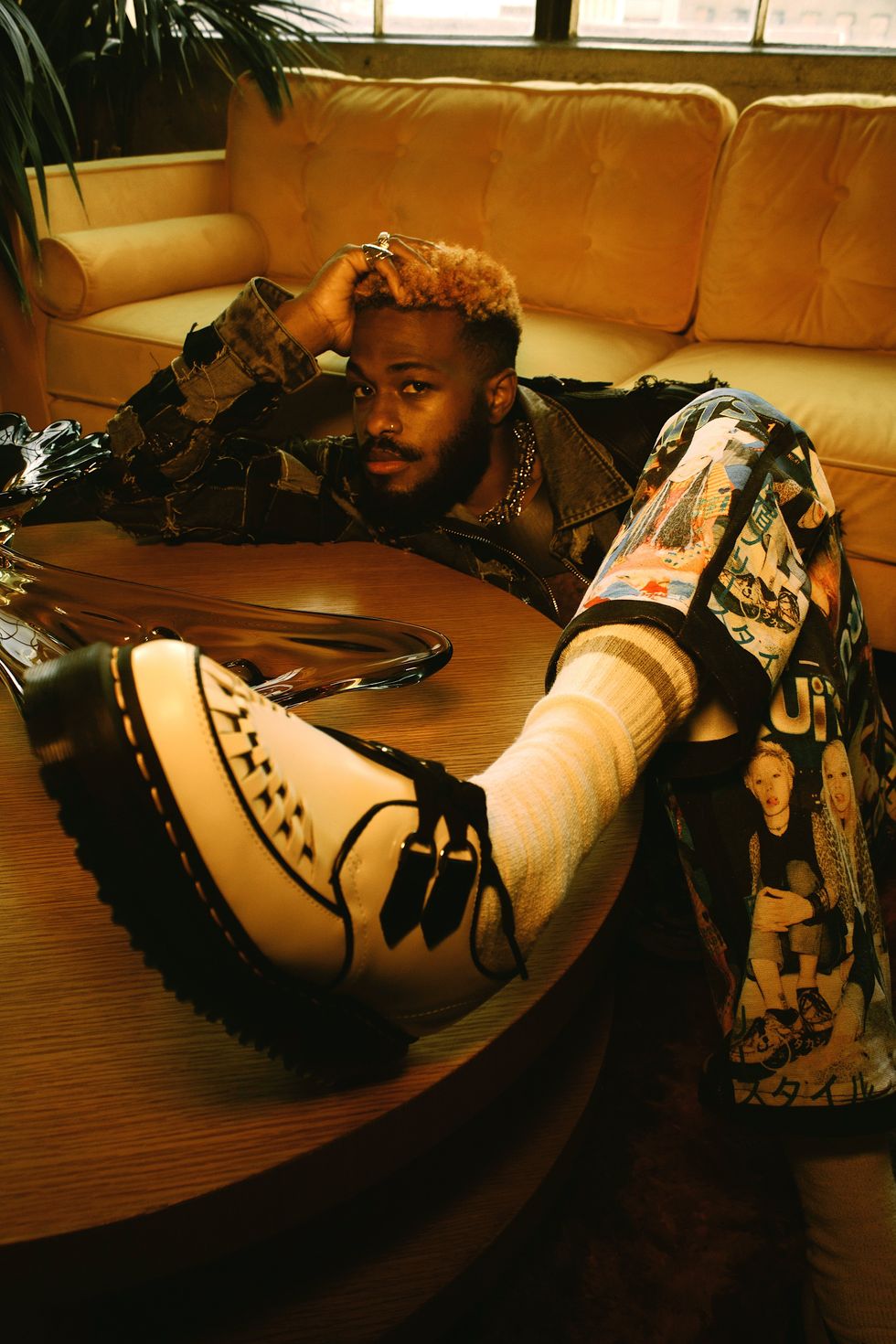 I read an interview with DJBooth from a couple of months ago where you said that making tacos with your girlfriend was a good, happy moment for you. We’re full-swing into the political season and its ups and downs, so what’s making you happy right now?

I’m back to recording again, crazy enough. For so long, I felt I was having tour withdrawal because I’m usually moving around at this time of the year and feeling misplaced. I started working with some of my homies that I used to work with back in the day on my first album and it’s like homecoming. It was just like, “Man, this feels right.” Because we tried to work after that album and it wasn’t quite working. I had to go through my motions with different people, but coming back to this producer and, I guess, group of friends and shit, the music feels right. I had a writer’s block all year and now the writer’s block is gone. So to be able to write again and create and being in creative mode, that’s my genuine essence as a creative. And I feel very placed within being able to create in some type of way, so that’s been keeping me happy this year.

“If people can press play and feel encouraged that there’s some light in the dark tunnel, it’s doing its job.”

How did you get rid of that writer’s block?

Just connecting with the homies and hitting those very familiar notes. I felt like I was, not lost, but just figuring out where the hell I was going to go after SuperGood. And then when I linked with the homies, it made me want to rap again — to project my vocals. It’s been a long year and everything, so I feel like a lot of what I’ve gone through and what everybody’s going through this year is funneling through me in the lyrics and the way I’m projecting shit. What’s tight is we’re just continuing on with this whole SuperGood aesthetic and feel and sound and everything, so it’s like SuperGood is the intro to this world that I’m going to be able to continue with. 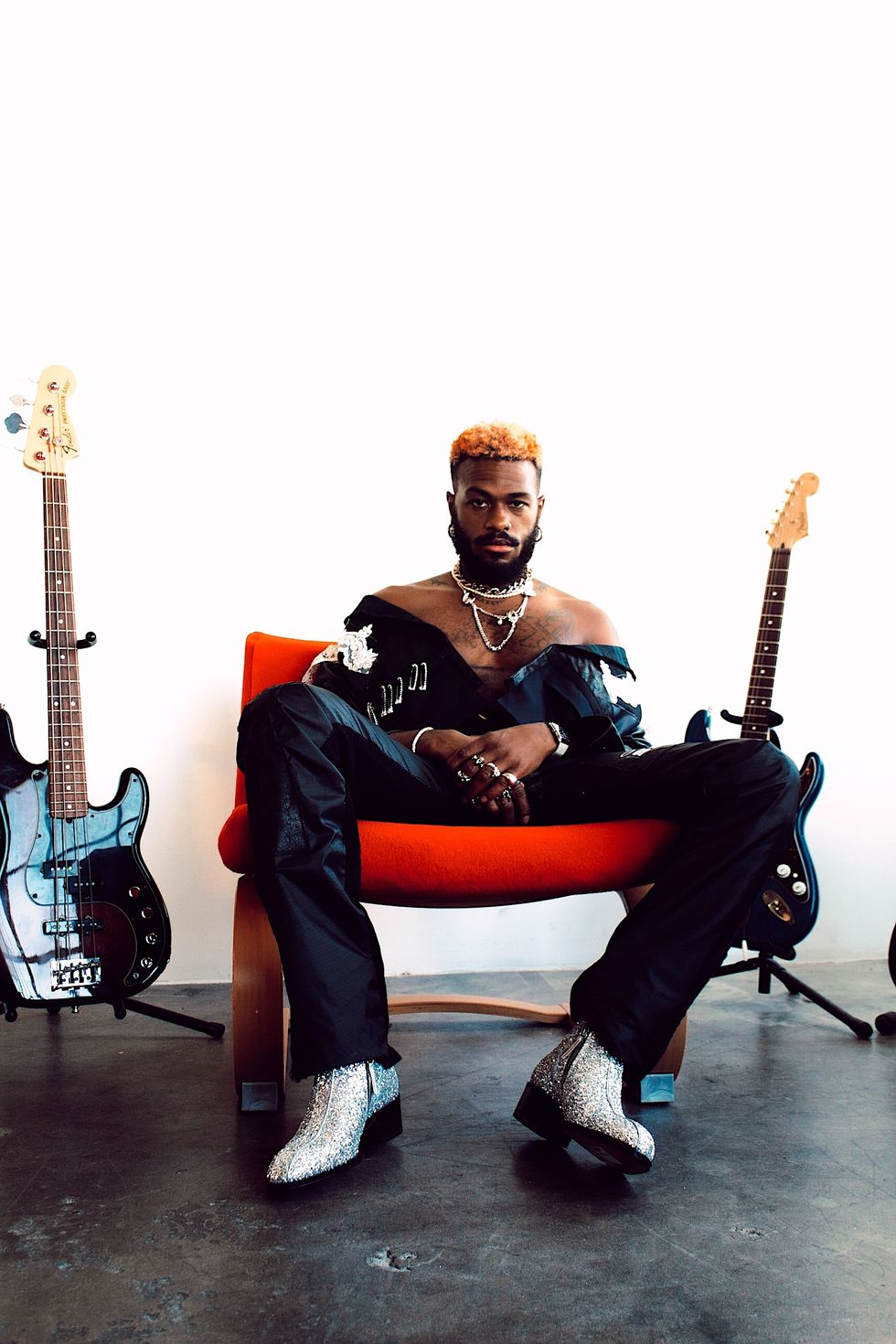 What kind of themes should we be looking for in the upcoming music?

With everything going on right now, how do you feel about SuperGood‘s ability to make people happy in the time since then? Would you say its meaning has grown or changed?

It’s remained the same because we’re still in the same shit. If people can press play and feel encouraged that there’s some light in the dark tunnel, it’s doing its job. That’s what I made it for, so I feel like it’s still there. It’s still relevant, in that sense. 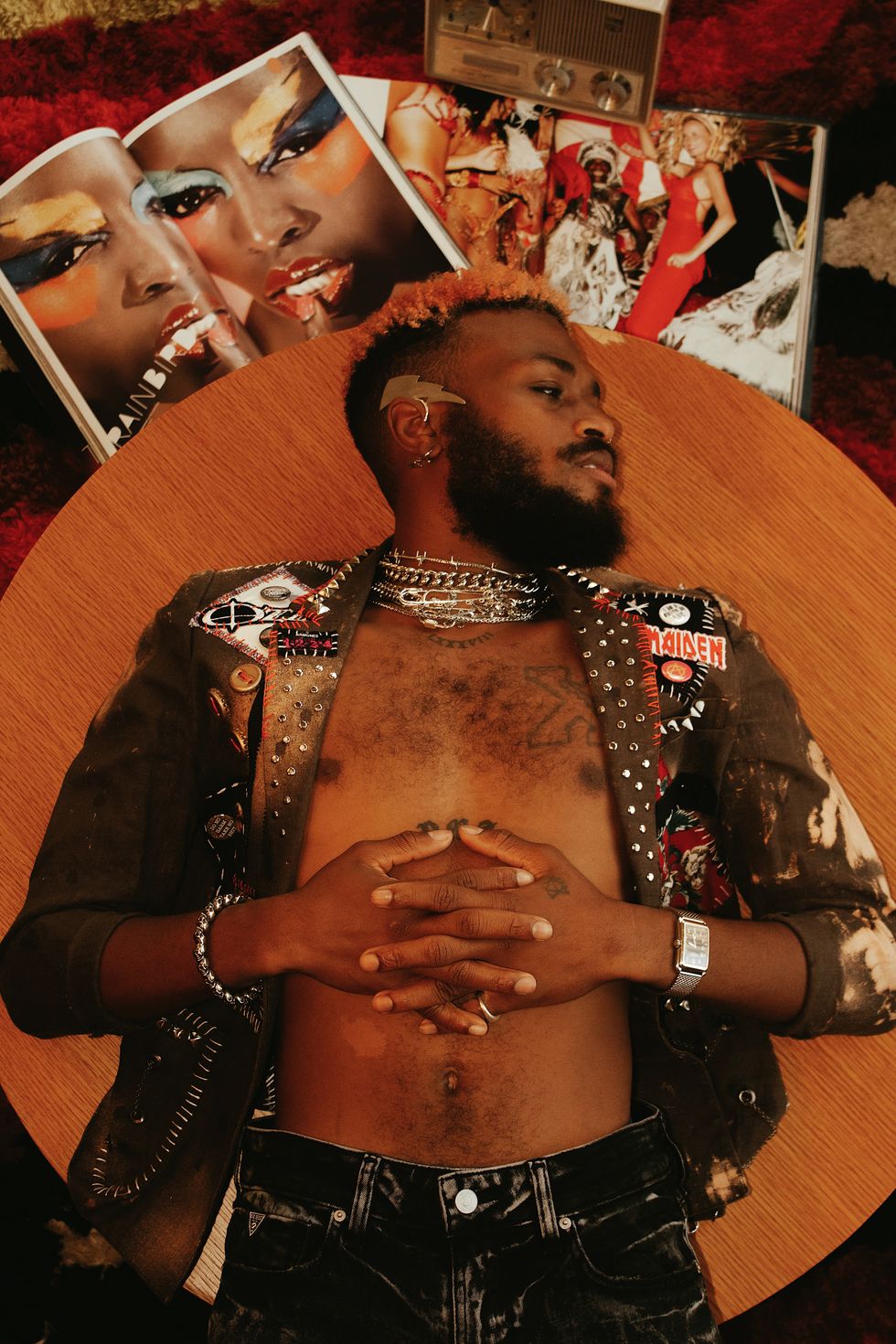 How do you personally feel about the album since its release, now that you’ve had time to really sit with it?

It’s crazy to go back to it — to leave it and come back, and hear the quality of the album and how it was mixed and how we arranged it and the volume of it. I was playing it in a session last night, and it was just like, “Damn, this shit is crazy.” Like I said, just the volume of it. That’s something I’m very much happy about, but I love it.

“I’m naturally going to evolve. I’m never going to stay in one place.”

The optimism of SuperGood is perfect for such a shitty year. But what about post-2020? When the quarantine lets up and it’s a little more… happier outside, how will your message change? Will you still be exploring the world of SuperGood, or do you plan on moving on?

I’m naturally going to evolve. I’m never going to stay in one place. SuperGood was the intro to this world and the comfort that I can have within myself. I don’t feel like I have to be punk or be hard or even do trap shit or anything like that. I feel like I can just feel comfortable in the funk and soul. That’s the feeling of the funk and soul. I’m just going to evolve into funk. 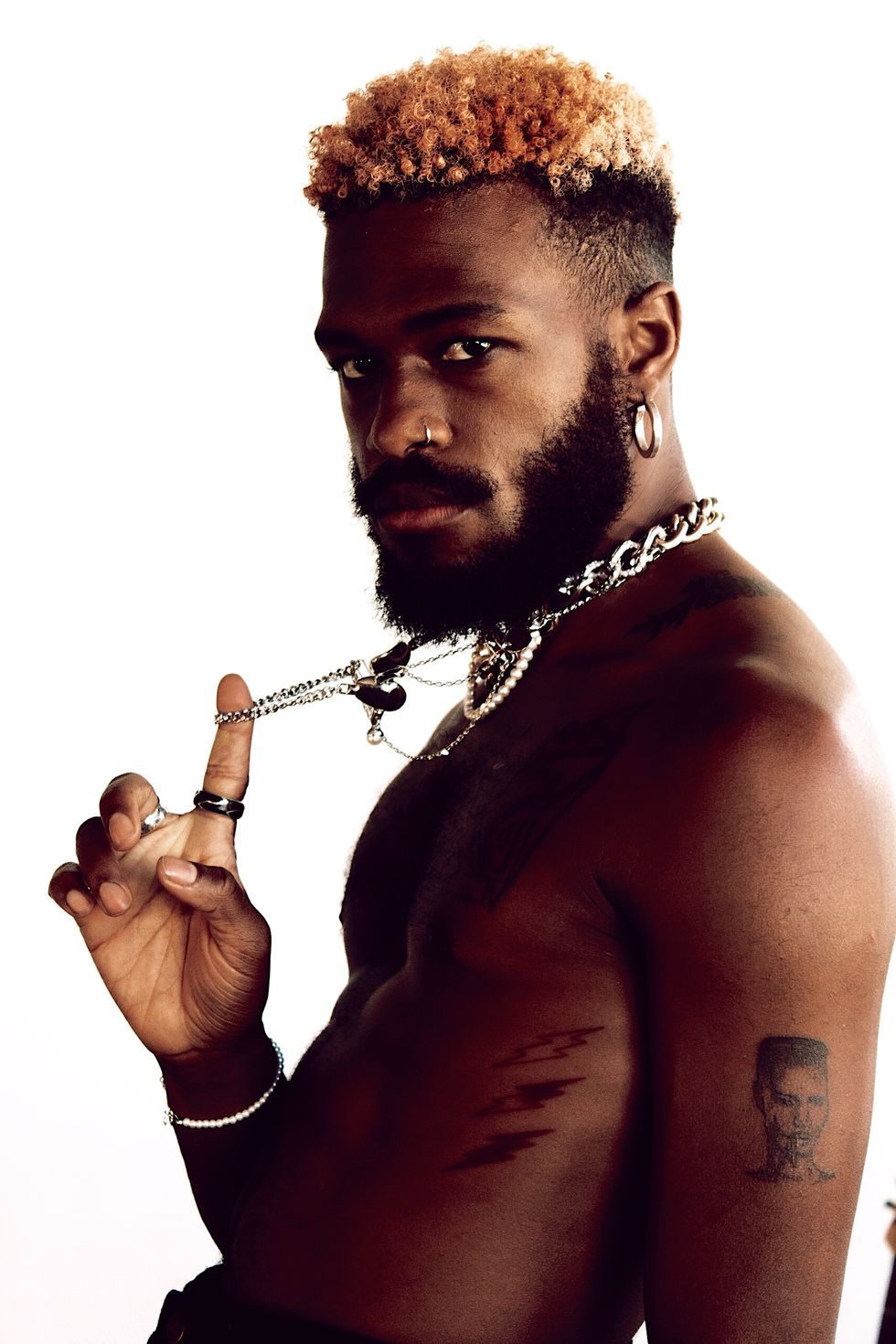 The year’s nearly over. What are you looking forward to in 2021?

Living. I really don’t have any expectations. I’ve had expectations this year and they’ve all kind of fallen flat on their face. So I’ll keep living. If it opens up where we can tour or perform, that’s tight. But we’re in a pandemic, so you just have to ride it out. The best thing is keeping up my health, feeling the best that I can, mentally. There were a lot of down times I had, some dark moments I had this year, so I just want to make sure that I keep my mental health up and my physical health up. So for the time when we can come out and commune, I want to be on point, ready to go, and go ham, go stupid and fuck the world up.

Stream SuperGood by Duckwrth, below.