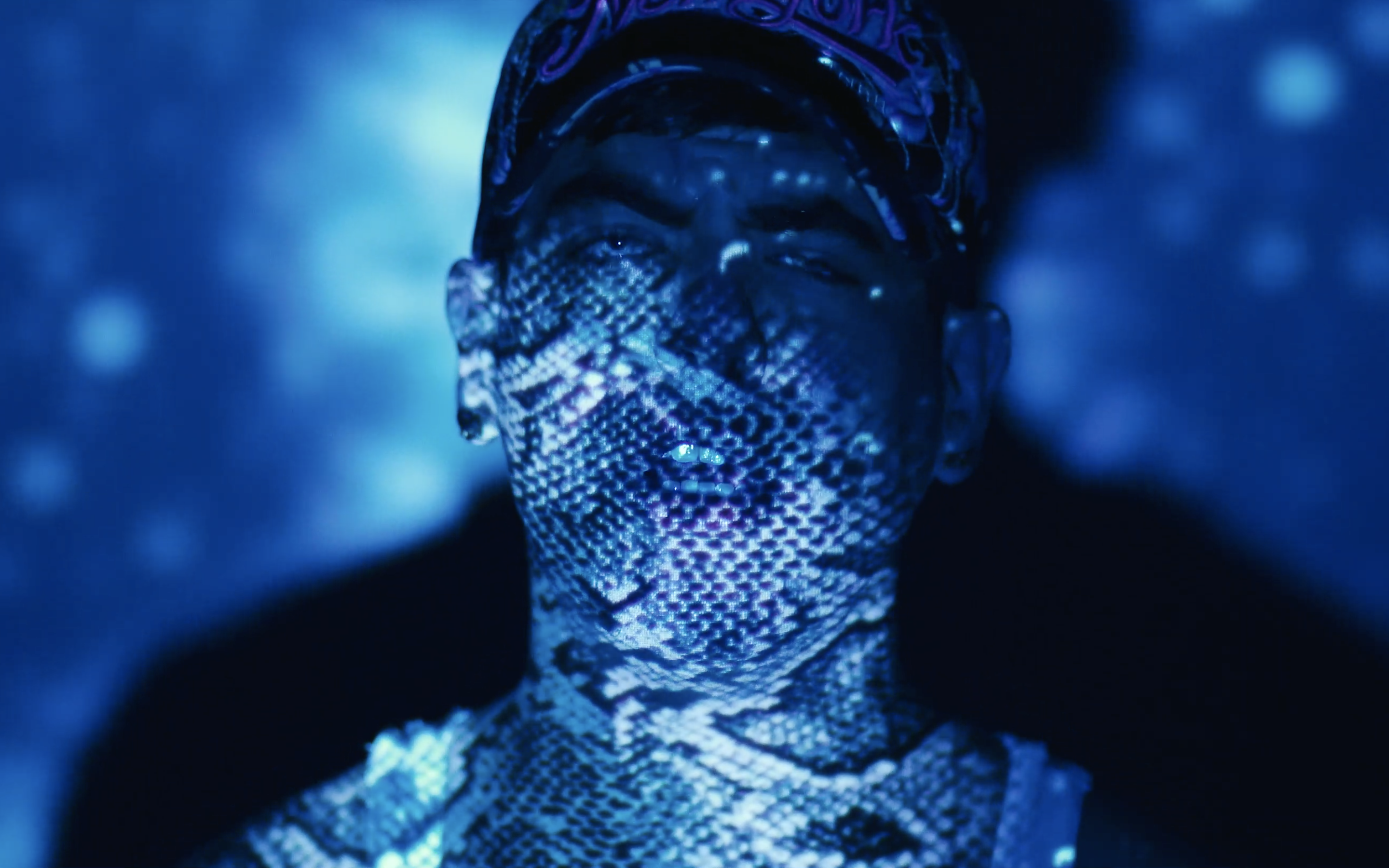 Today on PAPER, rapper F. Virtue premieres the new video for “Don’t Tell The TSA (There’s A Bomb In My Chest),” a song from his recently released album, Millennial Love During WWIII. Much like the rest of his oeuvre, “Don’t Tell The TSA” explores another facet of complicated queer experiences.

Previously, he’s investigated vices and inner demons (“The Darkness“), plumbed queer shame (“We Are Not the Shame”), and called out those who are, to put it bluntly, gay for clout (“Nowadays It’s So Cool to Be Gay (I Smile With Blood In My Teeth)“).

In “Don’t Tell The TSA,” F. Virtue recounts a love so strong that it would threaten the concept of borders and our governmental agencies whose existence depends on them. F. Virtue explains that, for the video and song, he “wanted to take the viewer with me on the volatile ride of leaving someone you could love behind borderlines, or behind in general.”

Directed and edited by Ross Louis Klein, with animations by Michael Ocasio, the music video centers F. Virtue in clear view while jarring, fast-paced projections blur the focus, including images of TSA agents, bombs, the ocean and his IRL boyfriend, Abel Ljoka. “Don’t tell the TSA, but this boy from the Midwest put a bomb inside my chest. And I’m heading to the airport,” he raps.