London producer Sega Bodega (real name: Salvador Navarrete) arrives today with his long-awaited sophomore album, Romeo, featuring 10 tracks that build off the reputation he solidified through 2020’s debut, Salvador. Like all successful second projects, Bodega’s latest continues to explore his signature subdued, experimental electronica, all while stretching him beyond his comfort zone and inviting in a crew of close friends as collaborators, from Donna Missal to Isamaya Ffrench. 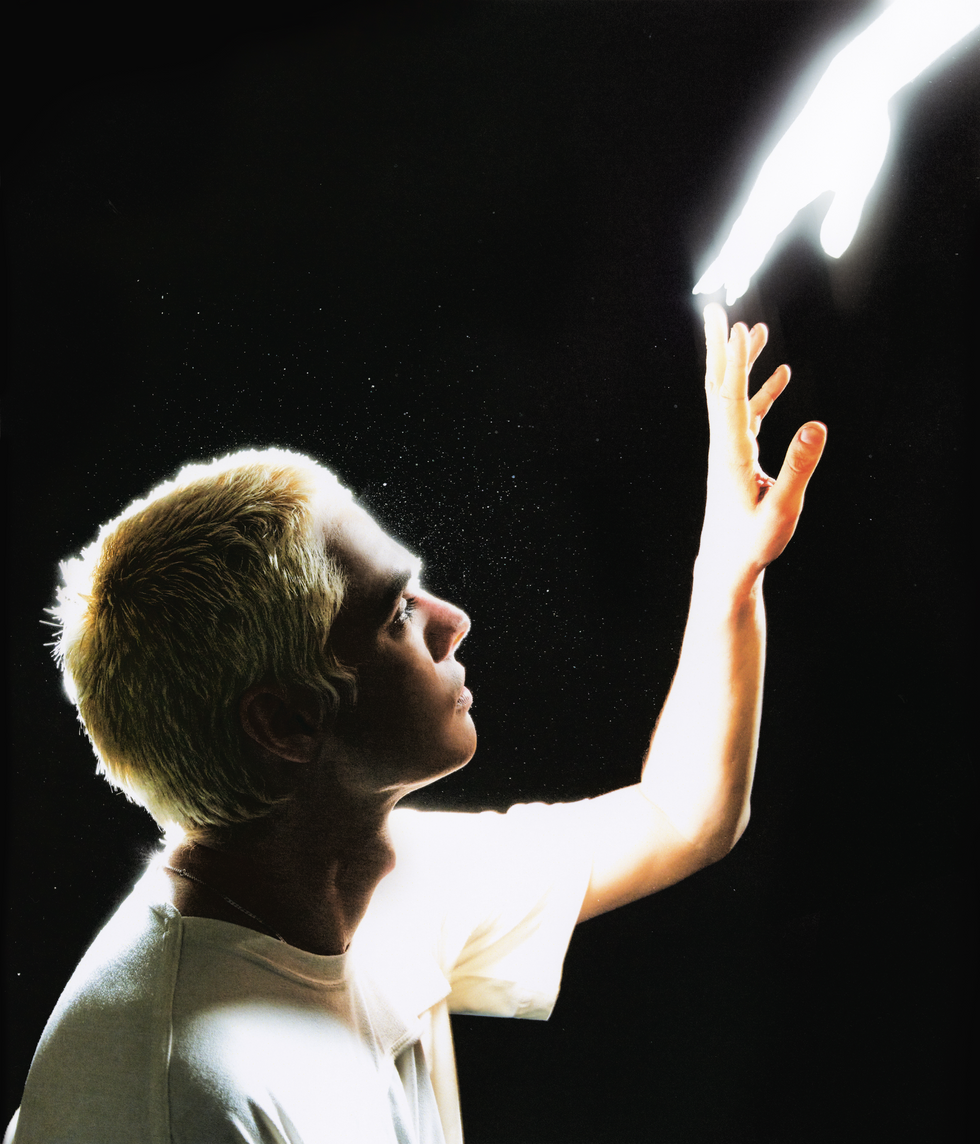 Romeo brings to life the fictional relationship between Bodega and a girlfriend made entirely of light, named “Luci” — a conceptual through-line that’s visualized on artwork depicting the musician being caressed by a luminescent women in a moment of intimacy. From start to finish, Bodega documents the highs, lows — and endlessly complicated nuances — of a love affair in its early stages. “Luci” is also the 10th and final track on Romeo, rounding out his emotional deep dive.

Related | To Donna Missal, Your Face Is Love

Ahead of Sega Bodega’s 2022 European tour, which kicks off January 14 in Dublin, PAPER asked him to break down every track off Romeo. Below, Bodega talks about putting his own vocals on tracks he’d previously have given to others, working with Arca, and starting and finishing one song in three short hours.

This was the track that made me decide I needed to start trying to vocal the beats I would usually just send over to a rapper or someone with a rougher style of vocal. I would usually just assume I wouldn’t fit over something like this, but I’m so happy with the balance of aggressive and calm. It’s probably in the top three of the whole album.

“Angel On My Shoulder”

I was with a friend who means a lot to me and started to imagine what it would be like if we never met, and I would have had no idea how much this person would mean to me. Then I started to realize that there are people I will never meet who would have changed my life, maybe due to dying young or just never having been born, and the idea that those people are our guardian angels.

“All Of Your Friends Think I’m Too Young For You”

The original idea for this was a beat from 2014, which I believe has popped up in some mixes at one point or another. In 2020 I did a session with Taylor Skye (of Jockstrap), who I really admire as a producer, and we ended up going into it and finishing it pretty quickly. Those weird glitchy synths he brought to it are perfect.

“Only Seeing God When I Come”

Me and Donna Missal work on a lot of music, which basically starts from her sending me completely acapella vocals and I build the track around it. But she sent a vocal over for “Only Seeing God” and I instantly connected with it, and asked if I could develop on it into a track for my record. This was simultaneously my nod to things like early garage, but also getting to scratch my Aphex Twin/ Squarepusher itch.

“I Need Nothing From You”

A few years ago, me and bea1991 were jamming an idea with a couple different ideas in it and somewhere in the middle was this very quick section. I was listening to “Down to the River to Pray” by Alison Krauss a few years later and wanting to create this same sense of gospel feel. It’s my favorite song, I think, from the album. 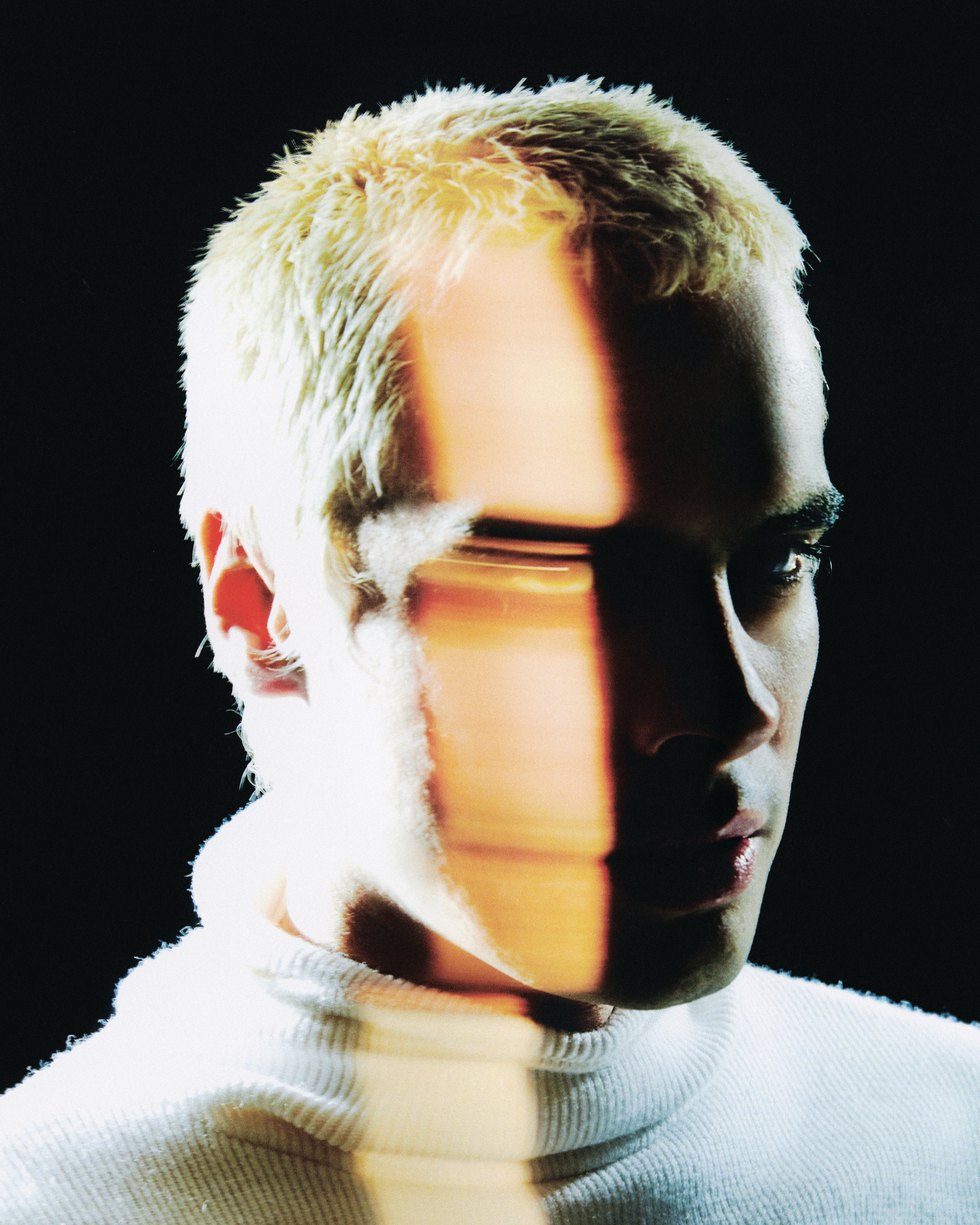 I got to meet and work with Charlotte at the end of 2020 and ended up having a three-day writing trip turn into two weeks. It was one of those ones where the ideas just kept coming. This was one of a bunch of things I think are extremely special.

Arca’s an artist who, through her work, has shaped who I am as an artist. I had been nervous to ask her to jump on this track because sometimes when you’re absolutely positive someone will be into an idea, more often than not they aren’t, but I sent it and I think that same day or a day later she sent back these vocals and I was obsessed.

This is the oldest track on record — kinda feels most like something that could have been on my last record. I think it’s cute, though.

I had SOPHIE in my mind the whole time I wrote this. I would never have imagined I’d be writing a song like this for her and I hate that this is where we’re at. Isamaya Ffrench, who is one of my dearest friends, is the vocal carrying the whole instrumental. She’s my go-to person for ideas. We sort of whipped this instrumental up really fast one random day

I think this took a whole three hours to come together. I don’t have much to say about it besides the fact that I just love it.