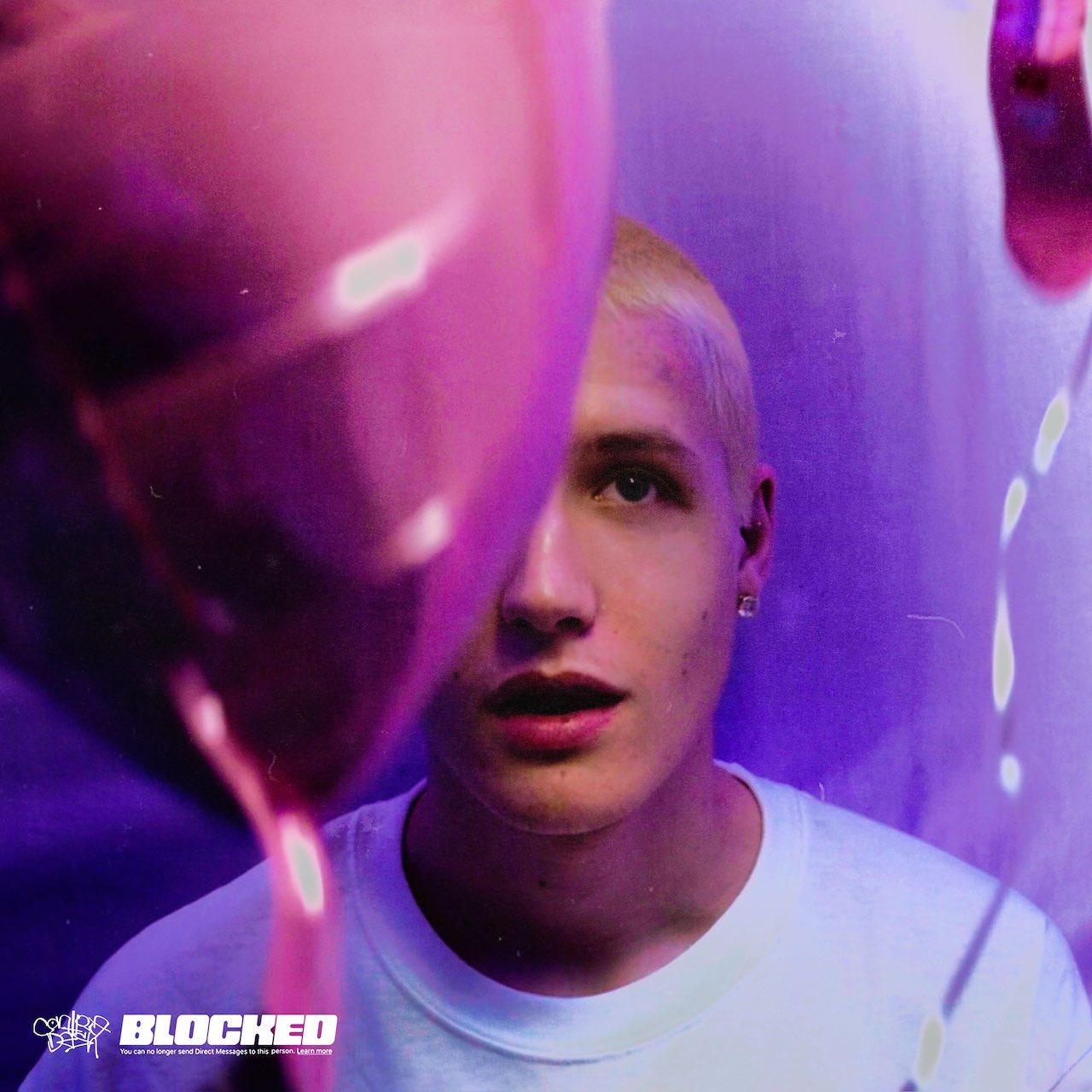 Outfitted in pale blues and pinks, California-grown contradash is the sole star of the video for his latest single, “blocked.” Like many of us, he’s firmly separated from the object of his affections — both physically and digitally. In our current era, the pang of physical isolation is almost a given. Getting blocked, however, has never been so frustrating.

Abrupt movements, push-ups and lonely games of Connect Four are all contradash is left with. Each tab is a dead-end and each Snapchat is left pending; all that he’s got is the laid-back beat of “blocked” and a choir of his pitched-up and pitched-down melodies to accompany him. That’s no small company, though. His vocals are soothing complements to the otherwise harsh reality of the lyrical content, positioning getting blocked as equal parts frustrating and “it is what it is.”

“I wrote and recorded this song in my room, about a year after bouncing back from a crazy situation where my life was slowly turning into a Maury episode for real,” contradash says of the downtempo bop. Despite the heaviness, he decided to turn the song’s video, directed by himself and Frankie Enriquez, into something ironically bright: “It was like taking an old awful memory and replacing it with a new fun one.”

Watch the PAPER exclusive premiere of contradash’s lonely video for “blocked” below — and try not to get too hung up on that ex who you can’t DM anymore.