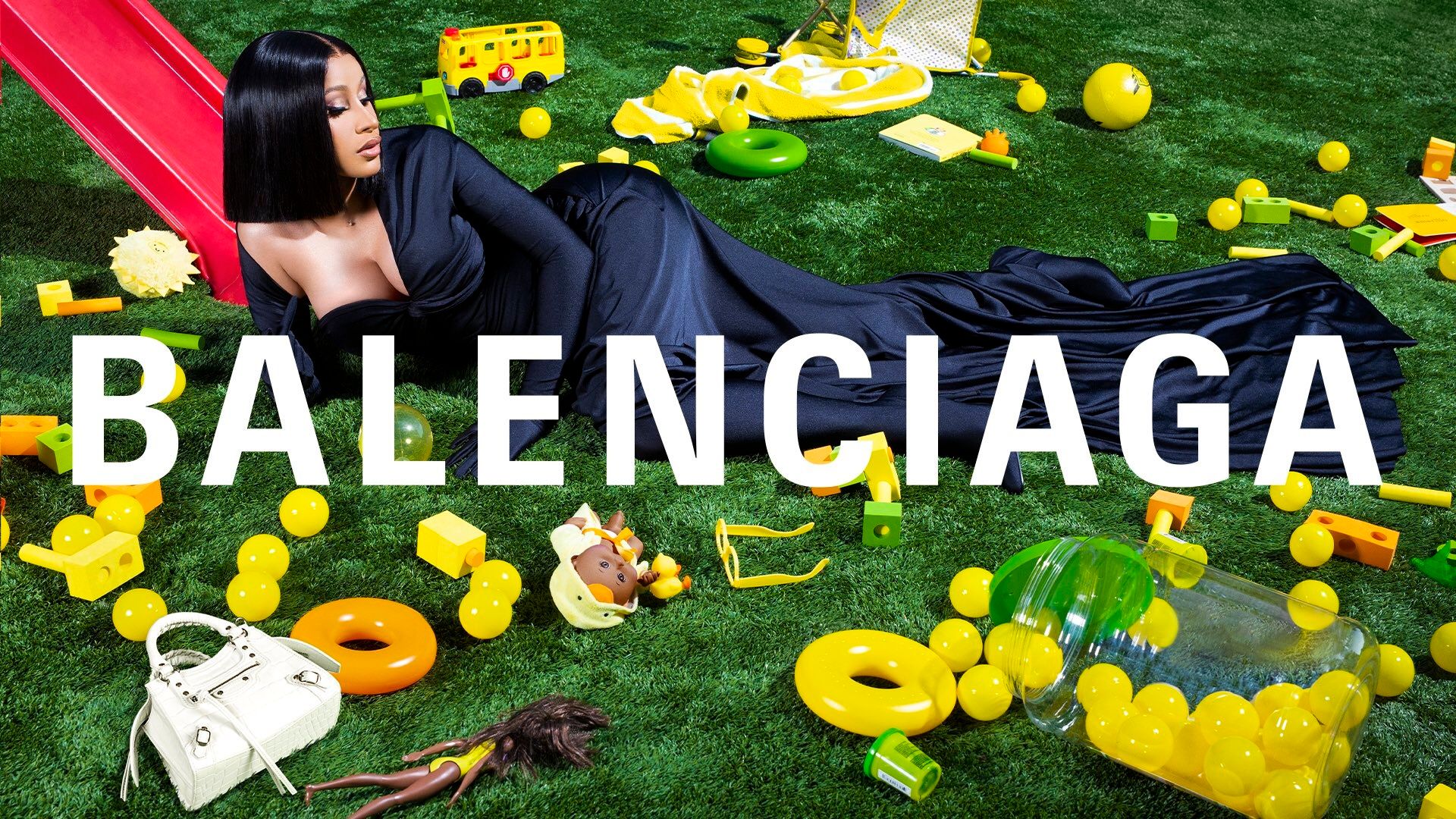 After proclaiming to the world that she likes the Balenciagas that “look like socks” (among other several namechecks of the couture house), it appears that Cardi B’s dreams have finally been manifested in a big way. This morning, the Balenciaga momma herself unveiled her first ad campaign for the brand on Instagram, which also sits high on a billboard in Paris.

“Ya lookin at the face of a @Balenciaga campaign!,” she captioned her post. “I remember how I felt seeing myself on a billboard in NYC Times Square but PARIS! Wish I was there to see it in person!” The giant billboard is located right next to the Louvre, the same place Beyonce and Jay-Z shot their “Apeshit” video.

Twitter
First look at new BALENCIAGA billboard with Cardi, displayed on the side of the Louvre museum in Paris. 🇫🇷

The image shows Cardi laying down on a grassy patch surrounded by Balenciaga’s new Neo Classic big alongside trucks, dolls and other kid’s play-things, no doubt a nod to her 2-year-old daughter Kulture’s toys. According to WWD, her dark evening gown was selected by Creative Director Demna Gvasalia, and the winter campaign was self-styled and self-produced during lockdown in LA.

Though this is the “WAP” singer’s first campaign for the house, she’s worn the brand’s wares under Gvasalia numerous times, including a memorable sculptural coat and matching plaid boots from his Fall 2018 collection.

“By removing some steps in a typical campaign production, a contemporary way of creating fashion imagery is brought to life, bridging the gap between fantasy and experience,” Balenciaga said in a statement, per WWD. “From the comfort and confinement of a familiar place, with near-limitless creative control, the stars of the Winter ’20 campaign share an emotional side of dressing alone — for one’s self, or for today’s multiple modes of staying in touch from afar.”