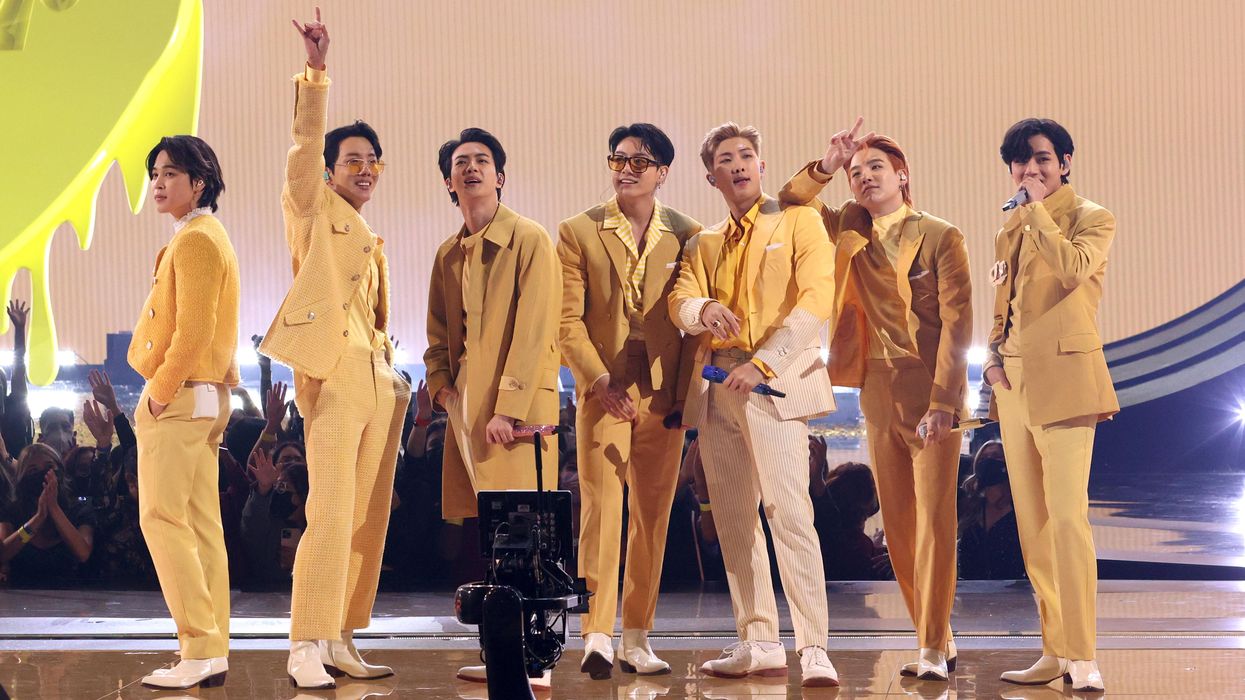 The 2021 American Music Awards had an awesome lineup of artists including Chlöe, Olivia Rodrigo, Bad Bunny and, of course, BTS. The band flew all the way to LA from Seoul, South Korea to attend the awards ceremony, and it seems the trip was well worth it.

The group won the award for Artist of the Year. They were up against Ariana Grande, Olivia Rodrigo, Taylor Swift, Drake and The Weeknd. This marks a historic win, as the boys are the very first Asian act in the history of the fan-voted awards show to claim the title.

“Four years ago, we had given this first-time-ever TV live performance at this stage AMAs for ‘DNA.’ We were so excited and nervous at the time. And it’s been a long and amazing ride since then,” the group’s leader RM said during his acceptance speech.

He continued, “But nobody could have ever bet on the odds of us standing here receiving this award. Except for the ARMY. Seven boys from Korea, united by a love for music, met the love and support from all the ARMY all over the world.”

RM, Jin, Suga, J-Hope, Jimin, V and Jungkook also performed “My Universe” with Coldplay earlier in the evening. This was the first time the two bands came together to perform their song live in front of an audience.

Aside from attending the AMAs, BTS is in LA for their first live in-person concert since the pandemic began. The “Permission to Dance On Stage” sold-out shows will be held on November 27 and 28, and December 1 and 2 at the SoFi Stadium.