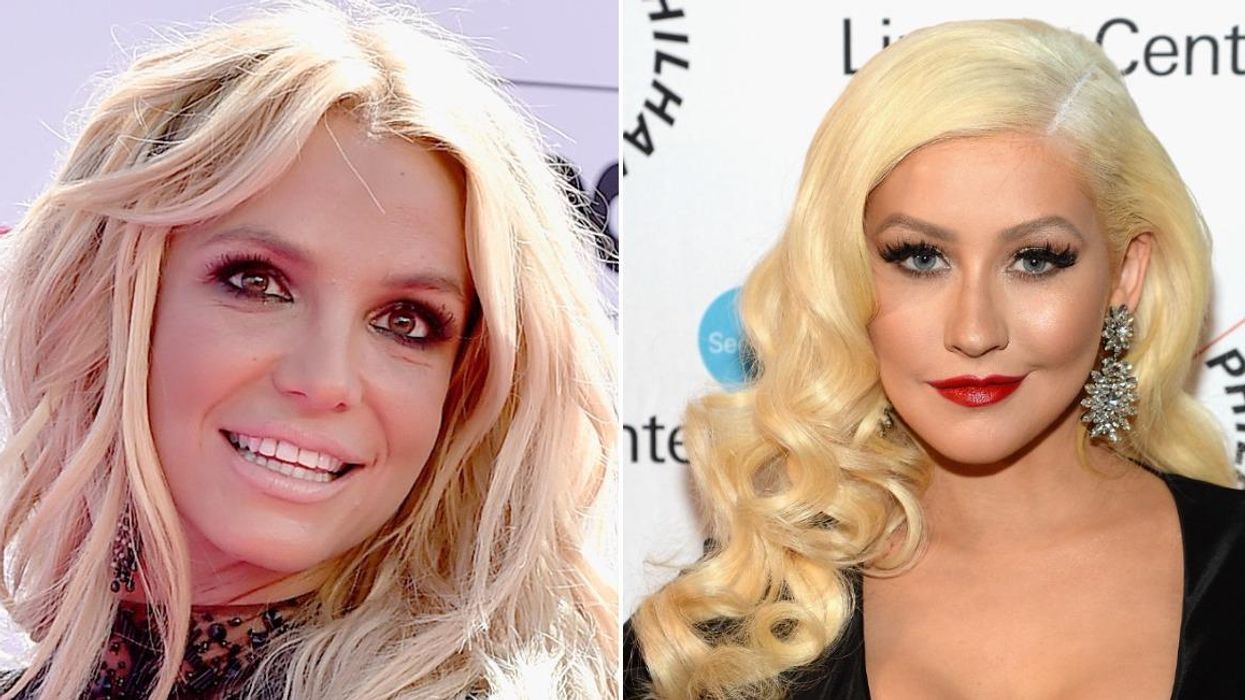 Britney Spears is calling out Christina Aguilera for “refusing to speak” about her conservatorship.

As you’ve probably heard, the pop icon was finally freed from her 13-year conservatorship earlier this month. Naturally, the news was met with much celebration, however, Spears apparently took notice of one person’s continued silence, and she isn’t happy about it.

On Thursday evening, Christina Aguilera was walking down the red carpet at the 2021 Latin Grammys when a reporter asked her about Spears’ recent legal victory.

“Have you guys had any communication or are you going to celebrate?,” they asked, prompting Aguilera’s rep to say “No, we’re not doing that tonight, I’m sorry.” Even so, the star still managed to say she was “happy for her” while being led away, though she also seemingly said that she couldn’t speak on the matter right now.

Related | Christina Aguilera Speaks Out in Support of Britney Spears

That said, it didn’t take long for a video of the interaction to reach Britney, who shared the clip to her Instagram Story alongside a pretty pointed caption.

“I love and adore everyone who supported me,” Spears said. “But refusing to speak when you know the truth, is equivalent to a lie!!!!”

She added, “13 years being in a corrupt abusive system yet why is it such a hard topic for people to talk about??? I’m the one who went through it!!!! All the supporters who spoke up and supported me, thank you… yes I do matter!!!!!”

Granted, Aguilera previously expressed her support for Spears in a public statement from June, writing that she deserves “all the true love and support in the world.”

“It is unacceptable that any woman, or human, wanting to be in control of their own destiny might not be allowed to live life as they wish,” Aguilera tweeted. “To be silenced, ignored, bullied or denied support by those “close” to you is the most depleting, devastating and demeaning thing imaginable.”

These past few days I’ve been thinking about Britney and everything she is going through.

It is unacceptable that any woman, or human, wanting to be in control of their own destiny might not be allowed to live life as they wish. pic.twitter.com/NRhNwcJaD3

She also went on to argue that “every woman must have the right to her own body, her own reproductive system, her own privacy, her own space, her own healing and her own happiness,” likely in reference to Spears’ court testimony about how she was forced to get an IUD and take lithium.

“The conviction and desperation of this plea for freedom leads me to believe that this person I once knew has been living without compassion or decency from those in control,” Aguilera wrote. “To a woman who has worked under conditions and pressure unimaginable to most, I promise you she deserves all of the freedom possible to live her happiest life.”

Britney Spears calls out Christina Aguilera for walking away from a question about her conservatorship ending. pic.twitter.com/Lib6FcE4iC