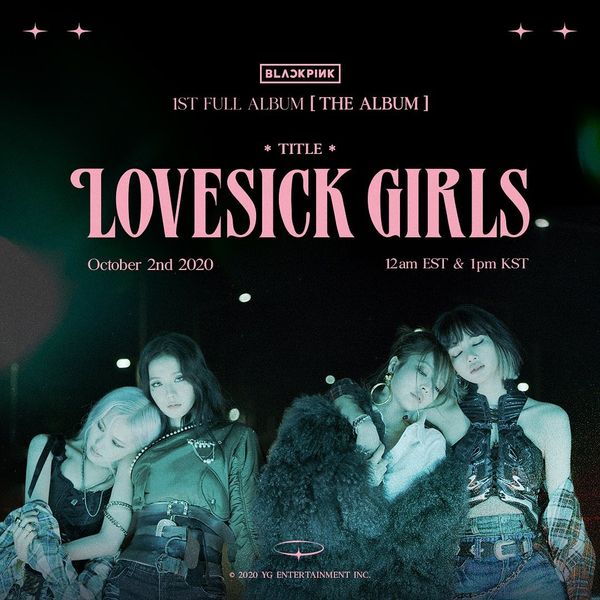 BLACKPINK has been big in the music scene for some time now, and has dropped multiple top bops. And very soon they’re set to release their first ever full album. It’s expected to include “Ice Cream” featuring Selena Gomez, and now they’ve just announced another single to be included in the track list.

On Saturday, the girls dropped four concept teaser trailers for The Album — one for each of the members Jennie, Jisoo, Lisa, and Rosé. And it looks like they’ll be dropping another music video soon as they also posted a photo on Sunday, teasing a new single, “The Lovesick Girls,” which looks to be their title song.

Related | A BLACKPINK Doc Is Coming to Your Area

Aside from “Ice Cream,” their debut record will also include “How You Like That.”

The Album is going to premiere on October 2, at midnight EST. But before that, the girls are holding a live-streamed event called “Comeback Live” at 9:00 PM on VLive. They’re also releasing a Netflix documentary on October 14.