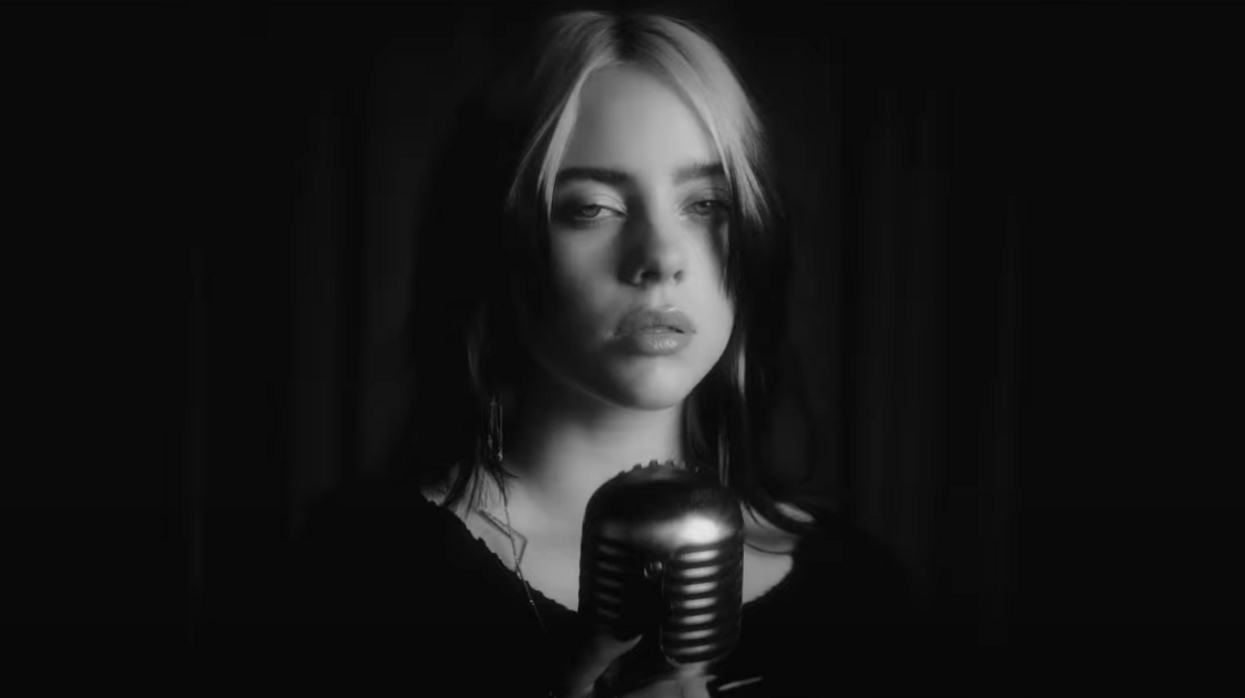 If you thought that the wait for James Bond’s next movie, No Time to Die, couldn’t be anymore excruciating, you’re wrong. Billie Eilish has just released the official music video for “No Time to Die,” her theme song for the new movie that’s powerfully earnest, and extremely loud with its drowning silence. You’ll see Eilish in the video and clips from the movie that should hold you over until the film hits theaters on November 22.

In the black-and-white visual, Eilish slowly walks up to a microphone and sings in a pure, intimate form. While she performs, clips from the new movie play which include James Bond (played by Daniel Craig) passionately making love to a woman, him staring into the distance mysteriously and him getting into a high-speed car chase in a bulletproof car. It provides some exciting new glances at the movie and what it’ll detail in each action-packed sequence.

Eilish released the No Time to Die theme song in February. She released a statement about the song, which was a collaboration with her brother Finneas, and explained what it meant to her to be a part of the film. “It feels crazy to be a part of this in every way,” she said in a statement. “To be able to score the theme song to a film that is part of such a legendary series is a huge honor. James Bond is the coolest film franchise ever to exist. I’m still in shock.”

Related | Billie Eilish Really Has ‘No Time to Die’

No Time to Die will be the fifth and reportedly final film for Craig starring as the legendary MI6 agent. Also starring Lea Seydoux, Lashana Lynch, Christoph Waltz and Jeffrey Wright, the film will follow Bond, who’s left active service to the MI6 organization, but gets approached to find a missing scientist who gets abducted. Bond’s search for the scientist — and the truth — will put him against a dangerous villain.

Check out Eilish’s silky video up above.