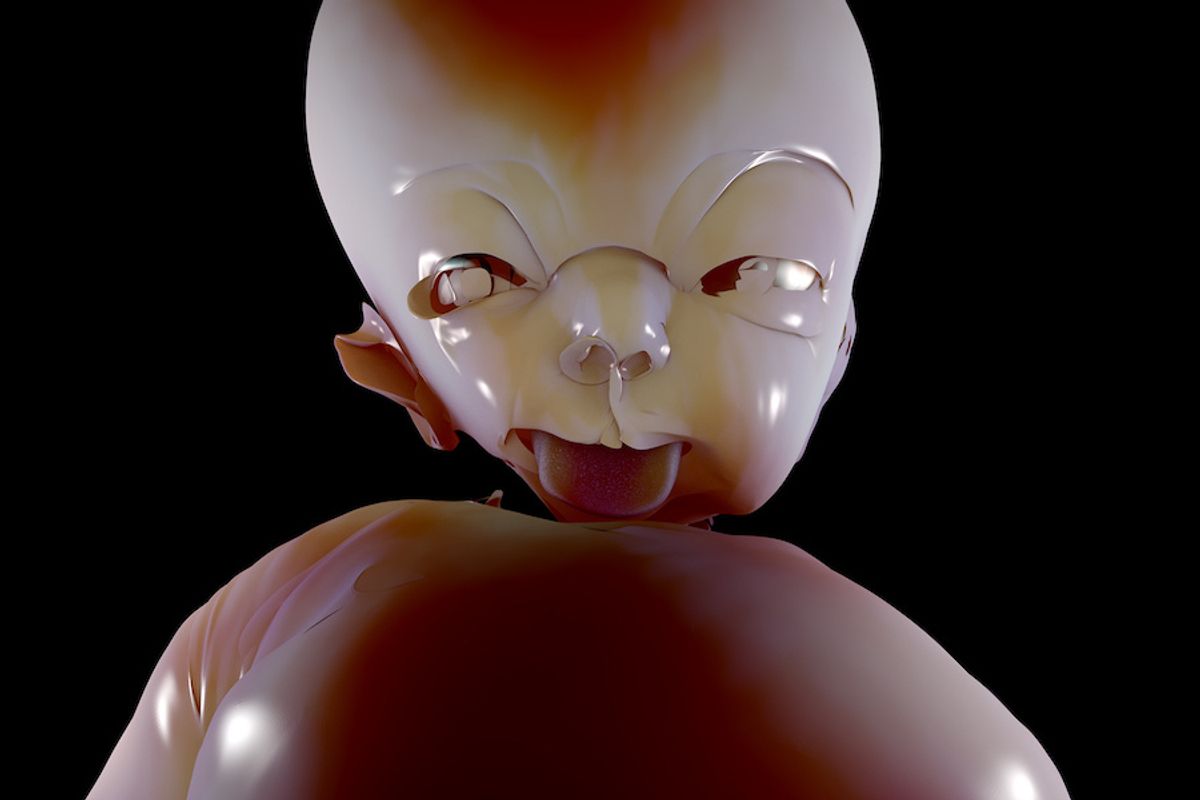 For anyone that was around, 2013 was an exciting time in NYC nightlife. Rappers like Mykki Blanco, Le1f and Zebra Katz were gaining prominence; Shayne Oliver’s Hood By Air was in its heyday; and GHE20G0TH1K was going strong. A new more experimental sound was emerging from the underground scene with acts like Total Freedom and Juliana Huxtable playing CDJs like they were an instrument, chopping, looping and warping songs into an on-the-fly audio collage in what many would later call “deconstructed club.”

At the center of all of this was a promising young Venezuelan NYU student that was quickly garnering critical acclaim for a series of otherwordly sounding EPs and a rumored production credit on Kanye West’s forthcoming Yeezus album.

Fresh off the heels of her latest album, the nonbinary pop epic KiCK i, Arca is revisiting her debut mixtape, &&&&&, in a new reissue celebrating the 100th release from Berlin label, PAN. Remastered and available for the first time as individual tracks on streaming services and vinyl, fans — both new and old — will finally get to rediscover this often over looked gem in Arca’s discography. A pre-cursor to her debut album, Xen, the mixtape sees Arca’s experimental sound design on full display with decadent layered vocals stretched and distorted over blown out beats and pensive piano chords.

“I wanted to make something that was my best work. I listen to it very fondly today,” Arca said in statement announcing the reissue. “A sense of possibility, a sense of the unknown; punk attitude, respect for classical music and formality; cyberpunk, anime, sexual tension; trauma, innocence, fear of death; kink, lots of weed, and wanting to connect with people, but not on the terms of a status quo. That kind of sums up &&&&& for me.”

Stream the first track off &&&&&, “Knot,” below and pre-order the mixtape here ahead of its September 18th release.