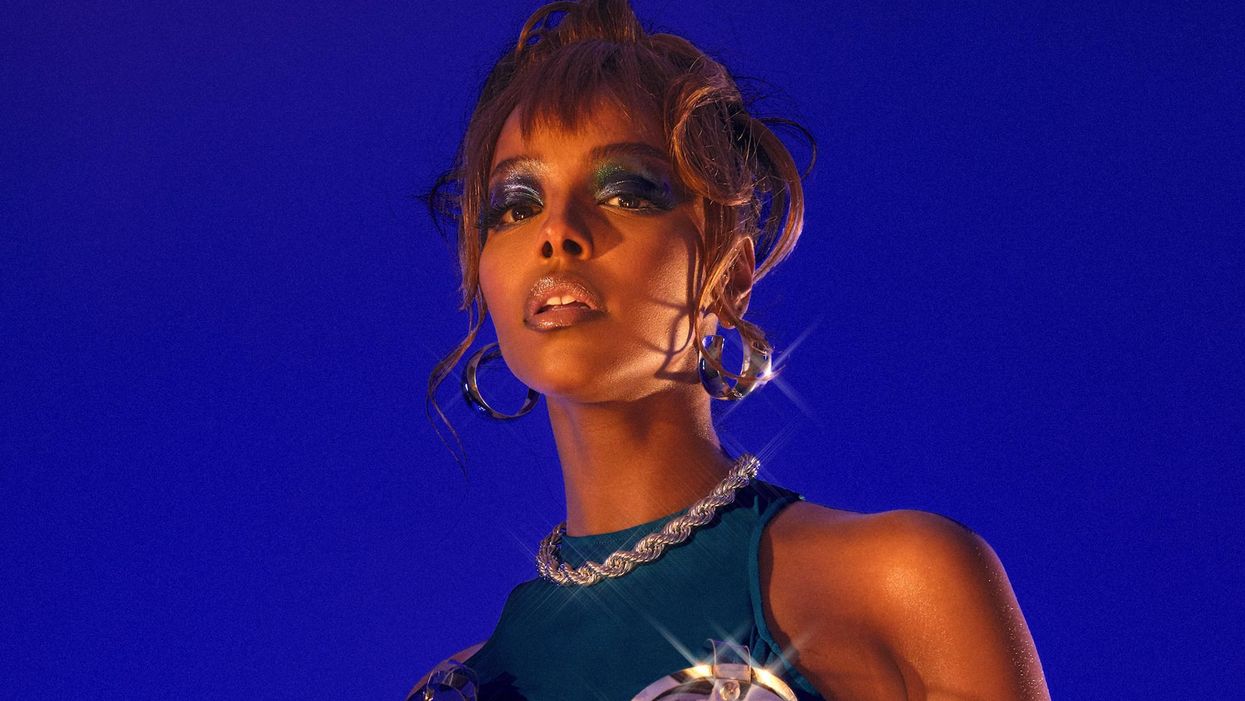 On Milly, Amaal’s sophomore EP due out this fall, the Somali-Canadian musician dives head first into her alter ego: a more unapologetic version of herself that champions the power of women, from their intimacy to autonomy, without any ounce of shame.

The first sultry single, “Honey,” is a realization of this strength, specifically ushering in a sexual liberation that she says is considered taboo in her conservative Muslim community. “The music is a celebration of my womanhood,” Amaal says. “It’s the sound of me reclaiming my power, my pleasure, myself.”

Produced by Grammy-nominated duo Nicky Davey, “Honey” is impossibly slick with cool metallic percussion throughout, as Amaal’s vocals glide smoothly above: “I got that honey/ Sweeter than money,” she sings, somewhat nonchalantly, on the chorus.

The accompanying visual puts Amaal inside a futuristic, sci-fi environment, featuring styling from Lebani Osmani, who pulled in looks from Area, Marine Serre, Herve Léger and beyond. She builds off her empowering, seductive lyrics through fashion and setups that put her figure on display, from body scanning to silver chest pieces.

Related | IDMAN Was Born for This

As the fourth of 10 kids, Amaal was born into war-torn Somalia where she lived with her family until they fled to Toronto in the early ’90s as refugees. While her early work centered largely on social and political unrest, Amaal adopted the nickname “Milly” once she spent more time outside her immigrant family and wanted to freely express other sides of herself.

Stream “Honey” by Amaal, below, and prepare for the Milly EP, which follows her 2019 debut project, Black Dove.