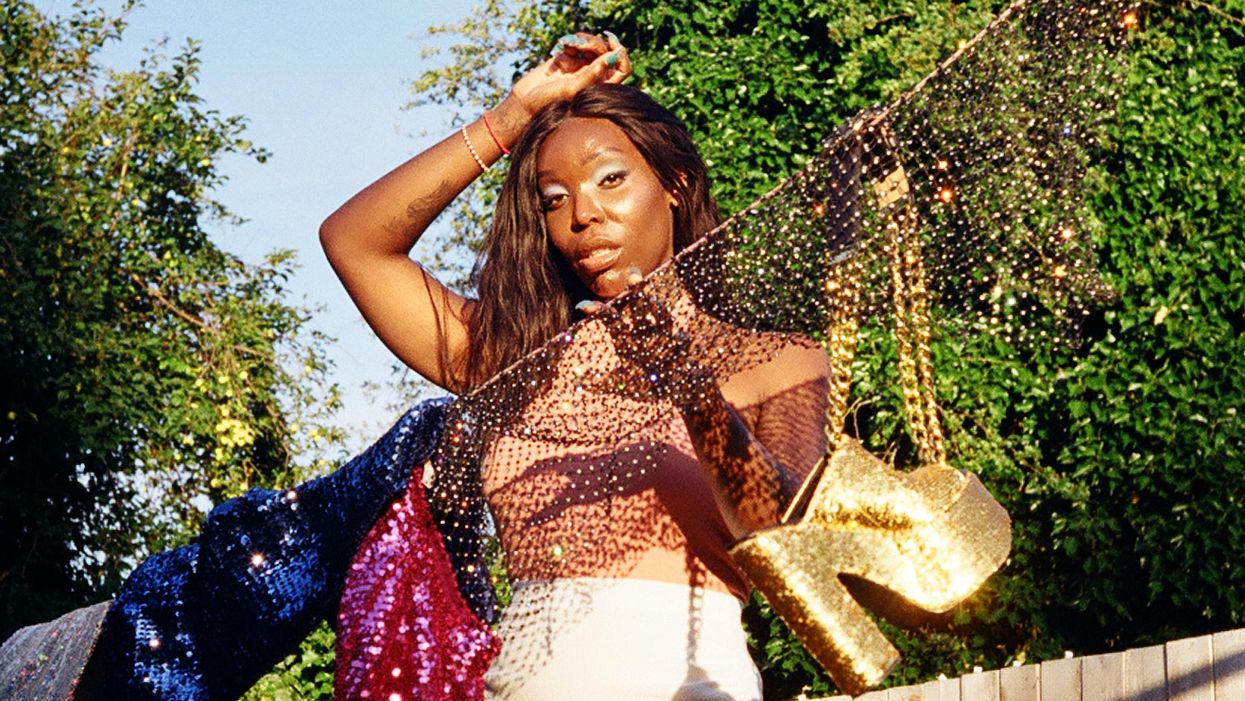 Ah-Mer-Ah-Su is feeling the mid-summer heat on her new single, “We Got It All,” off the musician’s forthcoming EP, Hopefully Limitless, due out July 26. The material, which was written pre-pandemic, arrives as the world reopens and fills with new possibilities — and Ah-Mer-Ah-Su’s tone reflects this state of hopeful wonder as she sings about her “hands in the clouds.”

Related | If Marshall Vincent Was Your Lover…

The Vice Cooler-directed music video for “We Got It All” looks almost like an opening scene from MTV’s Laguna Beach, featuring Saturn Rising as Ah-Mer-Ah-Su’s co-star. Sun-soaked and sublime, the clip brings the two oceanside, where they run along the beach — in slow motion, of course — and dance around in string bikinis.

Imagine if they actually paved the proverbial paradise with a danged parking lot… wow, how horrible. Joni Mitchell was right, we really have no idea what we got until it’s freaking gone. But what this cover does give us is the feeling of love lost, a world lost, and yet the hopeful strums of an acoustic guitar and the murmurings of perhaps hope? I’m not 100% sure, but this song is a summer jam if there ever was one.

Maybe slightly hedonistic, the thought of maximizing pleasure only, but miss thing! After a year and some change of being cooped up in the danged house, my little feetsies are ready to cut a rug and get the fuck ASAP, as Blac Chyna’s mother so eloquently said on the limited-run Zeus docuseries, The Real Blac Chyna. So yes, currently this song practically screams summer 2021.

I mean who doesn’t love a Conga beat? Gloria Estefan is a vibe, and for me this song brings the imagery of Kirsten Dunst, Amy Adams and a smiling Brittany Murphy (RIP) doing a frankly manic choreographed dance in the 1999 mockumentary, Drop Dead Gorgeous, which with a 2021 lens is definitely problematic! But the song itself makes me think of summer and if you really listen to the piano riffs, they slap!

So while making this playlist I was on a date with a homie I hadn’t seen in a long time and in his words this song made him think of “White Claws and boats,” which I agree with, except for the fact that White Claws weren’t introduced into the market until 2016, so I’m pretty sure the Barbz of drinking age in 2012 were drinking a box of Franzia and calling it a day.

Well yes, summer can be cruel. I know a lot of y’all reading this just finished your quarantine relationships and are going through it. You might be holding up the bathroom line at your local gay bar. For that I cannot blame you. This song is capital E, explicit. But it does feel very appropriate for what I’ve been seeing going out in LA with the dolls.

I have a whole story about a guy from this band whomst I met hella randomly in a bar in Dalton, England one night in the winter of 2016. Then randomly I was at Barbarella’s in Austin, Texas the following summer visiting and this song came on and I was kind of gagged. But it makes my list because if you listen to this song on a warm summer night you will feel very sexy. I don’t make the rules, it’s just a fact.

Miss mamas (Yelle) is saying something about the animals dancing in the safari disco club.Wwhat the heck a safari disco club is, I don’t know. I didn’t finish college. What I do know is, this song is great. It has a four-on-the-floor beat, and it really gave me some kind of strong feeling in 2011 and has yet to leave me.

Sheryl Crow — “Soak Up the Sun”

Do you remember when in the 2003 movie Thirteen, starring Evan Rachel Wood, Holly Hunter and Nikki Reed, when Holly tries to impress her daughter (Evan) by grabbing some iconic clothes thrifted from the boardwalk and they have like a montage moment. This song recreates that moment for me. It makes me feel like Holly Hunter as Melanie Freeland in 2003.

I don’t personally know LAUREL, but she reminds me of someone I would meet out here in LA at an after hour invite-only party held randomly at someone’s house off Muholland Drive, who either collects art or is involved in the entertainment industry. But in a really good way, like she feels like a peer, you know. Anyway, that aside. I really like this song and I have BLASTED this song driving up the US-101 highway northbound towards Hollywood at least thrice.

It’s giving very Ari-anka, very mother monster, but also very A Club Called Rhonda. Disco is all the rage with the kids these days. I admit to double dipping and earlier this year adding this song to a playlist I curated for Santa Monica’s NPR station KCRW, but I put the regular track not the remix. So I think it’s okay. Basically, blast this song at any moderately hip kick back and people will go crazy.