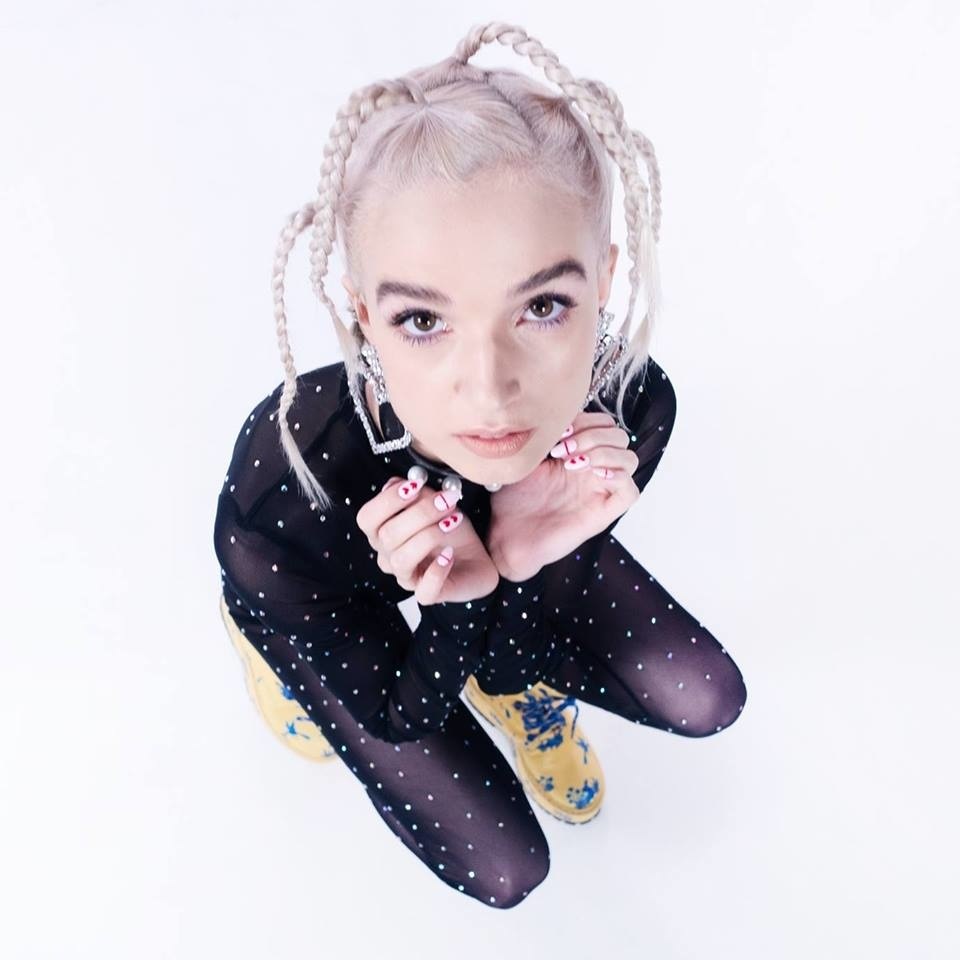 Fresh off the release of sophomore album, Am I A Girl?, internet mystery and pop machine Poppy is already gearing up to release new music, and is exclusively announcing to PAPER that she’ll be at VidCon in Anaheim this year as a featured creator. Taking place from July 10-13 at The Anaheim Convention Center, this will be VidCon’s 10th anniversary convention.

For the past decade, the event has brought a radically digital world, featuring mostly YouTube content creators, into the physical space for fans to rub elbows with their favorite stars and experience the internet in “real life.” One might be surprised, then, to hear that Poppy — the looping, persona-driven internet pop star — has never attended the event. Poppy’s entire image, sound, and story rely on the parody and sense of hyperreality that results from the intersection of the physical and the digital worlds.

In addition to the 10th anniversary appearance at VidCon, where Poppy will be performing on the main stage, Poppy will be releasing a new EP this summer, pre-VidCon. Poppy has got tons of new music on the way, with the EP’s first single coming out at the end of May, titled “Scary Mask” and featuring rock band Fever 333. While many are speculating about the song’s sound and the ensuing era for the new project, Poppy has managed to keep much of it under wraps for the time being.

PAPER caught up with Poppy to hear more about what fans can expect at VidCon, some EP secrets, and a potential collaboration with Azealia Banks. Those wishing to see Poppy at Vidcon this year can purchase tickets online here.

Hi Poppy, how are you?

I’m good, I’m so excited to hear that you’re doing VidCon this summer!

I don’t know yet, I’ve seen it unfold in previous years and the energy is really great there, everyone’s always excited to see their favorites.

Have you ever been as an attendee?

I haven’t, but it’s really close to Los Angeles, so I’m really excited that I don’t have to travel very far.

That’s definitely a plus. It’s in Anaheim.

Yes, and I will be performing on the main stage.

People are going to be psyched about that. It’ll be like the internet in real life. Does that scare you at all, encountering that intersection of the physical and digital?

It only excites me. I think it will be really fun to be around other people that are from the internet.

None
“I think my sound evolution happened naturally. I feel like it’s a sound that’s always been inside of me, but it hasn’t been until the last year when I really harnessed it.”None

You’re performing on the main stage. Have you started thinking about what kind of setlist you want to put together?

Yes, well, the set is going to be a little shorter than I usually perform, but that doesn’t mean it won’t be exciting. I’ll just have to come with even more energy than usual. I will be performing “Scary Mask,” my new song that comes out on the 29th.

I saw you teasing that. Do you ever go on the PopHeads subreddit? People were talking about it.

I do read Reddit and I did see that. I think I just saw it maybe a couple of minutes ago before we got on the phone. It seemed like everybody was really excited.

I think people are excited about where you pull influences from and how you cultivate your sound. Do you think your sound has changed over the years?

I think so. I’ve been a fan of Fever 333 for a while. We have some friends in common, and when I found out that they knew about Poppy, I felt like, “This must be meant to be.” The main riffs in the song were written by Stephen, the guitar player in Fever 333, and then Jason is singing on the song, as well. I think my sound evolution happened naturally. I feel like it’s a sound that’s always been inside of me, but it hasn’t been until the last year when I really harnessed it. 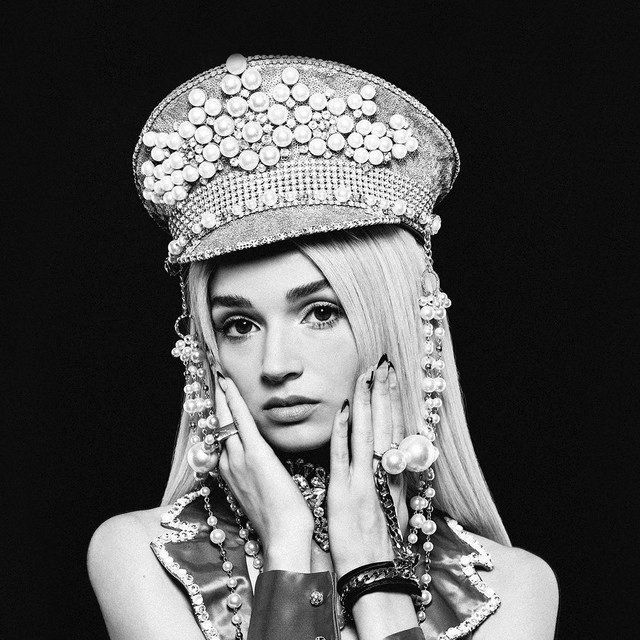 What is “Scary Mask” about?

It’s about wearing your scary mask when you feel like you don’t belong. I wrote it the day I walked the carpet for the AMAs in my scary mask. It was very inspiring to me. I’m really excited for everybody to finally hear it because I’ve had it for so long now.

You’ve had it since that day?

I also wanted to ask, are you going to be meeting fans at VidCon as a featured creator or just performing?

I hope to meet fans! I’m not sure what the layout will be, but I really would like to meet my fans.

You’ve done meet and greets before, what are those like?

On my tour, I do Salvation VIP experiences. They’re confessionals, so I usually do them before my performance on tour. I feel like the reactions when people meet me are very varied. Sometimes they ask me very elaborate questions, which I try my best to answer, and other times they will cry, which I am not sure how to feel about that, but I usually try to give them some words of encouragement. “Oh, it’s okay, don’t cry.”

I think that’s what’s interesting about VidCon, and why so many people flock to it. When you have an internet presence, people get connected to you on their screen, and then suddenly it’s real life. I think the physical connection can be overwhelming.

Yeah, but I feel very blessed to be able to connect with so many people on the internet.

I also saw rumors that you were working with Azealia Banks on a track this past week. Did you two make a track?

Well, I wasn’t able to go to the studio because I was working on some other projects. I know she’s making a lot of new music that I can’t wait to hear. I am a fan of her music and I think she’s very strong and powerful.

None
“I feel very blessed to be able to connect with so many people on the internet.”None

I saw she also announced she was going to have Slayyyter and Abra on a track, too. Have you heard Slayyyter’s music? I think she’s in conversation with a lot of the digital themes you’re into as well.

I actually didn’t until Azealia told me about her, but I really like her visual style.

Well, I’m excited to see what you pull out at VidCon. Are you planning to make “Scary Mask” a part of a larger project down the line?

Absolutely. I’m not sure if I’m allowed to technically say it yet, but I’m going to say it anyways. I have an EP coming out as well in June. “Scary Mask” is a part of that.

Amazing. I guess by the time VidCon happens, everyone will be able to listen to that and have it stuck in their heads.

Yes, it’s all very exciting. It seems like it’s been a while since I released music because I have so much of it. I’ve just been very anxious to let everybody hear it. I know my album only came out in October, but I’m ready to release more.